AMWU members at the Heinz factory in Victoria are looking forward to a “baby bonus” after the company decided to meet booming demand for its infant food products by putting on more permanent workers and adding weekend shifts.

The happy news is that 10 new fulltime positions at Echuca have been filled by experienced casual workers, with the extra production also meaning that management agreed to convert a further five casuals to permanent part-time.

Heinz is now running production on weekends, opening up attractive penalty rate shifts up to double time for both Saturdays and a new Sunday evening start-up.

AMWU National Food Secretary Tom Hale visited the Echuca baby food factory a few weeks ago to assist with a smooth transition, with management agreeing to take on the new production workers from longest-serving casuals in accord with the existing agreement.

Eight of the new full time jobs are on production and two are in maintenance.

The new permanent part-timers have been casuals at Heinz for the nine months qualifying period, with Mr Hale predicting they could also be converted to full-time as early as Christmas. 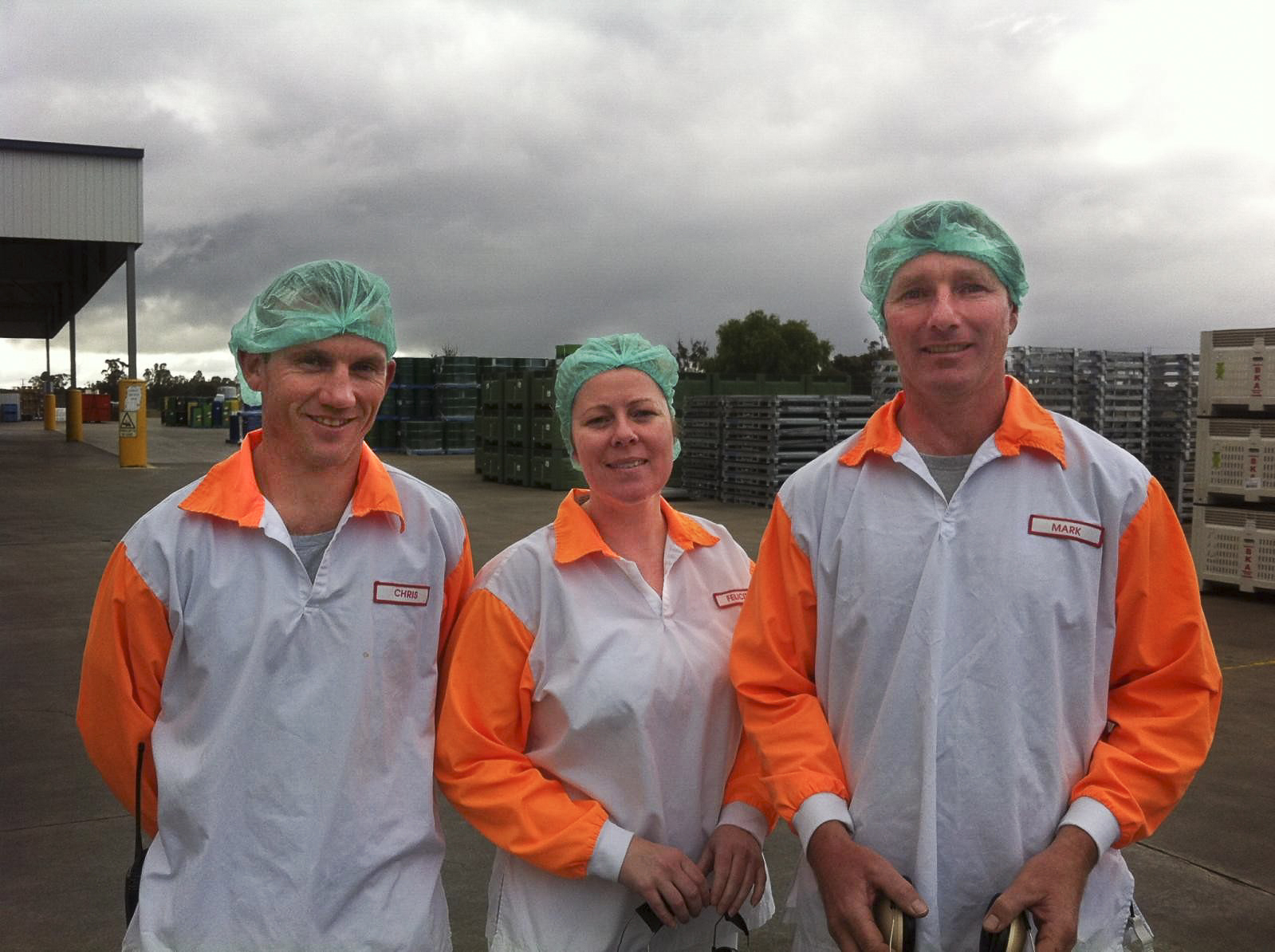 All set for set hours: AMWU members Chris Eddy, Felicity Cocks and Mark Thompson are among the 10 Heinz workers happy to be converted from casual to permanent.

New  plastic pouch 120g packaging introduced about three years ago has become increasingly popular with parents of babies and infants, but demand has taken off since a cap and screw top replaced the tear-off type for fresh food-mix combos.

Union delegate Ray Clifford said production for domestic and export markets was busier than ever, with the extra jobs great for morale and extra shifts meaning more pay to be poured back into the Echuca community.

“The new full-time positions have been offered to casuals, in the past people had to wait quite a number of  years to gain permanency but these jobs have become available for people after a few years,” he said.

“They’re over the moon about it, in fact everyone is really happy at the prospect of an extra few hundred dollars in take-home pay with extra work. When some places are struggling, it’s great to see us doing well.”

Felicity Cocks was thrilled to be among the casual workers chosen, relishing the certainty that permanent shifts will bring to their family life.

“I’m in the filling department, I’ve worked two years casual and I’m fortunate to have secured a position – permanent days will be great for the family,” she said.

“It means not being called up for work at random times, or being sent home.”