Jacob Catt, a 21-year-old AMWU member from Newcastle, has gotten an early Christmas present this year: winning back over $11 000 in unpaid wages.

In his former job as a labourer at a shipping container factory in Mayfield, Jacob was underpaid thousands of dollars. As a casual manufacturing worker, he had no annual leave or sick leave, and was only being paid $16.35 an hour.

“I thought that was a bit low, but I did not know what I was entitled to,” he said.

It wasn’t until he checked with his dad, a member of the Rail Tram and Bus Union, that he realised the mistake. Jacob had joined the AMWU while working at the container factory, and the case was referred to the union’s legal team.

“Dad’s always been there to guide me, and along with the AMWU who’ve helped support me throughout this process,” said Jacob.

Jacob’s former employer was ordered by the local court to pay $11 000 in unpaid wages with interest, as well a penalty for contravening the Fair Work Act. 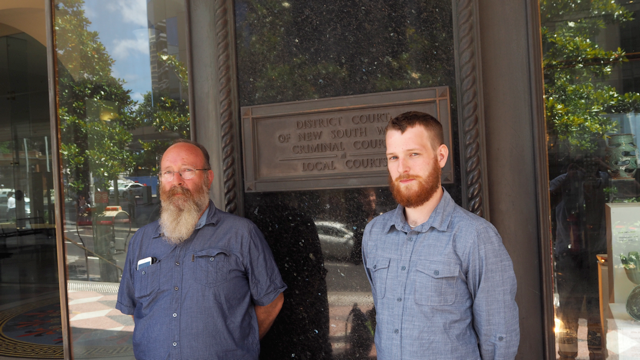 Jacob and his dad.

“I’m glad that it will be over and done with and I can get what I’ve worked for,” he said.

The AMWU has welcomed the decision, and believes that it is an important reminder that workers, especially young workers, should check how much they deserve to be paid for the work that they do.

“When you get your first job sometimes it’s difficult to know how much you’re supposed to be paid,” said Tim Ayres, Secretary of the AMWU NSW.

“Jacob’s story is an important reminder how important it is for young people to join their union and to know about their rights at work.”