The workforce at the Mission Mexican food products factory were stunned on Monday morning as news spread that the popular mother of four had died with her best friend in a car accident the night before.

Mrs Nikolic, 57, worked on the taco line at Gruma and had been a strong and forthright union member at the industrially difficult site for six years, almost since it opened. 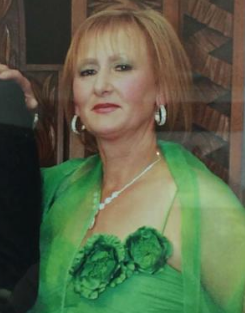 Will be missed: Bozica Nikolic

She was respected by her workmates and supervisors  for her up-front honesty about  the rights of  fellow workers, particularly when their first union agreement was negotiated four years ago.

“She was a courageous and generous woman, very hard-working and none of us can believe she is gone,” said AMWU delegate Dakena Thomas.

“Bozica was a leader in our workplace, a morale-builder who shared her time with everyone. Any time someone would leave, or at Christmas time, she would organise a get-together in the canteen.”

Mr Thomas said Mrs Nikolic, originally from Bosnia, was renowned for teaching other workers her European recipes and bringing her delicious speciality dishes from home for everyone to share.

On behalf of all AMWU members, we pass our condolences to Mrs Nikolic’s  family, friends and workmates.