Last Monday (4 December), Deputy President Bull handed down the recommendation in an attempt to try and resolve the long-standing dispute, which was accepted by maintenance workers and the Union at the mine.

The package in Deputy President Bull’s recommendation was the same as an in-principle agreement reached at an FWC conference in mid November, but with one variation.

Deputy President Bull recommended the rate for that shift "remain at that proposed by Griffin Coal, save for any occasion where a production roster panel or 10 or more employees are placed on a 12 hour roster for more than 21 days".

When this occurs "any maintenance employees working a 12 hour roster at the time shall revert to a rate no less than the 12 hour production rate plus 4% for as long as the production workforce remain on a 12 hour arrangement".

“This recommendation is a common sense, middle ground outcome for both parties, and it’s incredibly frustrating that Griffin Coal has not picked it up,” said AMWU Branch Secretary Steve McCartney.

“Instead they are picking apart the recommendation and trying to substitute the Commission’s practical solution, with more pain and pressure for their workers.

“Griffin Coal were all too happy to involve the Fair Work Commission to terminate their workers’ EBA when they brought this current bargaining application to the Commission.

“But now that the Commission isn’t giving them what they want, they’re spitting the dummy.

“We can only hope that Griffin Coal sees sense and accepts Deputy President Bull’s recommendation and finally ends this long-running dispute so that our members can go back to work, and they can go back to running the coal mine.” concluded Mr McCartney. 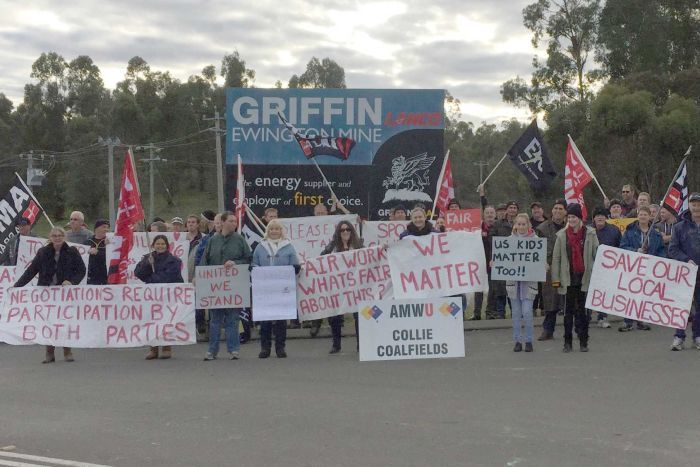