AMWU members on the nation’s largest LNG project have begun voting on whether to take industrial action after employers refused to meet workers’ demand for rosters which give a proper work-family balance.

Fly-In Fly-Out members on Chevron’s Gorgon project in Western Australia have been left with no other option after management refused to properly recognise that the impact on mental health of long working weeks far from their families was their number one concern.

The AMWU is among unions at Barrow Island that have recommended industrial action in order to achieve a 20 days on, 10 day off (2-1) roster.

“Workers have repeatedly rejected the company proposals for this enterprise agreement, they want to set a better standard for the industry because they feel so strongly over this issue,” AMWU WA State secretary Steve McCartney said.

“There have been too many deaths and family break-ups from the pressure of FIFO work and trying to ease this is the number one priority of workers.”

The workforce has settled on pay, but have four times voted down the employer’s proposed variations on the existing 26 days on, 9 days off roster.

AMWU members are among about 1800 workers on the project which began voting on Tuesday for a campaign which could include rolling stoppages up to 24 hours and work bans.

Mr McCartney said that workers would not tolerate Chevron trying to use the possibility of industrial action as an excuse for its own inefficiencies which had caused delays to the first exports of gas from Barrow Island.

Chevron have told shareholders the first exports on the $74 billion project may be delayed until 2016.

The 20/10 roster is consistent with the recommendations of shorter rosters made by the recent WA Parliamentary Inquiry into the mental health impacts of FIFO work. It investigated widespread depression among the workforce, relationship breakdowns and suicides.

Chevron have tried to shift responsibility for the dispute on to the direct contracting concern employing many of the workers, CB&I - Kentz.

“Chevron will always point to the subcontractor but we know who we have to beat – we have to beat the multinational that made $25 billion last year off the back of these workers,” Mr McCartney said.

“They are determined to improve their rosters so they have reasonable time with their families.”

The voting process is open until August 19, with action possible by the end of the month. 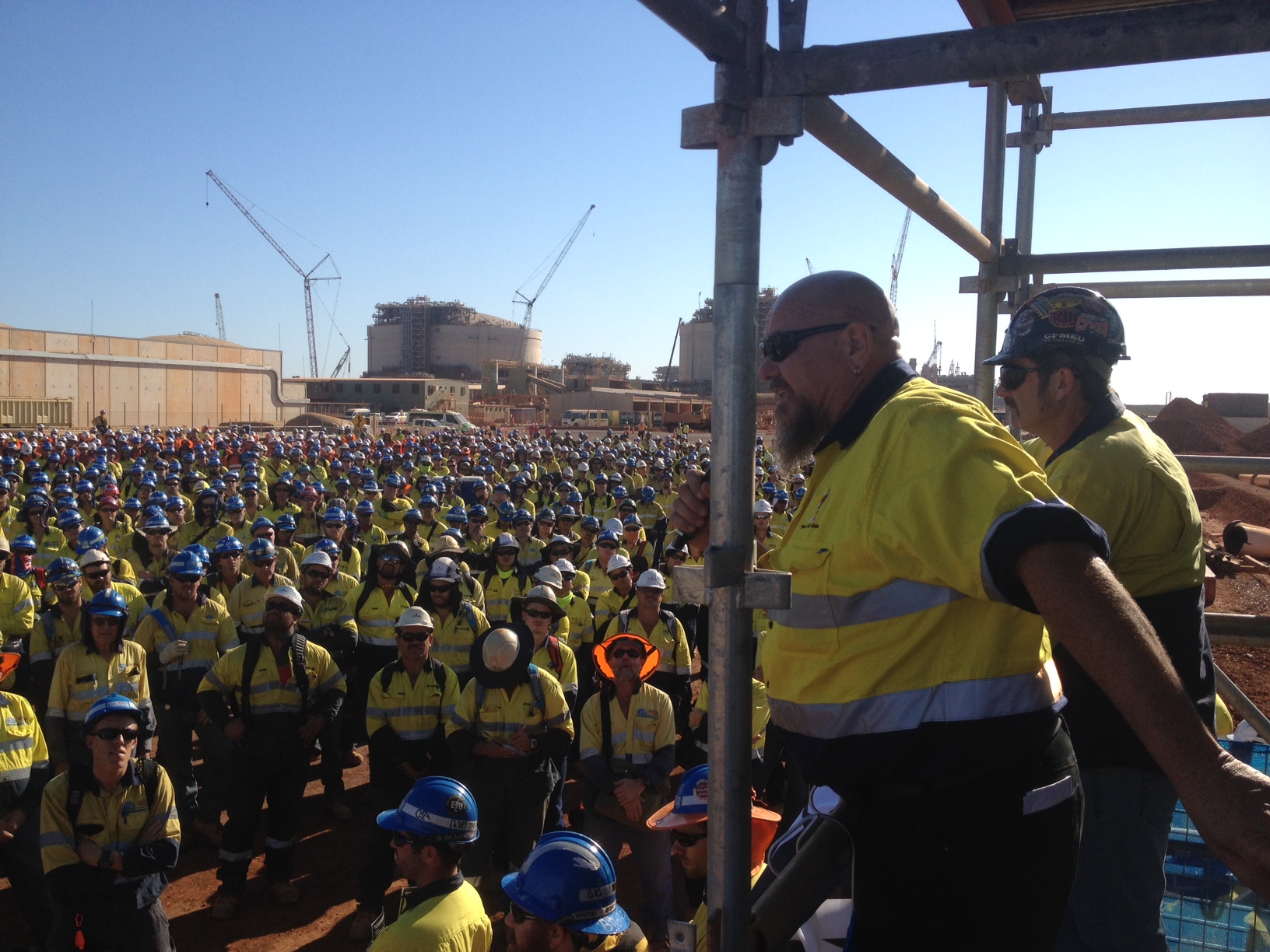