JANUARY 31, 2020 – On the 18th of January this year, the AMWU lost one of our long serving comrades, Dave Goodger.

Dave joined the AEU, one of the unions that amalgamated to create the AMWU, in 1956 at the age of 16 as an apprentice at the Eveleigh rail yards.

Dave then worked at the Colgate-Palmolive factory, where in 1965 he became a workplace delegate. Dave also went on to hold a number of other positions including State Conference delegate, National Conference delegate, and a delegate to the Metal Trades Federation of Unions, before becoming a NSW State Organiser in 1975. He was then elected to the office of NSW Assistant Secretary in 1985, State Secretary in 1986, and National President from 1996-2000.

His comrade Bruce Campbell, former delegate and state organiser described him as “a radical who wouldn’t take a backward step on the job, a good thinker and a good strategist”. It was this combination of determination and strategic thinking that helped deliver the 35 hour week.

Bruce remembers that while Laurie Carmichael was driving the 35 hour week campaign nationally, “Fox Manufacturing in Sydney were the troops on the ground. We went out on strike for 10 or 11 weeks, and Dave was the one who drove it in the local area. He’d be down at the meetings all the time explaining why we needed the 35 hour week, reassuring the workers, and organising meetings with other workers in other shops to get the financial assistance to sustain the dispute.”

“He was a determined and capable bloke”, Bruce said. “Very articulate, and very astute. The campaign for a 35 hour week would have gone nowhere without dedicated people like Dave and Laurie.”

Brian Beer, who served as NSW State President while Dave was State Secretary, described him as “a very good leader with a great sense of humour” who was dedicated to the members and the movement.

AMWU National Secretary Paul Bastian said “Dave was instrumental in many of the major campaigns and disputes of the 70s, 80s, and 90s, including shorter hours, superannuation and equal pay to name just a few. He played a leadership role at both the state and national levels, and we are grateful for his contribution to winning many of the conditions we take for granted today. I am lucky that I could count Dave as a mentor, comrade, and friend. He was a committed unionist to the end and he will be sorely missed. On behalf of the AMWU I’d like to thank him for his service to our movement and offer our condolences to his family and friends.” 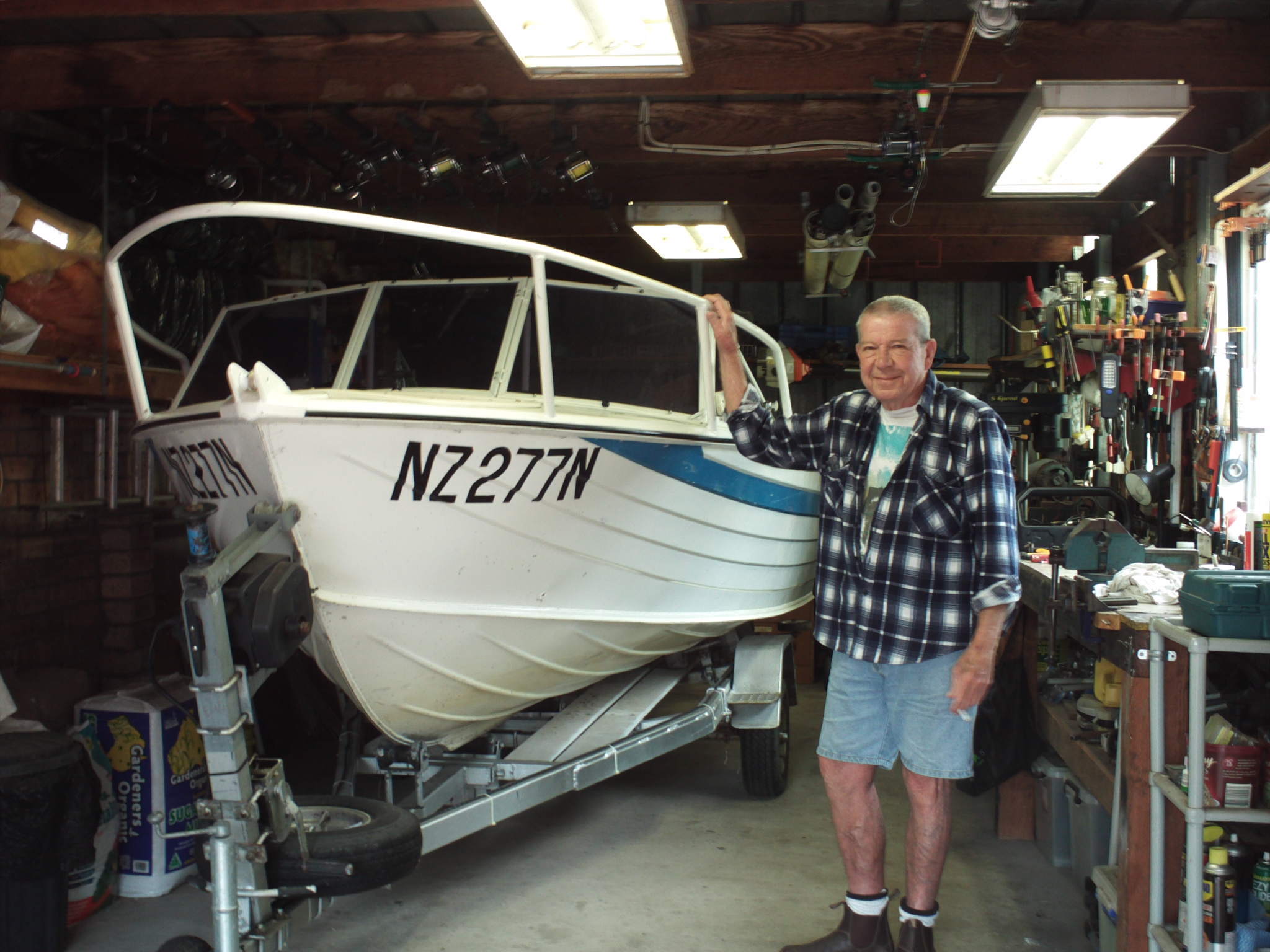 Dave is pictured here in well-earned retirement with some of his treasured things, his boat and shed.