Glenys Lindner’s dedication to helping people via the union movement’s foreign aid arm APHEDA has earned her a $1000 prize for selling most raffle tickets but it’s far from a one-off effort for this outgoing AMWU member.

Improving working lives in developing nations has become central to Glenys and her sister Robyn McQueeney since 2009, with the two women raising funds and devoting some of their leave to travel to APHEDA projects in Laos and Cambodia.

Glenys is an AMWU member with the public service in Tasmania, where she sold tickets at a table in the foyer, as well as enlisting AMWU-member daughter Rose to help sell at May Day celebrations in Hobart. 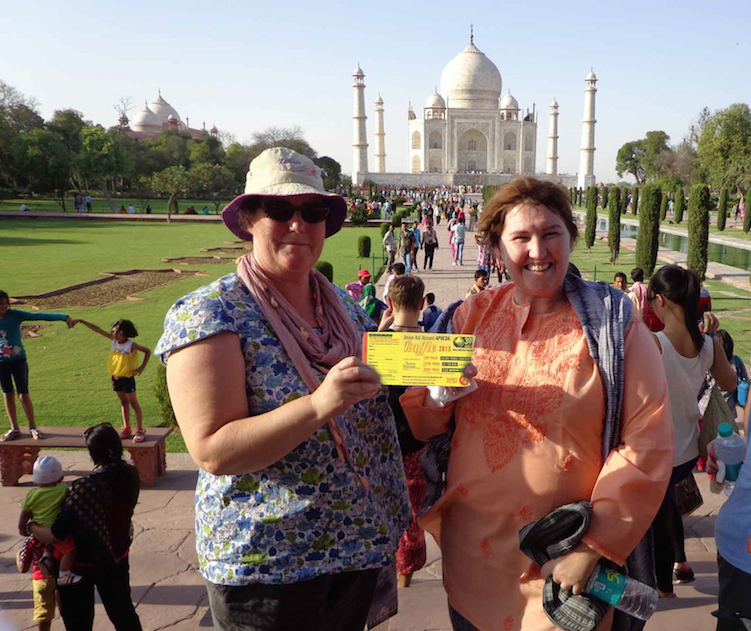 When she visited Sydney she even got permission to sell tickets in the foyer of Unions NSW building in Sussex St., with her final tally being 43 books worth $1720.

Glenys takes every opportunity to raise funds for APEDA Union Aid Abroad projects, such as when she meets political leaders or even on holiday with Robyn in India.

“I was super-focused, there is a fellow from the CFMEU in Western Australia who sells a lot of tickets but this year I wanted the AMWU to get in front,” said the happily competitive Tasmanian.

“My motivation is to help make all workers’ lives better -  too many people in Asia are exploited, many work with asbestos or suffer terrible workplace accidents. It’s very easy not to think about that back here in Australia.” 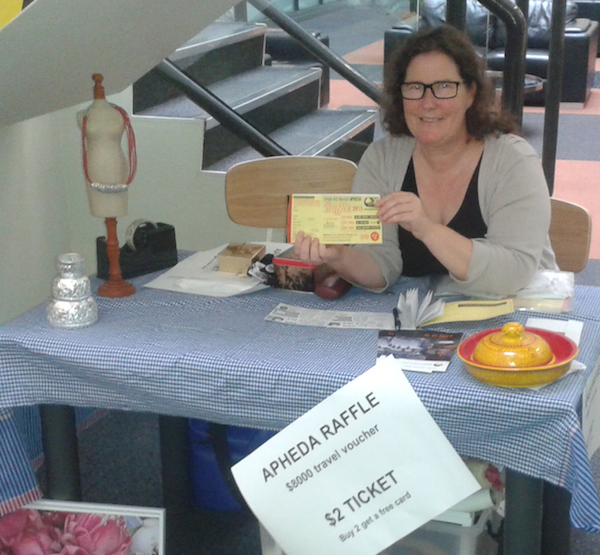 Portable sales: Glenys sets up in the foyer of a Hobart building.

In Cambodia last year the sisters visited a union trade training centre in Kampot, a APHEDA food security project to restore fishing grounds and a school in Phnom Penh where former sex workers are given office re-training and health instruction.

“We learn all about these APHEDA projects so we can spread the word back in Australia to raise more funds,” Glenys said.

Glenys plans to put her $1000 travel voucher towards her next journey offshore.

“The plan next year is to go to Cuba and see the Union Aid Abroad projects there, it’s a place I never thought I’d get to but this will help,” she said.

“Glenys does a fantastic job in bringing in donations to APHEDA through union and community events -  she well-deserves this prize, which I know she’ll use thoughtfully,” he said.