A landmark political win for the AMWU means that $800 million desperately needed to help auto components suppliers diversify and secure jobs will begin to flow next year, if a Labor Government is elected.

AMWU National Vehicles Secretary Dave Smith said that many auto chain companies across Australia had the ideas and plans to successfully adapt their operations before the major car maker’s close but the Abbott Government had failed to support them, as it provided totally inadequate funding.

The AMWU have secured a commitment from the Federal Labor Opposition that $800 million currently unspent Automotive Transformation Scheme (ATS) funds that the Abbott/Turnbull Government intends to hoard into its coffers will be diverted to the industry instead.

This was guaranteed in July when the ALP’s National Conference voted to revamp the ATS and direct all that funding into an industry plan which will cover diversification for auto parts makers and funding for other parts of the industry such as trucks and aftermarket suppliers. The emphasis of the plan will be the development of advanced manufacturing.

“This was a great win for AMWU members because it recognises that to give our auto sector a fighting chance of finding new markets and adapting to make new products, the companies involved will need an extra leg-up in those early years,” Dave Smith said.

“The ALP accepted our arguments and agreed if it is elected to divert the unspent $800 million from the ATS to help those firms.

“This is about helping our manufacturing companies make the extremely difficult transition beyond the end of car making - it means a chance of jobs and security.”

The Federal Government tried to claim credit for “abandoning” plans to cut the $900 million ATS, but it was soon revealed that little more than $100 million of those funds would actually be spent on the major car manufacturers GM, Toyota and Ford before the end of 2017.

It has hoarded the unspent money, instead allowing just $62 million for a New Generation Manufacturing Investment Program, which South Australia’s Premier Jay Weatherill described as “pathetic.”

That program was flooded with hundreds of applications totaling at least $554 million, causing a delay of over many months before the lucky few recipient businesses in SA were notified in August.

South Australia received $29 million, enough to create just 430 jobs in response to the loss of Holden. Victorian applicants are still waiting for their outcomes. CHECK HERE

“The Government knows full well that pushing the car makers out has exposed over 50,000 workers in the automotive industry, where wide job losses are certain, but it is prepared to impose that because it has heartless faith that the market can fix everything” Mr Smith said.

“It has left suburbs of Melbourne, Geelong and Adelaide where families have traditionally relied on the auto industry facing a social, unemployment crisis without any adequate adjustment plan.

“The chance of diversifying so companies can make new and varied products and retain a portion of auto jobs, relies on getting rid of this current Government.” 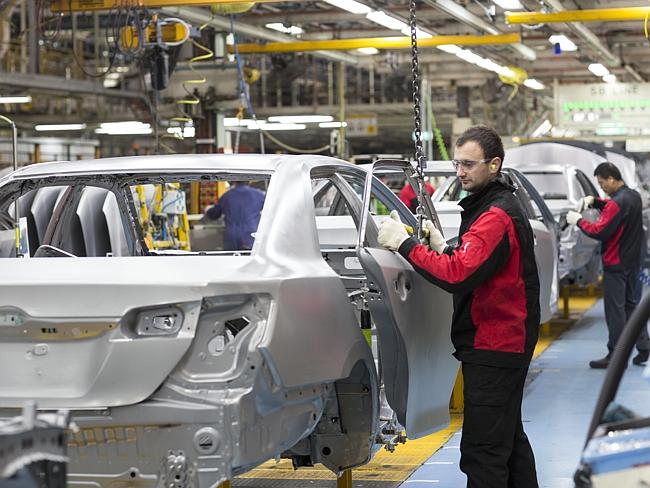