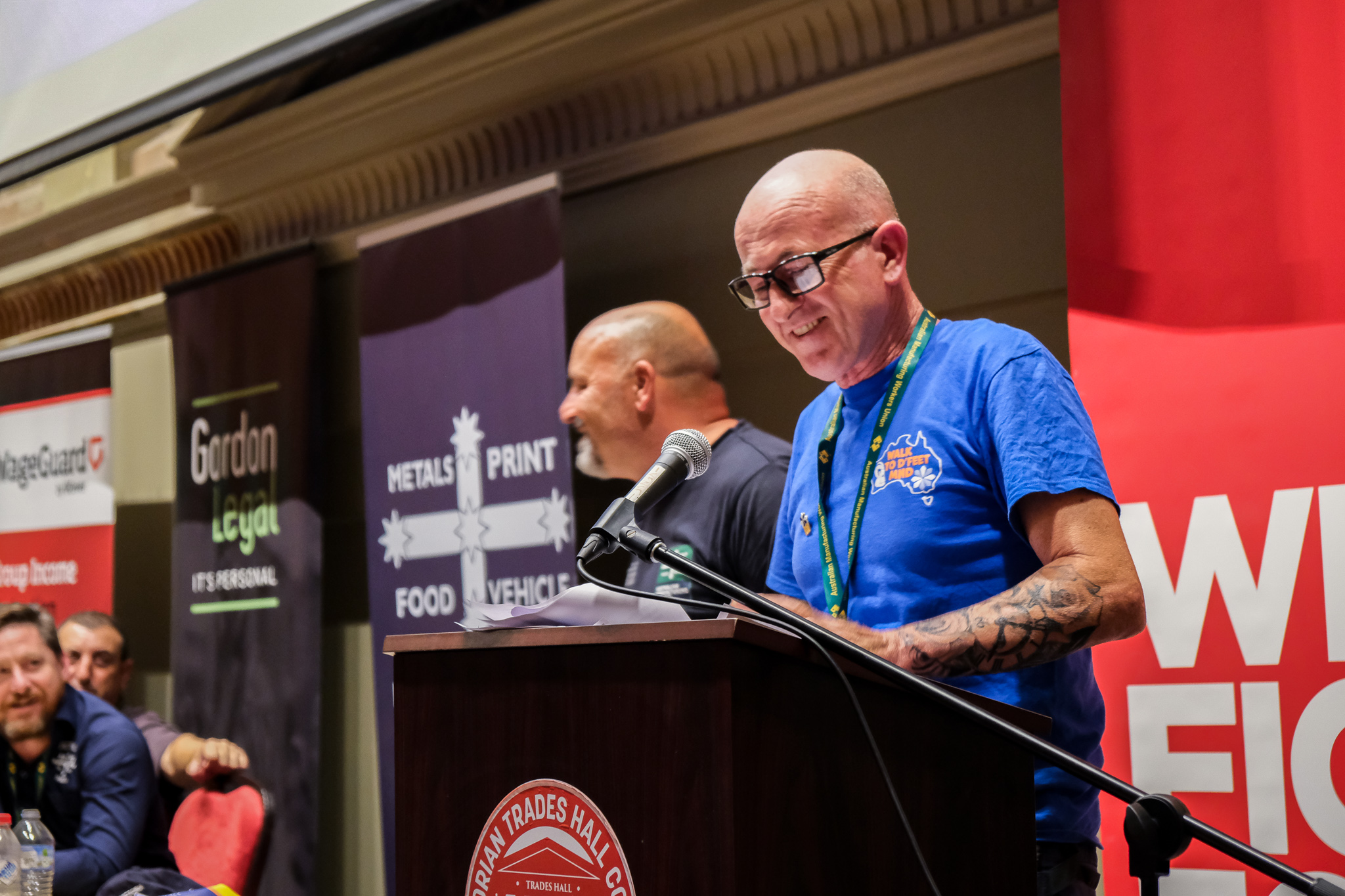 In his own words, the last 12 months for Lactalis Echuca shop steward Fred Mulloso have been the worst of his life. In early November, he was diagnosed with Motor Neurons Disease (MND), shortly after his employer stood him down as a result. Fred's world came crashing down around him.

After coming to terms with his illness, Fred was determined to return to as normal life as possible and not just sit around dwelling over this horrible disease. This meant heading back to work.

The next few weeks were dedicated to Fred getting his GP and specialist's clearance. In no time at all, Fred was given the all-clear from his medical team to return to full and normal duties. Things began to look up for Fred.

"I thought it would be happy days for me, but in a cruel twist, my employer Lactalis, formerly Parmalat, refused my treating doctors clearance saying I was an OH&S risk."

"Instead, they attempted to bully me into allowing them direct contact my GP and neurologist as well as all my personal and private medical records," Fred said.

Once Fred refused Lactalis' request, management demanded that Fred see the company doctor to get the final ok. However, the AMWU and Fred stood firm, as they believed the company doctor was not a specialist nor an authority on MND, and they wouldn't be able to assess him properly.

The doctor's lack of expertise was recognised, and Lactalis finally agreed to accept the paperwork issued by Fred's medical team. The issue seemed to be put to bed, but Lactalis still put roadblock after roadblock in Fred's way to postpone his return to work, dragging out the process over three months.

Although Fred won and is back at work, he put a resolution to the forum to make sure no worker has to go through what he has over these last few months.

"We must campaign to change legislation to improve the rights of workers who are provided medical clearances by their treating doctors and specialists to return to work from either work or non-work-related injuries and illnesses."

"The employer having the right to discriminate and refuse the right to work leaves the worker held to ransom to attend a so-called knowledgeable and expert medical assessors who are paid by big business and have zero empathy for the worker."

"A worker's private and personal information must be strengthened to prevent future exploitation from all third parties."

As more and more companies use bogus fitness for work testing to remove and mistreat workers, it is vital that we legislate further protections for workers. This is AMWU's commitment to Fred.