Ford production ceases today after 91 years as the first of a series of closures in the auto industry takes effect.

Workers at the factory entered the front gate in a sombre mood as 580 of them will lose their jobs as the last Falcon and last Territory roll off the line at “Broady”.

Final engines, panels and parts were sent up from Geelong, when the engine, stamping and casting plants there wound up last week.

A ceremony on the  Broadmeadows final assembly floor (below) will take place this morning, watched via video by Geelong workers.

About 800 people are effected by the end of car-making, but hundreds have already left since the announcement in May, 2013. Thousands more workers in supply chain firms have finished or changed jobs.

About 170 people in production areas will continue at Ford, switching to the research and development centre in Geelong, You Yangs proving ground,  parts centre at Broadmeadows and the engineering and design centre. Ford will still employ about 1600 people.

“If you want to know the result of Australia providing the lowest support to the auto industry of any car-making nation, have a look at these great, skilled workers walking out the gate at Ford,” he said.

“They’ve given Australians a great ride in world-class cars over many decades, while achieving decent workplace conditions and wages to raise their families. Our members remaining can be assured, the AMWU is riding with them.” 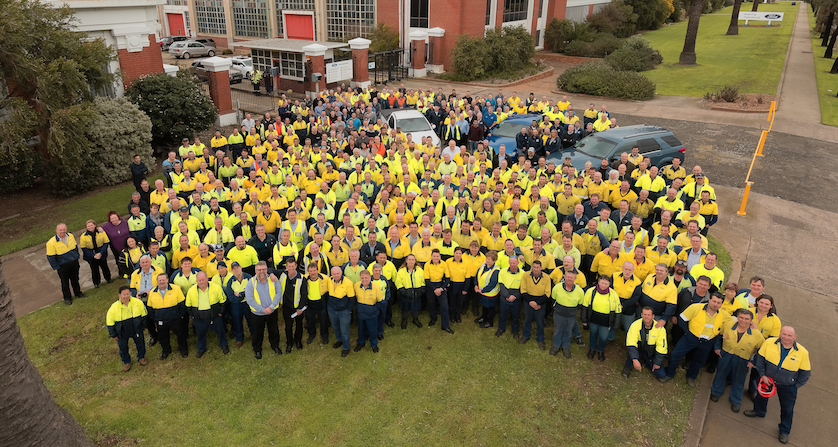 Farewell: The final production workforce from the Geelong engine, stamping and casting plants. The site will stay open into 2017 for a Ford project involving advanced vehicles.

The Ford closure comes the same day Holden ceases making the Cruze, with 280 Holden workers at Elizabeth due to take redundancies this month.

AMWU National Secretary Paul Bastian said funding to assist all auto supply workers to transition must be boosted further as Holden and Toyota close because it was insufficient, particularly from the Federal Government.

“The Coalition has known about this Ford closure for over three years with Holden and Toyota winding down too, but they have hoarded over $800 million in Automotive Transformation Scheme funds and refused to re-direct it to help supply chain firms or re-training,” he said.

The Ford Transition Project continues, with Outreach Support Centres at Broadmeadows (opposite the plant) and two in Geelong now offering a continuing range of services from Auto Skills Australia (ASA) and outplacement providers.

The AMWU and Ford management have co-operated closely since May 2013 to ensure workers were given time to gain skills recognition through Recognition of Prior Learning certificates.

Hundreds have also been taught skills to gain jobs, done subsidised TAFE courses and been picked up by firms in warehousing, logistics, security or by government departments.

Ford Broadmeadows delegates Paul Boulos and Stewart Harris said today felt like a family break-up, but what most mattered for members was the continuing Ford Transition Project.

“We leave now, we leave proudly because of what we’ve passed on to other auto workers.” 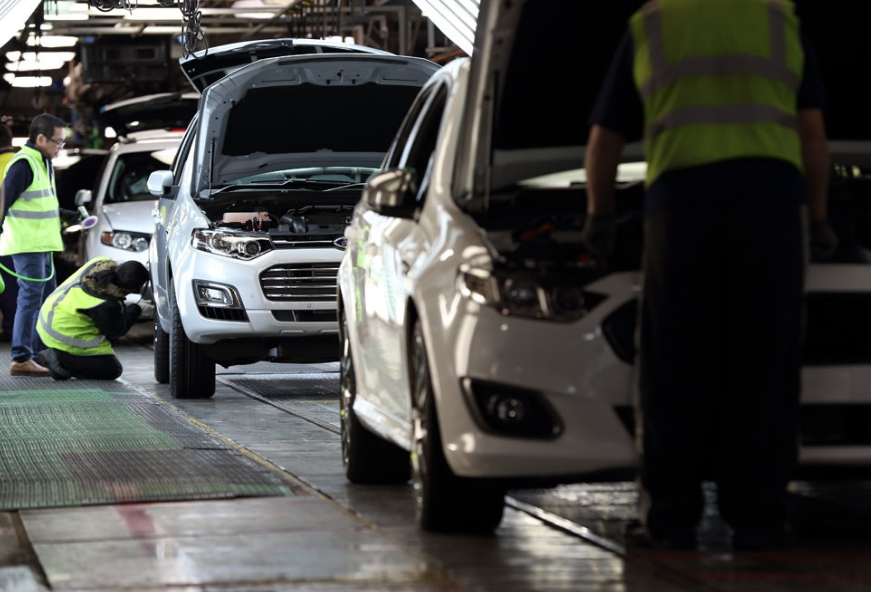 End of the line: some of the last Falcons being checked.