The Australian Manufacturing Workers Union has welcomed the Fair Work Commission recommendation regarding the ongoing dispute between Griffin Coal and maintenance workers at the Griffin Coal mine in Collie, over negotiations for a new enterprise agreement handed down on Monday (4 December 2017), and acknowledged Deputy President Bull’s efforts in trying to resolve the long-standing dispute.

The package in Deputy President Bull’s recommendation is the same as an in-principle agreement reached at an FWC conference mid-last month, but "with one difference".

In a bid to overcome a "final stumbling block" on pay rates for those working 12-hour shifts, Deputy President Bull is advocating that the rate for that shift "remain at that proposed by Griffin Coal, save for any occasion where a production roster panel or 10 or more employees are placed on a 12 hour roster for more than 21 days".

When this occurs "any maintenance employees working a 12 hour roster at the time shall revert to a rate no less than the 12 hour production rate plus 4% for as long as the production workforce remain on a 12 hour arrangement".

“The package outlined in Deputy President Bull’s recommendation, but for the one variation, was already agreed to by the parties on 16 November, and is a common sense middle ground for the parties.” said AMWU Assistant Branch Secretary Glenn McLaren.

“The variation regarding the protection of relativities is a sensible solution that takes into consideration Griffin Coal’s situation but also protects the position of our members.

“Having been locked in negotiations since March 2015, this has been a long and protracted process for maintenance workers at the mine.

“The workers and community of Collie are still feeling the adverse impacts of Griffin Coal terminating the existing EBA, with the workers having been on strike for the last 17 weeks.

“It was Griffin Coal who brought this bargaining dispute to the Commission.

“We would be extremely disappointed if Griffin Coal took the unprecedented step and ignored the Commission’s recommendation, particularly one as sensible as this.

“We now urge them in the strongest terms, to pick up the recommendation from Deputy President Bull, and let the parties move on from this dispute.” concluded Mr McLaren. 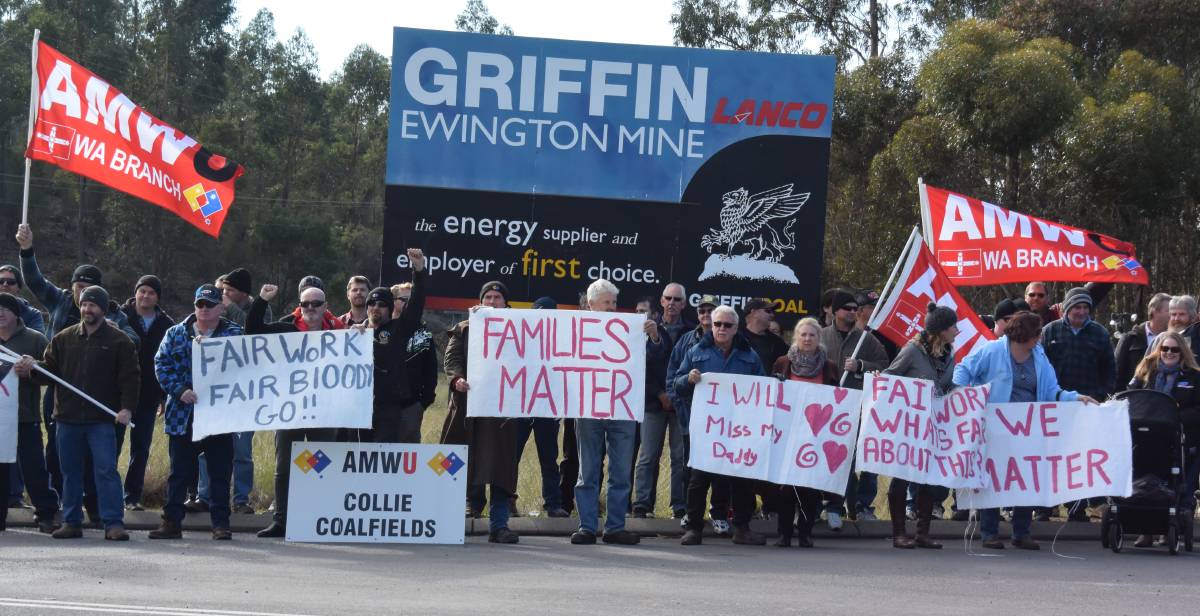