Fair Work Act Not So Fair

It’s called the Fair Work Act, but a series of high-profile disputes have workers and unionists wondering where the fairness has gone.

As workplace scandals continue to mount up, AMWU National Secretary Paul Bastian has called for the movement to fight back, and push for the development of a new system that enshrines workers’ and unions’ rights.

“This system, this framework, has failed,” Mr Bastian said. “It isn’t delivering for working people, and we’re seeing that around the country.”

Over the past two years employers have used a range of legal tactics and loopholes to force workers to accept huge cuts to their pay and conditions.

Employers in the AMWU’s sectors have shown themselves to be extremely militant – with our members copping the full brunt.

Employers are also showing that they are learning from each other and employing the same legal trickery in disturbing patterns around the country.

“What we’re seeing here isn’t one loophole or example of problems with the Act –employers are looking to subvert the Act in different ways and for different kinds of workers – directly employed, contractors, the lot.

Here are just some examples of how big employers have been gaming the Fair Work system to suit themselves.

The town of Collie in Western Australia is built on the coal mining industry, but the current operator of the Collie mine, Griffin Coal, has shocked locals with slashing the pay of maintenance workers by 43 per cent.

Instead of negotiating a new agreement, Griffin Coal simply applied to the Fair Work Commission to terminate the existing agreement, throwing maintenance workers back on the Award safety net.

The company argued that terminating the agreement was in the “public interest”.

The AMWU is continuing to bargain in good faith for a fair replacement agreement for these workers, and the dispute could now be heading to the Federal Court.

In the meantime, the union has recently given evidence to a Senate Inquiry, which is looking into the operations of the Fair Work Act.

In recent weeks, Lanco – owner of Griffin Coal – has moved to further cut the pay of Collie workers.

It follows last year's Fair Work Commission (FWC) ruling that an enterprise agreement between Griffin Coal and the workers could be terminated.

Workers refused to sign the new contract and it has now expired as of March 8.

AMWU State Secretary Steve McCartney said the union was seeking an urgent hearing in the FWC.

"They said if you refuse to sign this contract then you go back to the award rate completely. And the guys refused because it took the democracy out of everything, there's no negotiating when they say 'take it or take it'".

"So we're going to take them to court for not negotiating in good faith." 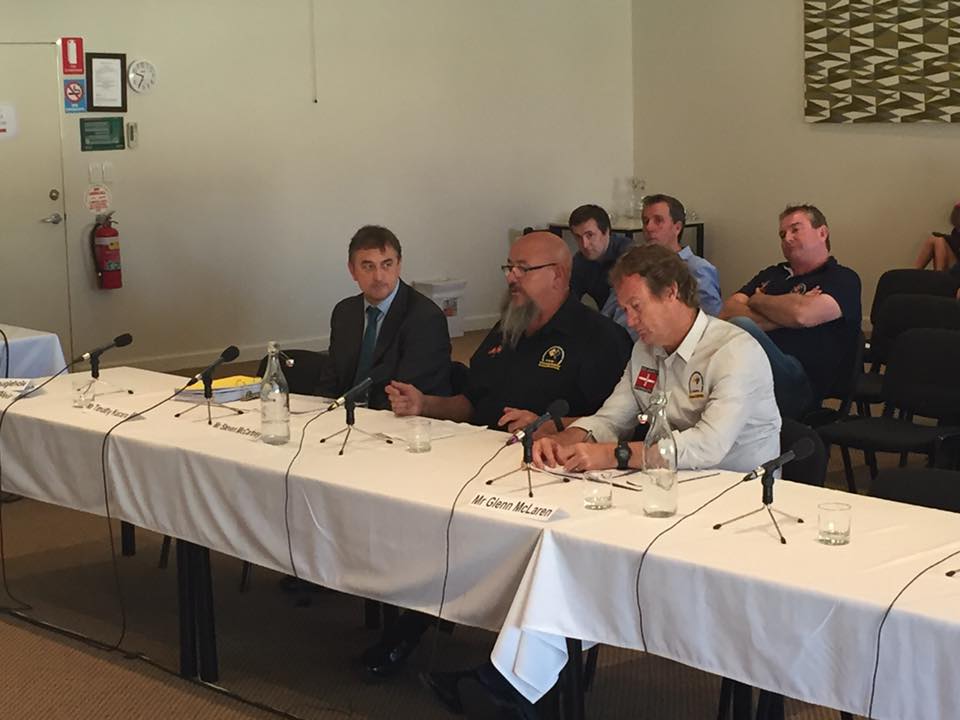 In central Queensland, coal mine workers at German Creek have been locked in a long-running dispute with mine owners Anglo American since their Enterprise Agreement expired back in April 2014.

Workers have been taking protected industrial action, along with comrades in the CFMEU, since August 2016.

The dispute over a new agreement took a disturbing turn when Anglo American sacked 47 of its 140 mine workers in November last year, whilst they were taking industrial action, and replaced them with labour hire strike breakers. This action was later found to be ‘fair’ by the Fair Work Commission.

Maintenance workers at CUB’s Abbotsford Brewery found themselves out of a job and at the centre of a huge media storm when CUB replaced them with contract labour from a different firm.

The kicker was that the new contractor was offering to let the workers have their old jobs back – but only if they took a 65% pay cut.

It turned out that the new contractor was using a sham agreement, supposedly “negotiated” with a handful of temporary workers in Perth – a country away from the CUB brewery.

It took months of public pressure to convince CUB’s new foreign owners to reverse the decision. 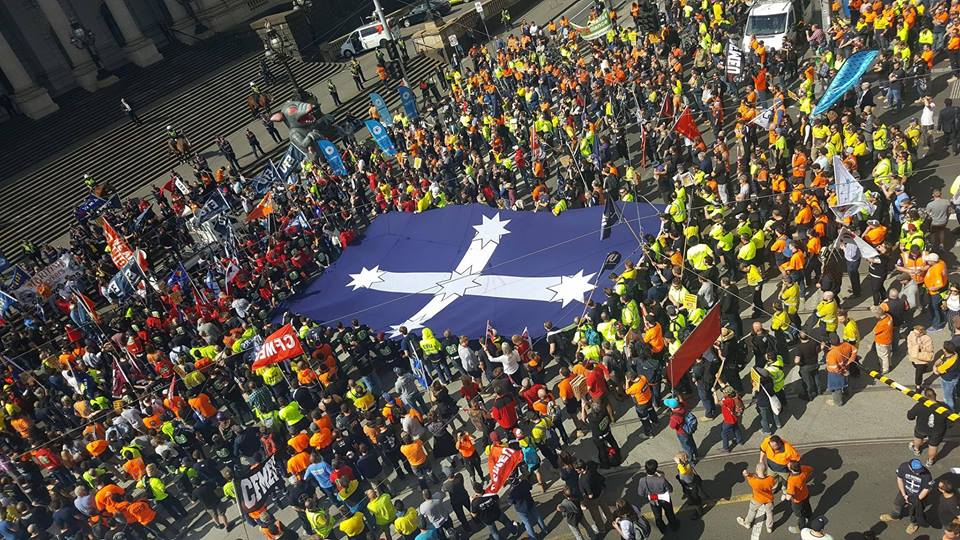 Production and maintenance workers at the Parmalat yoghurt-making facility in Echuca, regional Victoria, have been locked out since mid-January.

Workers have been negotiating since August last year, but in November the company threatened to terminate the existing agreement - cutting wages in half, increasing the length of the working week, and gutting redundancy provisions.

In response, the workers voted to take legally protected industrial action, but have been met by this heavy-handed and extreme response from the company.

After months of negotiations, workers were victorious in having the company meet their demands, and were able to return to work with heads held high. 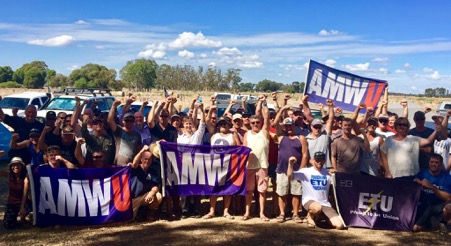 Although not in the union's coverage, a string of scandals have emerged in the retail sector, particularly in franchised businesses such as 7-11, Dominoes Pizza, and Baker’s Delight.

In many instances, workers have been paid less than the award safety net, and young workers at Bakers Delight were on an agreement that dated back to WorkChoices.

What can be done?

National Secretary Paul Bastian said the nature of work had changed substantially since the shift away from centralised wage fixing in the early 1990s, and the system was now holding Unions and working people back.

“Under the Act, it’s very hard for workers to act collectively at a plant - or more importantly at an industry level - to get decent outcomes,” Paul said.

“In many ways, we were better under the old conciliation and arbitration regime – with a body that had real enforcement powers.

“You’ve got the contracting out of work, and the use of baseline agreements in construction and mining to ratchet down rates of pay.

“We’ve got a failed safety net – the gap between the safety net and union-negotiated rates is enormous and is unsustainable.

“Our right to take industrial action, which is a basic human right, is constrained.

“And then on top of all of that, you’ve got the ‘free rider’ problem of workers who don’t join their union but get the benefit of the pay and conditions that unions negotiate on their behalf.”

Mr Bastian said that with so many vested interests benefiting from the current system, it would take a huge effort to convince political leaders of the need for change.

“We need to mount the intellectual argument in the community that we need new legislation that enshrines fundamental rights for working people, recognising the role that unions play in society, and really takes us into the next century and shifts us beyond where we are now.”

The AMWU will continue to fight back this year – stay tuned for how you can get involved in the campaign.