He’s one person, in one workplace, in one city but Jeremy Coubrough is happy to be among thousands of AMWU members whose union came through when he needed it.

Mr Coubrough was in that situation when the boss suddenly asked him to take on a bigger job on top of normal tasks, a challenge and a learning opportunity but one that also carried with it more pressure and responsibility.

Jeremy was asked to perform risk assessments on equipment and procedures for his employer, organic food maker Loving Earth, so that it could improve its Occupational Health and Safety (OHS) status.

He was sure that those higher duties, which took up as much as two days per week, should entitle him to better pay, but when his wage came through it was unchanged from his normal Level 3 job in packing and production.

A check with his AMWU organiser Aaron Malone confirmed that under the food award, a person required to do higher duties for two hours or more on any day is entitled to the relevant higher pay rate for all of that shift.

Our union worked with Mr Coubrough to identify which days since late 2014 he had worked in the upgraded role, following a paper trail of risk assessments done on those days.

When Loving Earth management were alerted to the underpayments, they double checked their records and readily agreed to make up the difference, around $700. 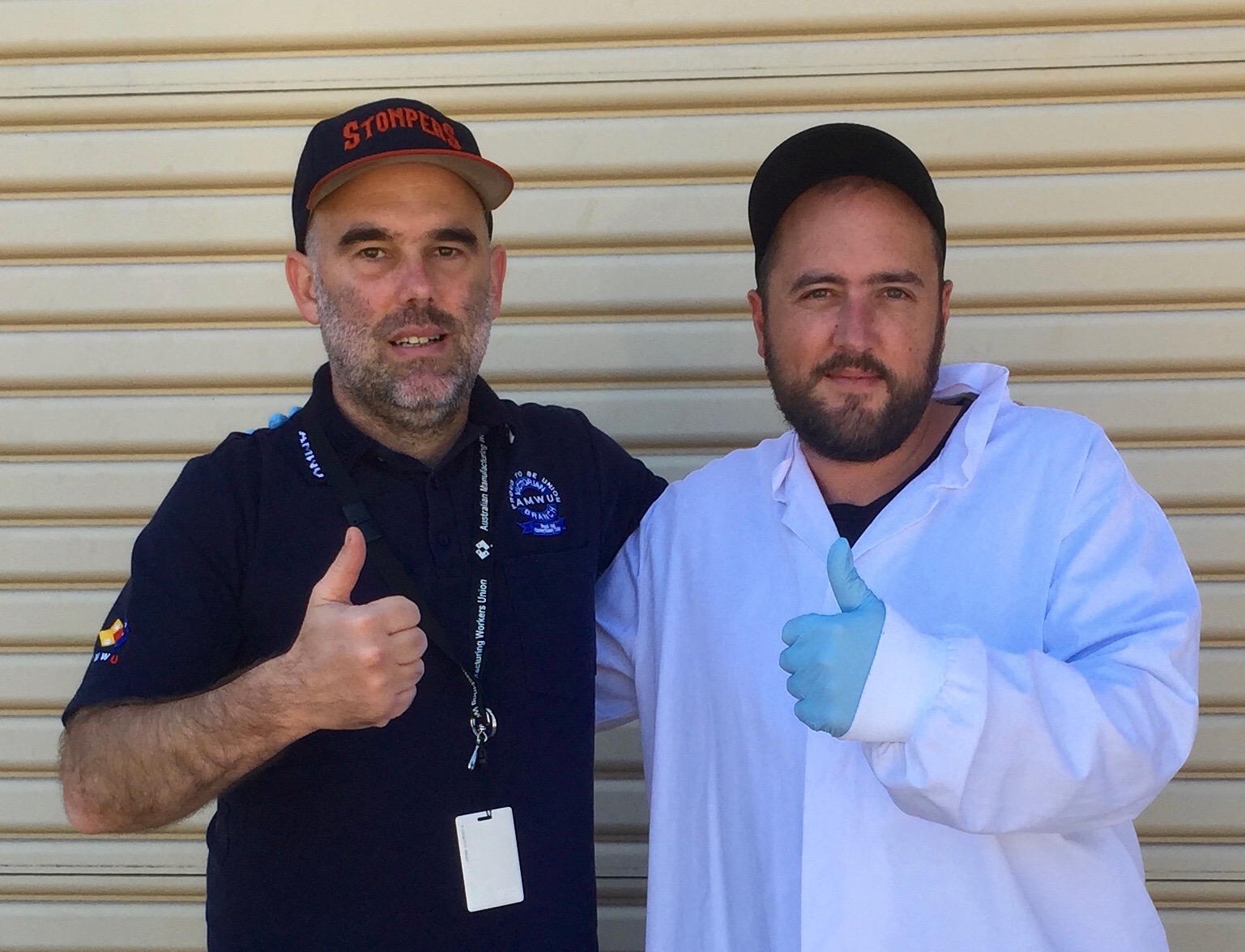 “Getting back paid helped validate the hard work I had put in that largely went unrecognised, it would have been hard to do without the AMWU officials and delegates,” Mr Coubrough said.

“Without them I might have just stayed bitter and frustrated, but instead we got a fair result and I could go back to work with a feeling of relief and integrity. Thanks guys – Ka-ching!”

AMWU National Food Division Secretary Tom Hale said it was a practical example of workers consulting the union, which could rectify a problem all too common.

“It’s a win for an individual in one workplace and it’s a big part of what we do,” he said.

“If you are doing work above your level, even temporarily, talk to your delegate or organiser. You could be entitled to higher wages.”