Australians have owned and driven locally made Fords for more than 90 years. These vehicles have been proudly made by highly skilled AMWU members, and the vehicle supply chain has also proudly been supported by union members and their families.

But this week, thanks to years of Coalition government inaction and failure to support local jobs, Ford closes its manufacturing operations in Australia.

These are some of the Ford workers the government forgot. 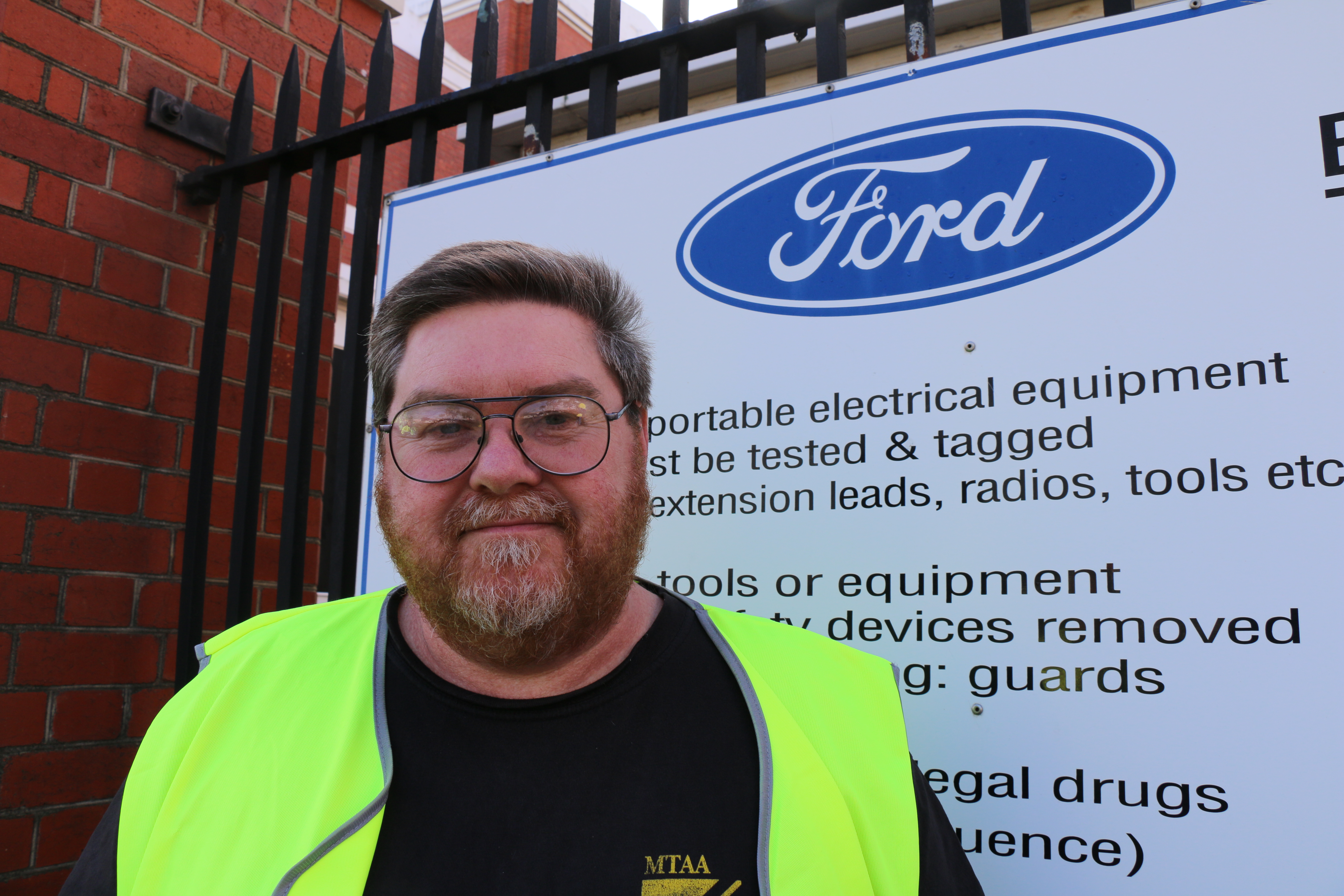 “It was harsh, hot and dirty work in the foundry, a tough environment.  But if you did the hard yards then the camaraderie was great. Friendships among people in the core shop, mould lines, fettling and melt were really deep.

“We were different and wouldn’t have wanted to work anywhere else – the last Ford foundry.” 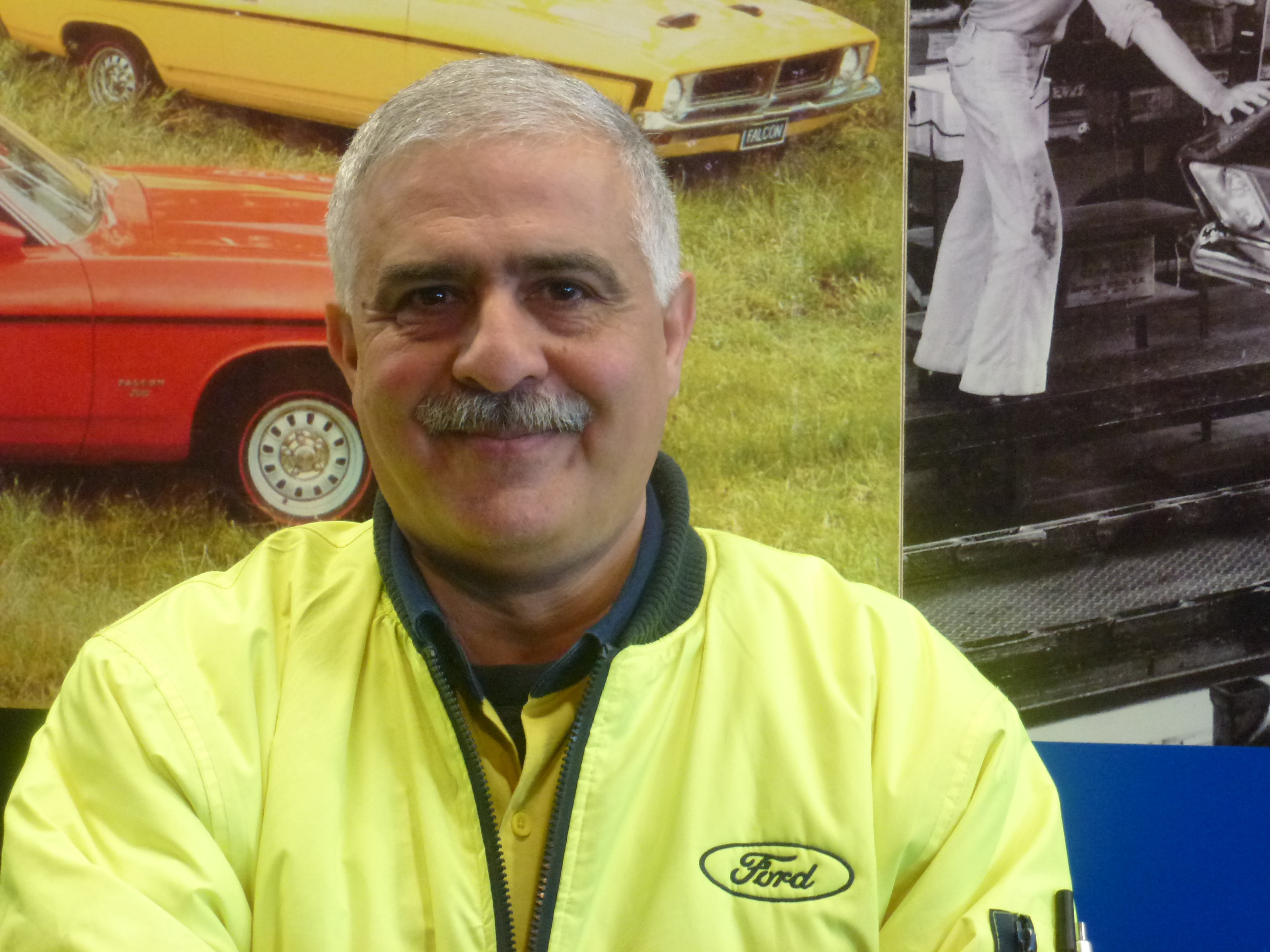 "I arrived from Lebanon when I was 17 and started in the paintshop when I was 18. There were people from many different countries. Everything then was manual handling.

"Management and workers went their own way, not a lot of trust at all, but Ford management has come a long way and now we’re a good team together.. We have a world-class package for people to leave with.

"I’m happy to walk away with dignity, respect of my friends and the company. Ford was good for me, a good job, good life.

I can’t imagine Melbourne without the Falcon badge – it’s an icon. People will realise later on." 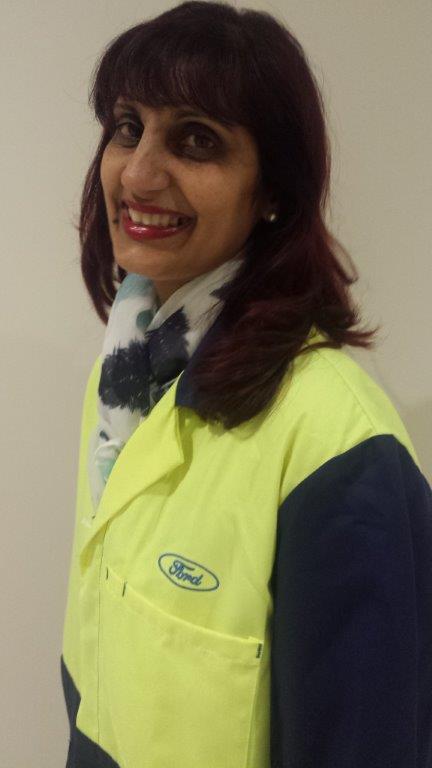 “I went to Ford to help build cars and I met my husband (Dominic). I was on the trim line, he was a torque inspector checking the guns fixing the child restrains.

“It’s the people I’ll miss, my workmates, the other stewards, the supervisors – a lot of my best friends are there.

“It’s sad, but the union and Ford have been very helpful to everyone, they’ve brought a lot of people in to talk about other jobs, they’ve given us time for training, so no one can complain. I’ve learned warehousing, pathology collection and I have a diploma in childcare so hopefully there’s a job there." 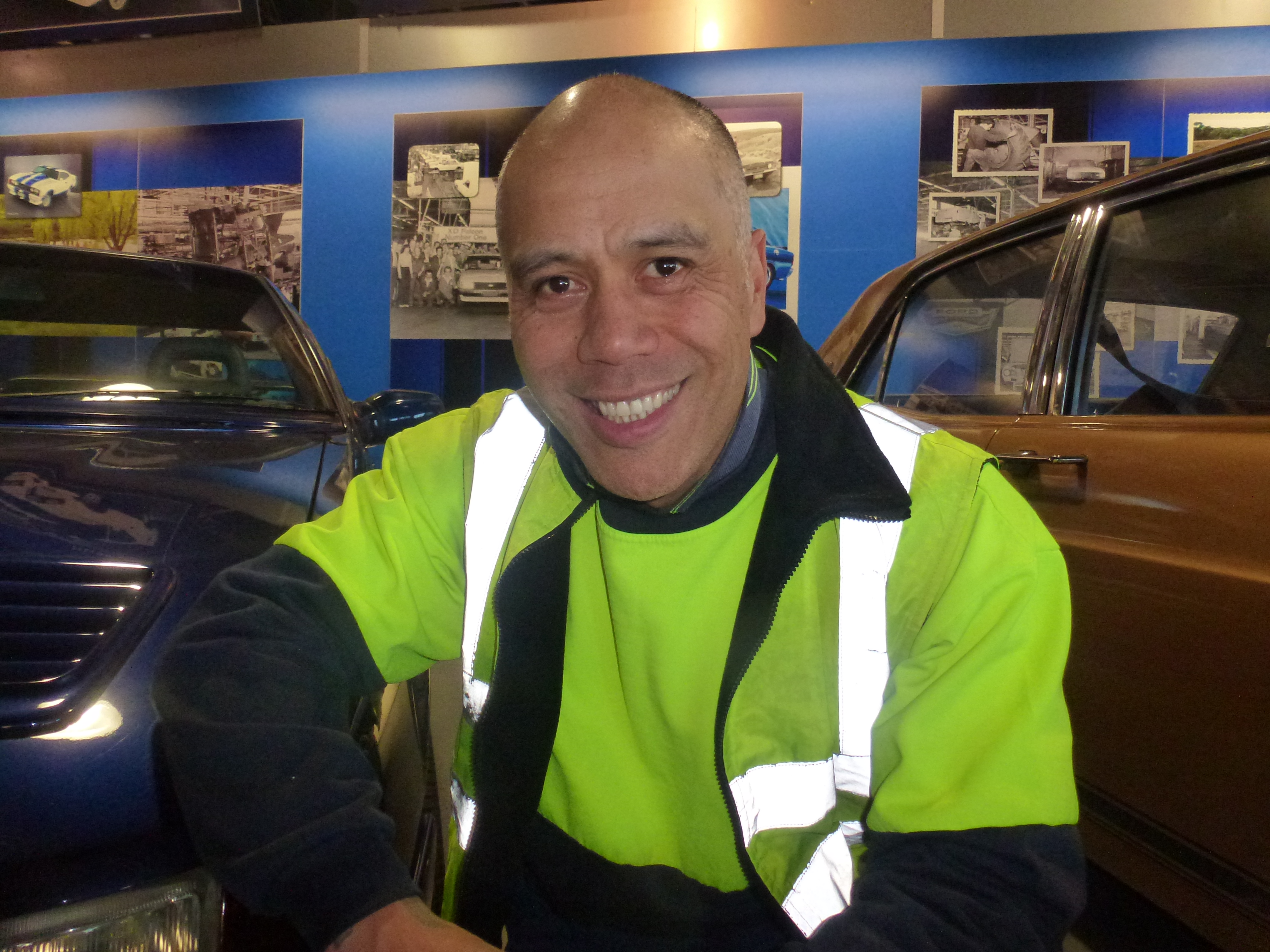 "It’s been my work since I arrived (from New Zealand). I’ve played a small part, putting the parts into vehicles, but you see the end product is quality and know you’ve contributed. Everyone was in different departments but together we built a vehicle. We were a team, mates together.

"We’ve been able to adapt to ongoing change in the past 10 years, that ability I can take with me.

"My highlight was becoming a steward, making changes to safety to improve work. It’s given me a wider world perspective on Ford. I’ve learned a lot from mentors in the union, lessons in life outside the factory to guide you through adversity. I’m quite confident for the future, I’m doing a diploma in workplace safety." 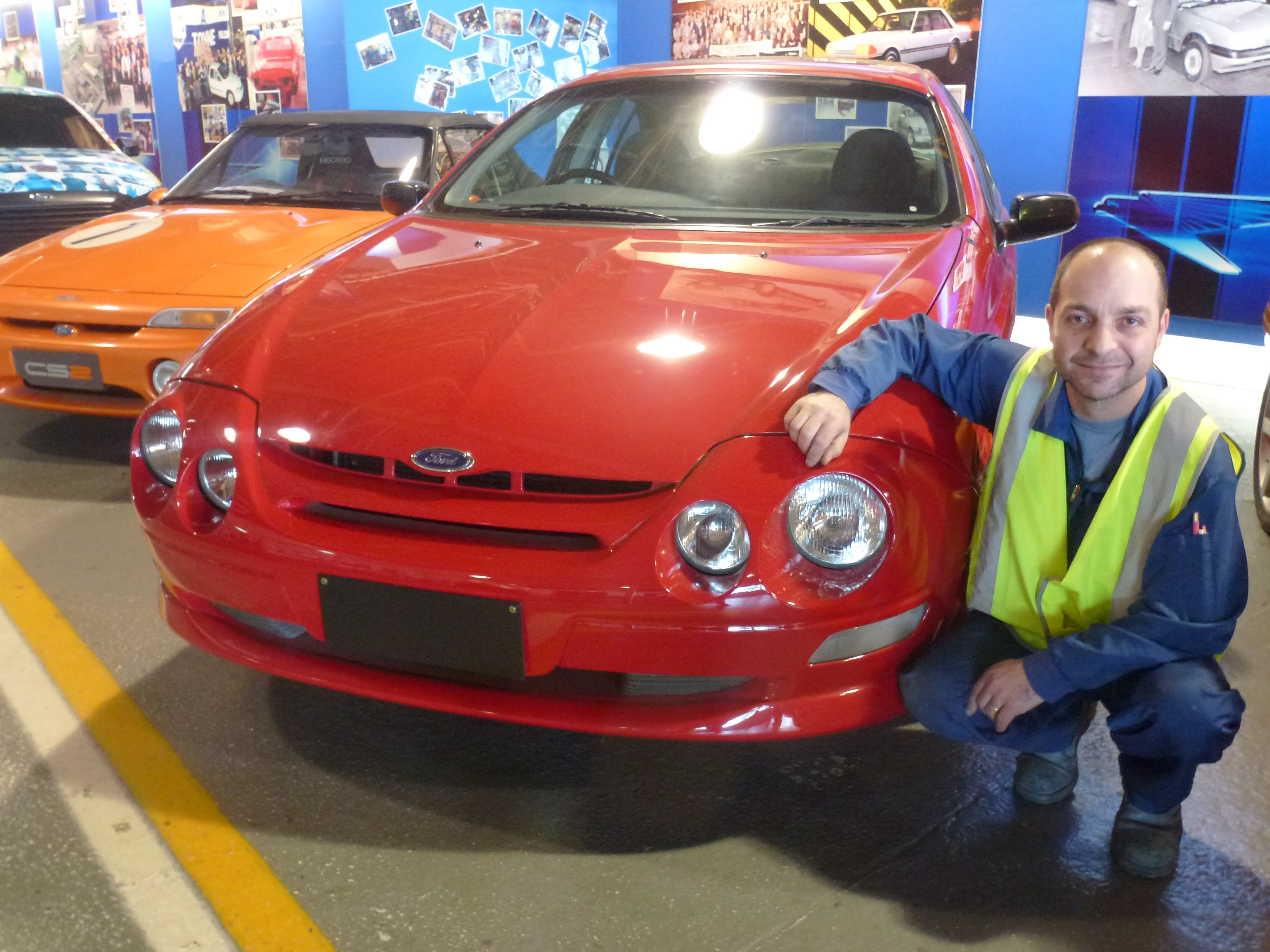 "Ford has been my life, with the time you spend here is it’s like a family. I’ve formed deep friendships, with the other stewards, the paint shop crew. When you work long hours together, support each other, that’s a great thing.  When we went from manual spraying to automation in the late 80s, it actually gave us more opportunity because we were trained up on robots.

"I think our skills in the paint shop are transferrable, widely used in outside industry. I’m not worrying too much about the future, but I’ve got a family to provide for." 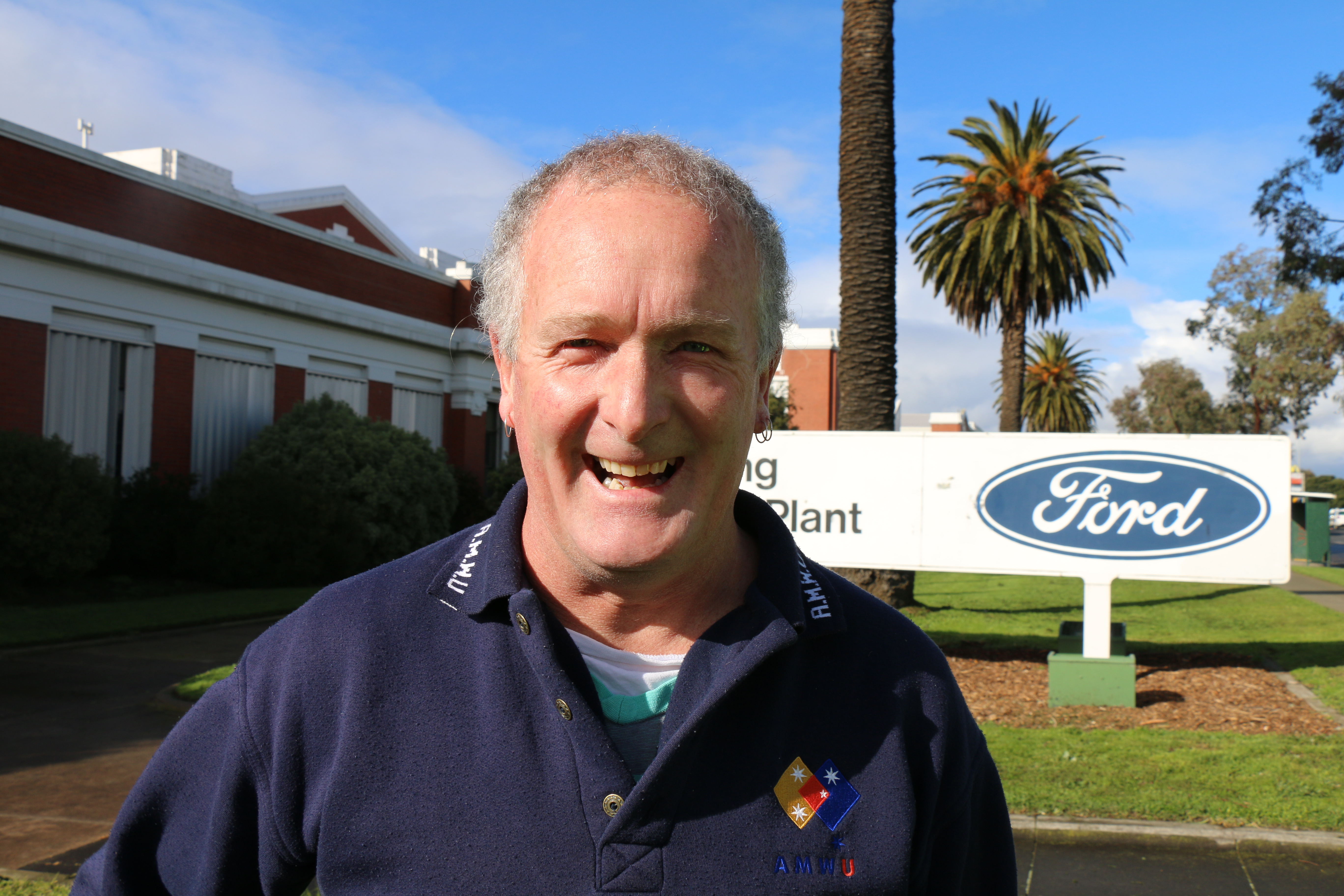 "I started as a 17 year-old apprentice and I’ve been in the stamping plant the last 26 years. We maintained the presses that make panels, the underground conveyer system for the scrap steel and the 40kg baling system that sent it for use at the casting plant.

"Ford’s been a reliable employer, it had its own trade school, gave me the skills. I’ve got five kids – the youngest is ten – and the job paid for their education, built a house. Ford’s like my second family, I’ve got so many mates from my time.

"About 50 in maintenance are going. We haven’t had to encounter the outside world in a way, being strongly unionised we’ve always had better conditions and wages than outside. 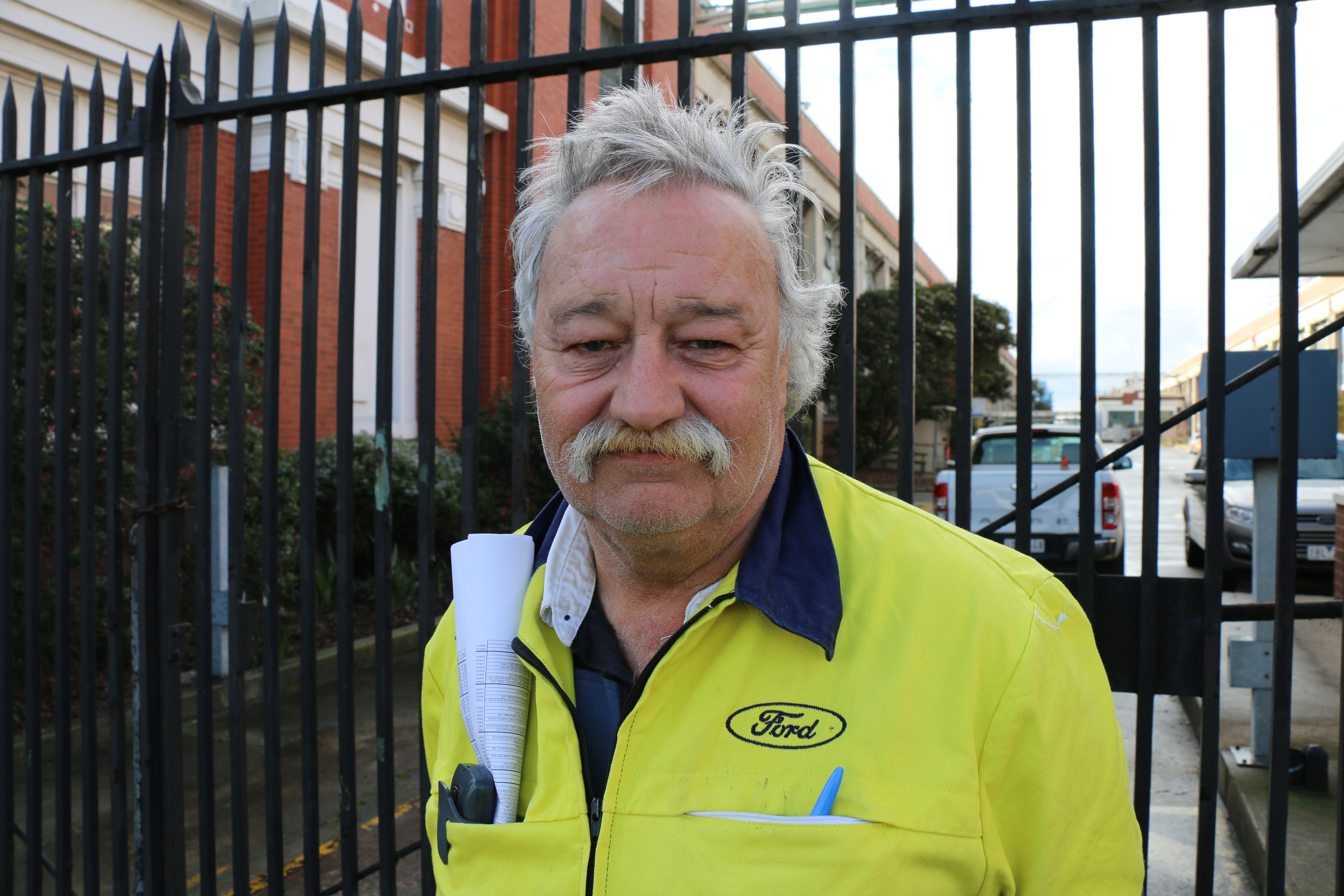 "The stamping plant went from physical manual handling when I started to me supervising robotized heavy press lines. I’ve enjoyed it, most of all the friendship, camaraderie in meeting really nice people.

"I did six years night shift, 17 years afternoon shift. It impacts on your social life for sure, but the bottom line is you get the job done plus the benefit of the shift penalty rates.

"I’ve enjoyed my time, the work has been satisfying and now I have options – I think I’ll travel for a while." 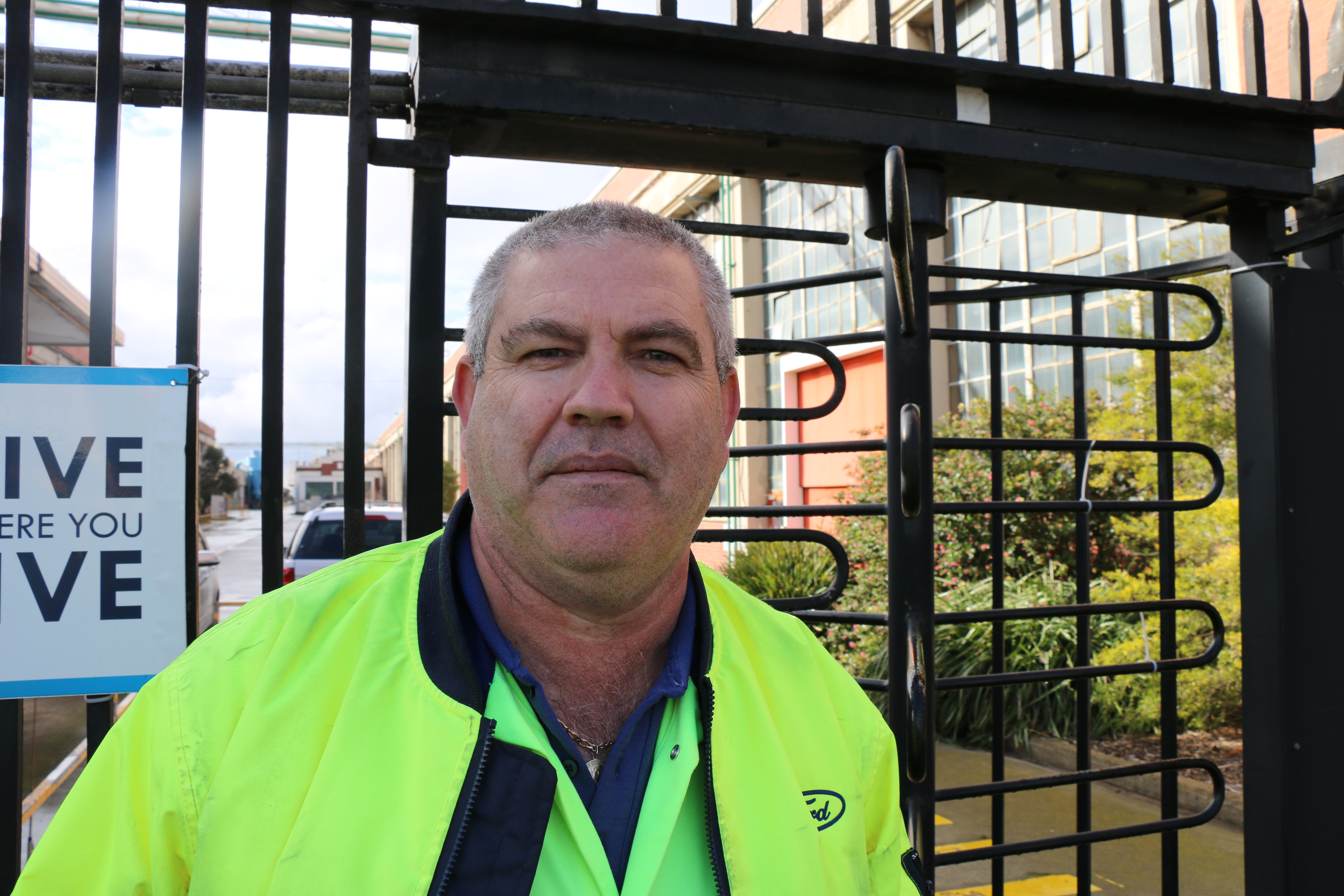 "I worked in a chicken factory for a year when I arrived from Macedonia, then I came here and saw what a happy place this was. The people, the wages, the conditions here – I built a home, we had two kids and plenty of holidays.

"I’ve been very happy on the forklift and to get involved with the union to keep it a good place.

"Ford’s closing down here, it’s no one’s fault here, now we look to our future."