Driving a deal for overtime justice

Two female delegates at Tasmania’s auto club have won overtime loadings for call centre colleagues who have been put on-hold for years over any extra payment when working beyond their normal hours.

A new family-friendlier agreement negotiated by AMWU delegates Sondra-Lee Nandan and Shelley Scarr will deliver the extra loadings for the largely female permanent part-timers, who are regularly asked to do weekends or work back to cover for ill or absent phone staff.

The situation has been a double frustration for the 46 workers in both roadside assist and customer service, many with young families whose after hours responsibilities have been thrown into chaos by  unexpected extra work – without any extra compensation.

“There’s a lot of mums, some have young kids and some have teenagers, who would be told someone’s called in sick and asked to stay back a few hours or more,” Shelley Scarr said.

“So they would have to make other arrangements with friends or families to pick up their kids, take them home or to sport, for the sake of working back with no extra compensation.” 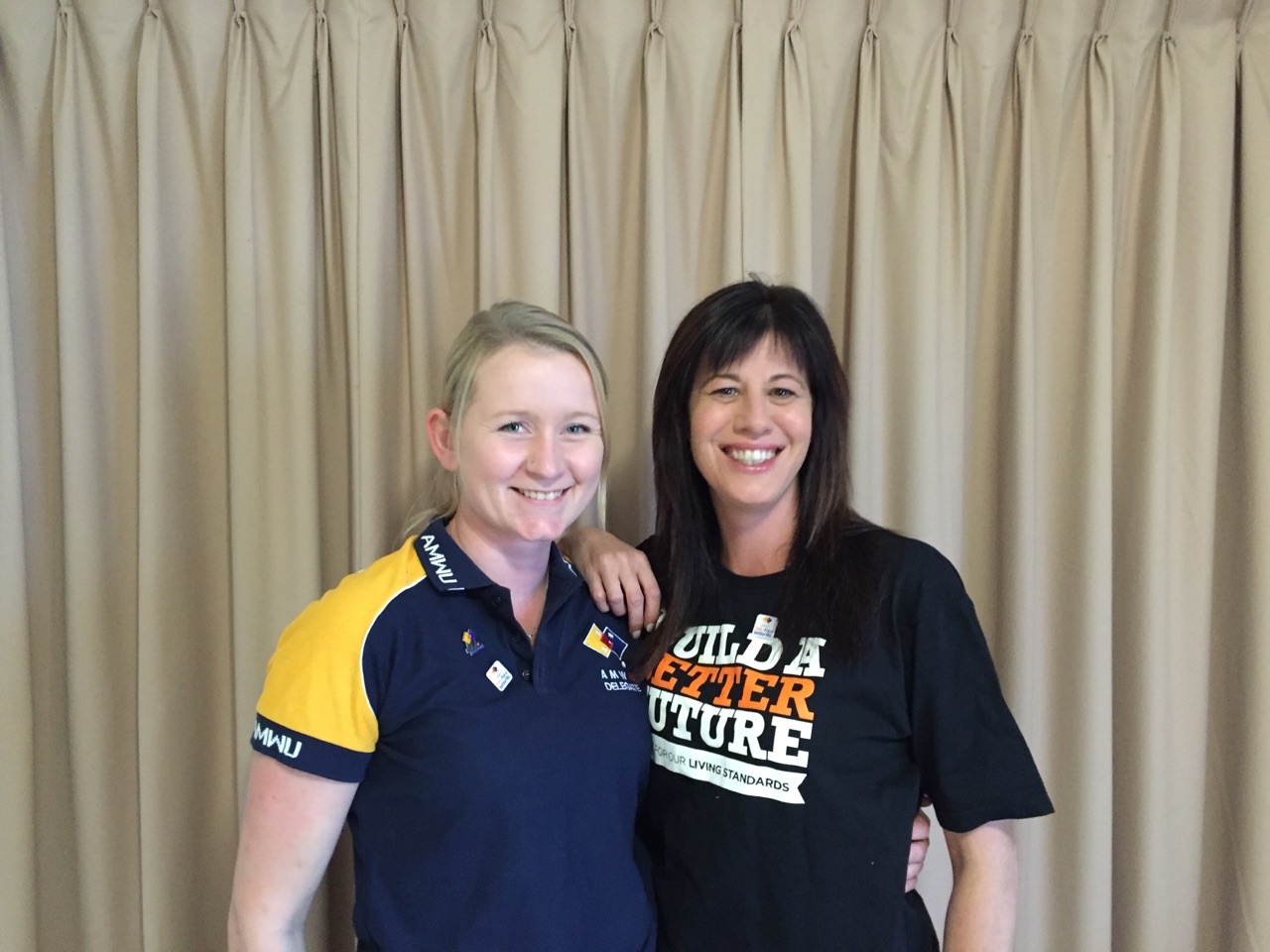 Carrying the load: AMWU delegates and busy mums Shelley Scarr (left) and Sondra-Lee Nandan are happy for their colleagues - and themselves.

The previous agreement stipulated overtime loadings and penalty rates, but an anomaly meant overtime loadings only applied once an employee worked above 38 hours a week, which failed to cover part-timers, most of whom worked 15-25 hours weekly.

The two AMWU delegates, with union organiser Jacob Batt, pointed out to management the inconsistency  clearly went against the spirit of the agreement.

Negotiations for the new EBA lasted about eight months last year until the RACT finally agreed, with it approved last week by Fair Work Australia.

The new overtime loadings of time and a half for the first two hours overtime, then double time thereafter have started flowing in recent weeks, with backpay for overtime since October.

Sondra-Lee Nandan said the 26 roadside assist staff were usually given notice when asked to work  weekend shifts, but sometimes had to come in early or stay late for staff shortages with little notice.

“I’m absolutely stoked we’ve achieved this, I became a delegate largely because of this problem,” said Ms Nandan, who has two girls aged 17 and eight.

“Both me and my husband do shift work at differing times so we’ve been juggling, passing like ships in the night while looking after the kids or using a sitter.

“Everyone likes overtime but not when there’s nothing extra in your pay packet packet, that’s when you start to say no to sacrificing time with your kids.”