Rail delegates from NSW and Queensland are on track for a national campaign to maximise manufacturing and maintenance jobs after a key meeting this week.

The workshop drew inspiration from wins in Victoria to resolve that action in the community was the most effective in putting heat on politicians for local jobs and procurement.

Delegates are campaigning for all state governments to co-operate on a strategy to ensure work for rail manufacturers and parts supply businesses.

There are ongoing challenges to the Australian rail industry, including:

* the lack of apprentices to replace skills of retiring workers

* Bringing rail employers, unions and the community together in alliances for campaigning

The meeting in Sydney of 17 delegates represented members from QR Rail, Aurizon,Sydney Rail, UGL and Downer. 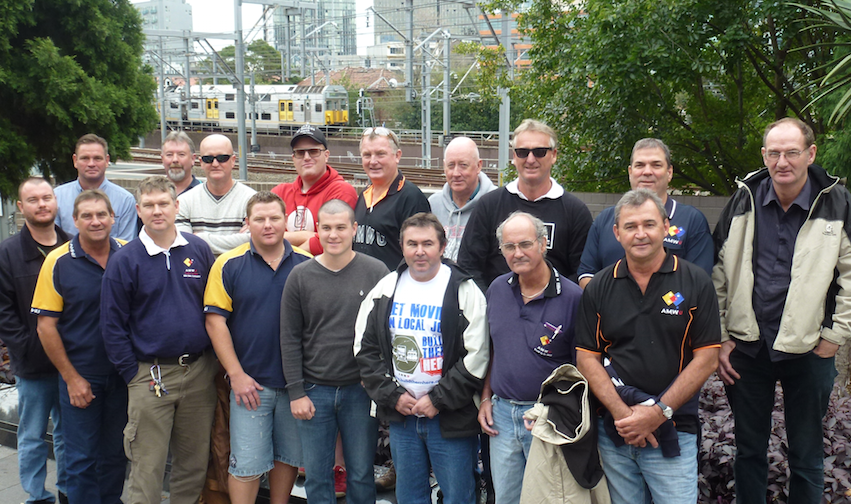 They elected Mark Pearce and Shaun Goss as the NSW Rail Committee Conveners, with Ivan Rees and Daniel Thompson taking on the Queensland roles.

National Secretary Paul Bastian reminded delegates of their role in motivating members in grassroots campaigning and ensuring the AMWU was the union voice of rail.

Dave Armstrong - delegate from Alstom, Victoria - told how their community action in Victoria had pressured major parties at the state election to compete on promises for local rail builds.

Better use of taxpayers’ money and local unemployment had captured voters’ attention and opened the doors to meeting Ministers.

Delegates discussed building on campaigning by NSW Hunter members to deter the re-elected Baird Government from wasting $2.8 billion of taxpayers money on an overseas build of 65 new trains.

In Queensland,  it was important  the new Labor Government committed to all  maintenance  for 75 new suburban trains being done by Australians rather than imported company workers, despite the Newman regime spending $4.4 billion to have the stock built in India.