Our delegates at Broadspectrum who keep the military’s equipment working across Australia met in-person for the first time last week as they gear up to negotiate a fresh enterprise agreement later this year.

The 11 delegates represent the workforce covering land materiel maintenance, working for Broadspectrum – formerly Transfield Services – which was awarded the major defence contract by the Commonwealth in mid-2013.

The delegates from eight sites met for three days at the AMWU’s offices in Melbourne for discussion on how to advance the initial 2013 greenfields agreement negotiated by  AMWU officials and Transfield, which reflected the agreement with former contractor BAE Systems.

The delegates also had instruction on advanced bargaining from the AMWU’s Education Unit.

“It was great to get the guys from various states together in one room,” he said.

“They quickly started working well together, their attitude and input at this meeting bodes well for the negotiations.”

Queensland delegate Roger Smith said:  “The company wants a seamless transition from the greenfields agreement  to a new EBA.  We believe there’s room to justify an improvement in our terms and conditions.

“This new EBA will come from our members on the shopfloor and after our meeting here we’ll each be going back to them for detailed discussion.”

Mr Smith, a fitter from Wallangarra, said delegates were excited at the prospect of  further building membership at Broadspectrum and establishing better practices in their workplaces.

“I’ve been a delegate for about a year, I’ve got a lot of faith in our union and a lot of confidence in our membership.” 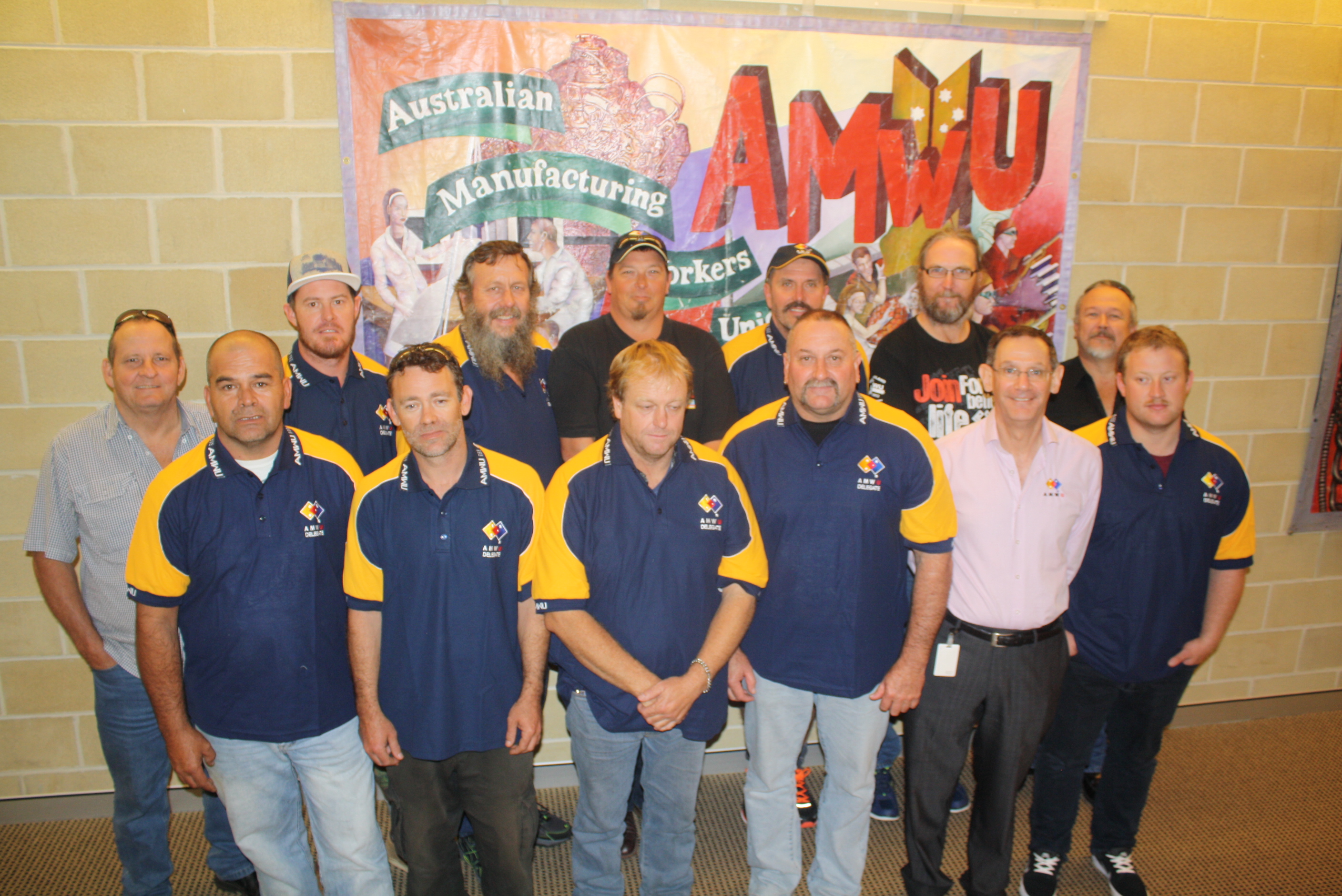