The AMWU has achieved a breakthrough by gaining the re-instatement of a delegate who was sacked at a time when he was also an important member of a union team bargaining with his employer.

Deputy President Anne Gooley made a temporary order in the Fair Work Commission for re-instatement of the delegate at Wedderburn, a Melbourne-based  supplier of scales to supermarkets.

This was partly because the union had an arguable case that his dismissal was unfair and could undermine the collective bargaining underway at the workplace.

Her decision that a sacking could breach an employer’s good faith bargaining obligations is believed to be a legal first, though the overall case is yet to be concluded.

AMWU Victorian State Secretary Steve Dargavel said this was a strong recognition that delegates are not to be discriminated against and of their importance in representing members in bargaining.

Wedderburn management sacked delegate Humphrey Caspersz in February after he refused to do a job at a supermarket in Emerald late in his shift because by the time he completed it and travelled back home to Thomastown it would mean doing overtime.

Our union had a ban on overtime as part of protected action against Wedderburn. 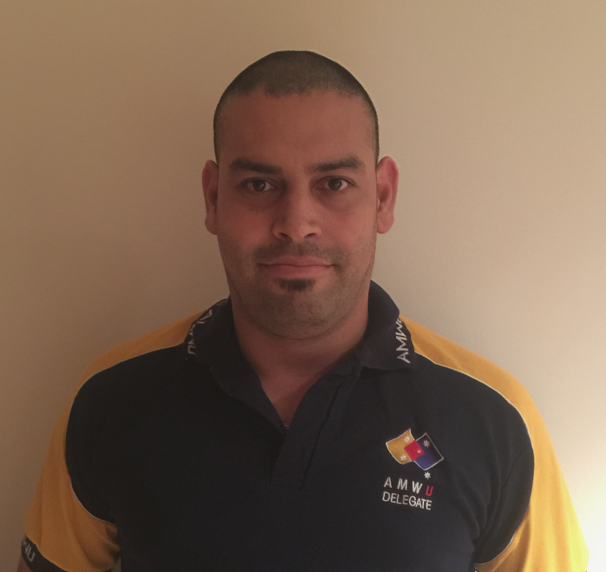 Mr Caspersz had already been warned for leaving a meeting with management about possible disciplinary action over comments it claimed he made to a newspaper during a strike last year.

The AMWU argued it was unfair and illegal to sack anyone for adhering to protected industrial action, with the employer motivated by its belief the delegate was responsible for putting the ban in place.

DP Gooley accepted  “that terminating a shop steward who has been part of the bargaining team since bargaining commenced and who plays an important role in ensuring the views of the employees are conveyed to the union will undermine collective bargaining.

“Further I am satisfied that there is an arguable case that such conduct would undermine freedom of association.

“The (Fair Work) Act provides that their involvement in these activities must not result in adverse action.”

The case is due to return to the Fair Work Commission in the final week of April.