AMWU members in Defence have joined an army of Australian public servants revolting against the Abbott Government by voting to take protected industrial action against proposed wage cuts.

Talks have broken down with Defence Department bureaucrats, who could do no better than offer a pathetic 3.16 per cent pay rise, over four years, and increased working hours.

Disruption of work which keeps the military’s defence equipment ready for action now looms, the latest hit to Employment Minister Eric Abetz and his Cabinet colleagues.

Members vented their fury by endorsing 10 options including bans and strike action, all receiving at least 87 per cent backing.

The vote came a week after Defence Minister Kevin Andrews announced a major restructure of the department, including absorption of the Defence Materiel Organisation with a loss of 1000 jobs.

“No one in their right mind would accept this pay offer and if the Government thinks they can implement massive structural change in Defence without the co-operation of their workforce, they are delusional,” said AMWU Assistant National Secretary Mike Nicolaides.

“You can’t treat your expert workforce like dirt then expect them to cooperate with change which the First Principles Review admitted would require a major cultural shift to implement.” 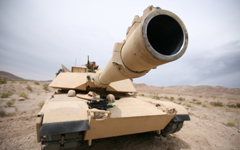 It’s the opening salvo of an AMWU campaign alerting taxpayers to the crisis in defence engineering and science caused by years of cost-cutting, job- shedding and outsourcing.

The AMWU is among unions covering 2000 trade, technical and engineering employees responsible for equipment our military rely upon. That ranges from ammunition, missiles, trucks, tanks and helicopters to security and surveillance technology.

“Our defence back-up in this country is about to hit the wall because the Government’s bean-counters don’t understand the work our people do and the practical consequences of further cuts to engineering,” Mr Nicolaides said.

“You can’t buy off-the-shelf the skills and experience. You must grow them.”

AMWU delegate Rod McLennan said the defence membership in Sydney felt insulted by the pay offer, confirming the Government did not value their role in keeping the military functioning.

“The membership have had enough, there’s been no progress anywhere in the public service for nine months so whatever action our delegates decide on, we will carry out,” he said.