The AMWU has broken a three-year wage drought in Broken Hill with water supply workers voting up a new deal last week.

The new agreement came after Essential Water finally backed off from its plans to dilute their protections in case of redundancy, following industrial action in the past 10 months from maintenance workers who had turned to the AMWU for assistance.

The 17 maintenance workers in far-western NSW contacted us for help long after negotiations between Essential Water and the representatives of about 65 other workers had dried up, making no progress since 2013. 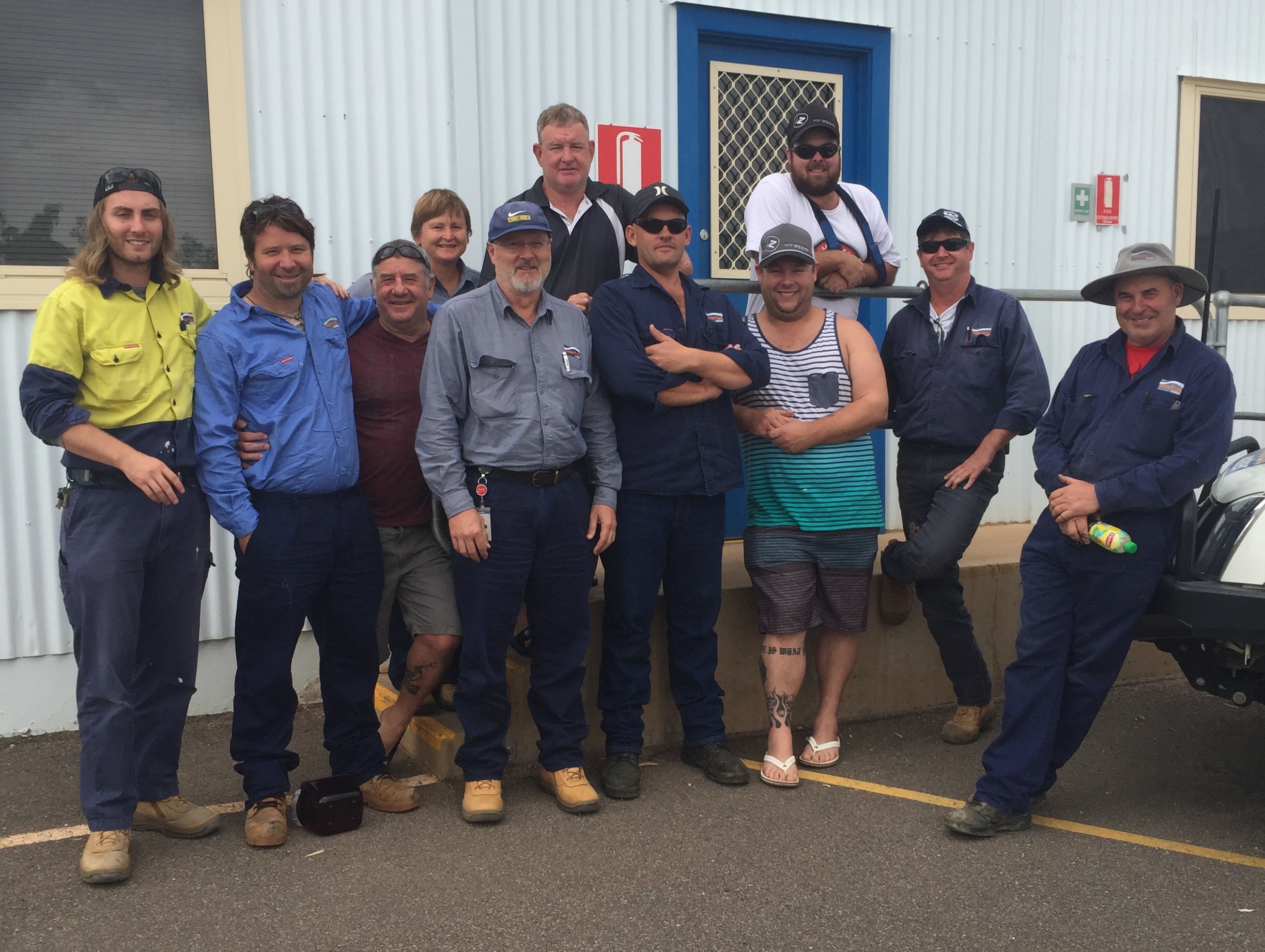 Let it flow: some of our pleased AMWU members at Essential Water, happy that their union helped them force the company to come to an agreement.

“Maintenance workers reached out to join our union and they decided last year that protected industrial action was their only chance of getting anywhere. It has eventually had success, forcing Essential Water to negotiate,” said AMWU Organiser Geoff Wallace.

“Our maintenance members were the workers who made the difference in this dispute.”

The 17 workers perform vital tasks in making sure that mains water keeps flowing to Broken Hill, essential in the isolated NSW regional city for homes, sewerage and also air-conditioning.

The AMWU members took protected industrial action including a series of 24-hour stoppages and bans on phone calls and after-hours maintenance.

Workers have supported a new agreement which adds an extra 13-week lump sum payment to voluntary redundancy packages, in addition to the existing two weeks per year of service.

Wage rises above the existing inflation rate should finally begin flowing to the workforce in coming weeks, provided the agreement is approved by the Fair Work Commission.

Delegate Shaun Bedford, who called in the AMWU over a year ago, said the long wait was finally worth it in protecting conditions and achieving a three year agreement, when Essential Water wanted just a two-year deal.

“If we hadn’t called in the union, we’d have been worse off. The AMWU was a champion for us and others had wanted us just to accept it at the start,” he said.

“The union gave us good advice, did what we wanted to do, fought the fight with us. I’ll stay with the AMWU forever and a day.”