Following a hugely successful CUB-Free Grand final weekend - that saw thousands of people show their support for the 55 sacked Carlton United Breweries workers by steering clear from CUB products at their grand final celebrations - the CUB campaign headed up north to Queensland.

Chris and Jarrod, two of the 55 workers fighting for their job at Abbottsford CUB, joined ETU organiser Steve Diston for a warm and sunny few days in the Sunshine State talking to Queensland workers about the CUB dispute and how they can get involved. 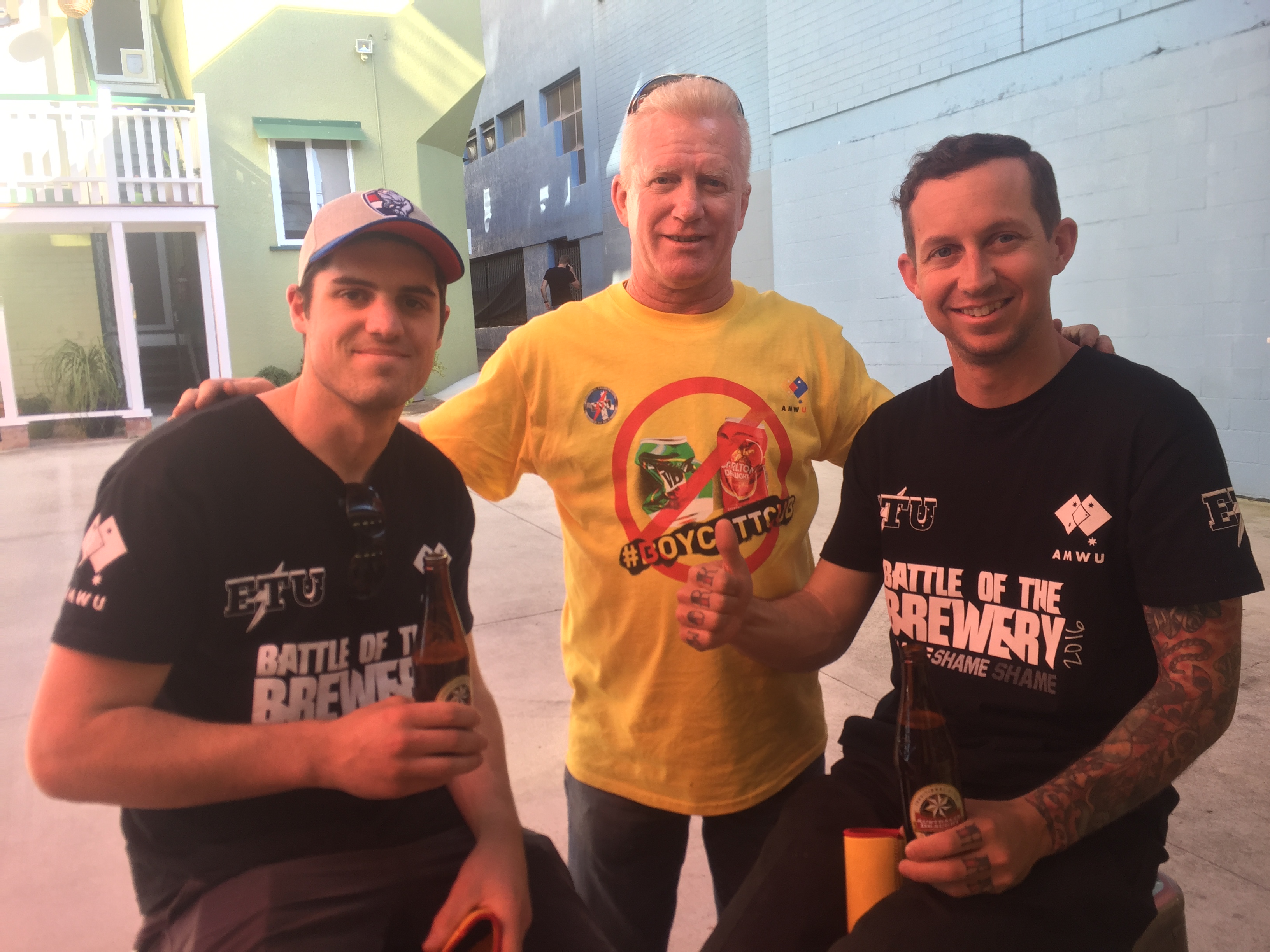 Chris and Jarrod from CUB and AMWU Organiser Steve Franklin

The boys joined local AMWU organisers to visit three worksites across Brisbane and spread the word about the anti-worker tactics of CUB and SAB Miller. Throughout the day, they boys fired up the barbeque and handed out campaign flyers, t-shirts and stubby coolers to supporters. By the end of the day they had pages of petition signatures and over $250 in donations.

Will Phipps, an AMWU delegate from BOC Gas in Brisbane’s south, said meeting the Abbotsford boys and hearing about their first-hand experiences from the picket line was a great experience.

“It was great to meet a couple of the CUB 55 employees; the visit not only highlighted the tactics these multinational companies will use to destroy the conditions that our forefathers fought so hard for but also highlighted the solidarity that is still ever-present in the majority of Aussie workers,” he said.

Australian workers understand that this could happen to anyone and that it’s now more important than ever that we join the fight and let big companies know that we won’t let them get away with greedy anti-worker tactics. 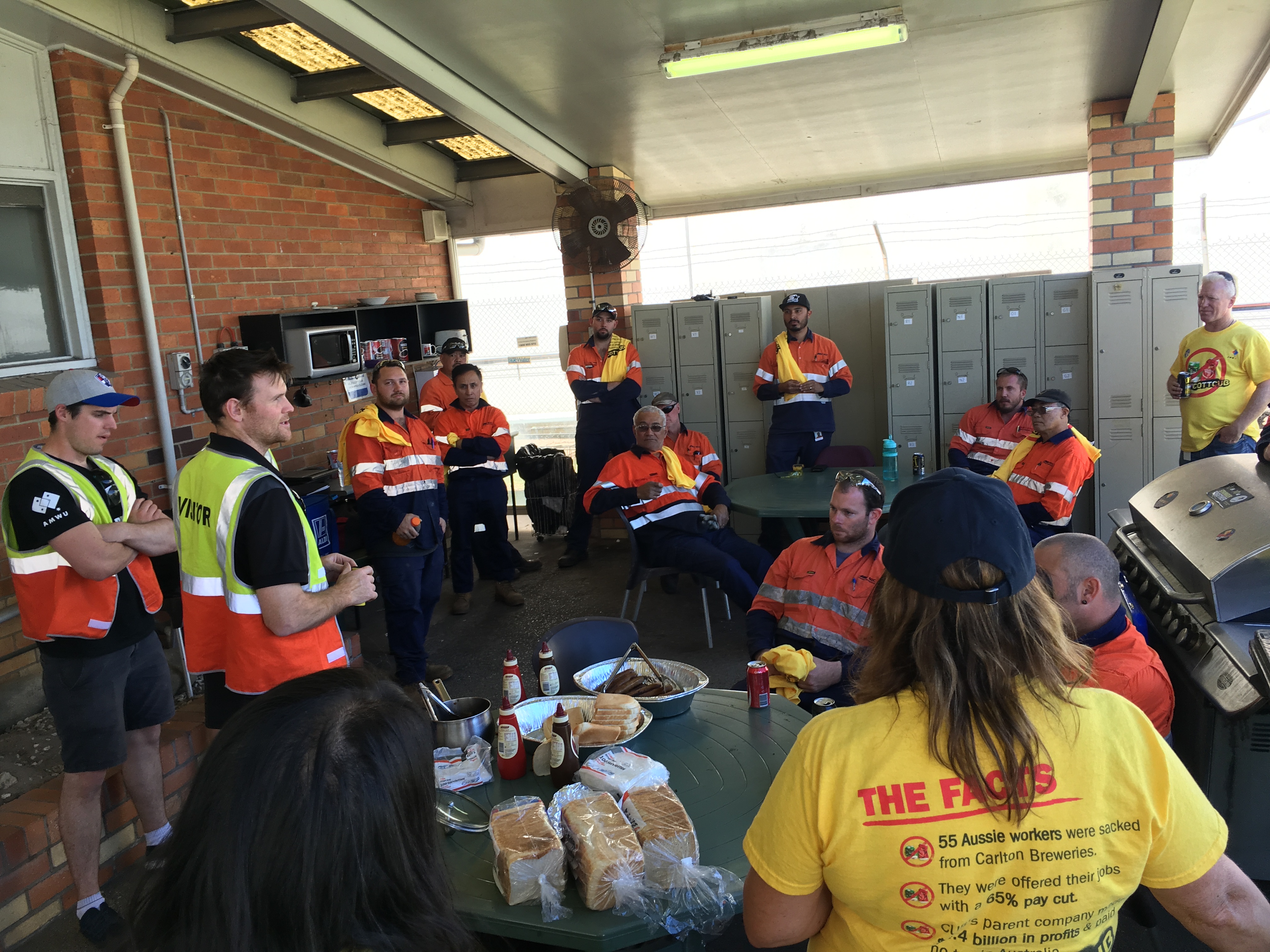 AMWU QLD State Organiser Ricky Luke has been visiting worksites across South-East Queensland, signing up new members to the union and to the CUB campaign.

“Workers are absolutely outraged when they hear about the attack on workers’ wages and conditions at CUB’s Abbottsford brewery and this has galvanised new members to join up to the union, be a part of the collective and fight back,” he said.

But the CUB dispute is by no means a one off. The growing trend of companies outsourcing work to avoid financial responsibility and accountability to their workforce is hurting Australian workers, their families and their communities.

Conditions and wages negotiated over many decades with the help of unions are being abolished in order to increase profit margins. The mining, construction and manufacturing industries have been some of the hardest hit. Casualisation and Labour Hire are being used as a weapon against workers’ rights and pay packets.

We are asking everyone to stand with CUB workers, to support them and to not back down. Because this dispute isn’t just about CUB, it’s about all of us.