The plight of 55 sacked CUB workers exploded across Melbourne’s sporting and business heartland yesterday as 15,000 protesters marched with them through the city and heard the Victorian Government condemn the brewer.

Thousands of workers protested within hours of the football finals’ first bounce by gathering outside AFL House at Docklands, warning  the League its commercial endorsement of the multinational beer supplier risked the hostility of fans Australia-wide.

The growing crowd chanted “CUB – no beer at the ‘G” (MCG) as protesters walked past Etihad Stadium and up Bourke Street, bringing the city to a lunchtime standstill on their way to Victoria’s State Parliament.

One of the 55 unionists, Chris Pore,  spoke outside football’s headquarters.

He said CUB had thrown teamwork and it’s Australian heritage out the window by hiring labour contractor Programmed to slash wages and replace its AMWU and ETU maintenance workforce with non-union labour.

That strategy fell apart when Programmed quit the brewery after 11 weeks because it couldn’t work with CUB  - and its fitters and electricians couldn’t stop beer production falling by nearly two thirds.

Mr Pore and union leaders urged the Federal Parliament to instigate a Senate Inquiry into how CUB and Programmed had rorted the Fair Work Act to apply an obscure agreement signed by three people in WA to the entire CUB maintenance workforce in Melbourne.

The crowd later endorsed the move for an enquiry and shouted “no” when asked if they would drink any CUB beer – VB, Carlton, Pure Blonde, Resch’s, Cascade, Great Northern or others. 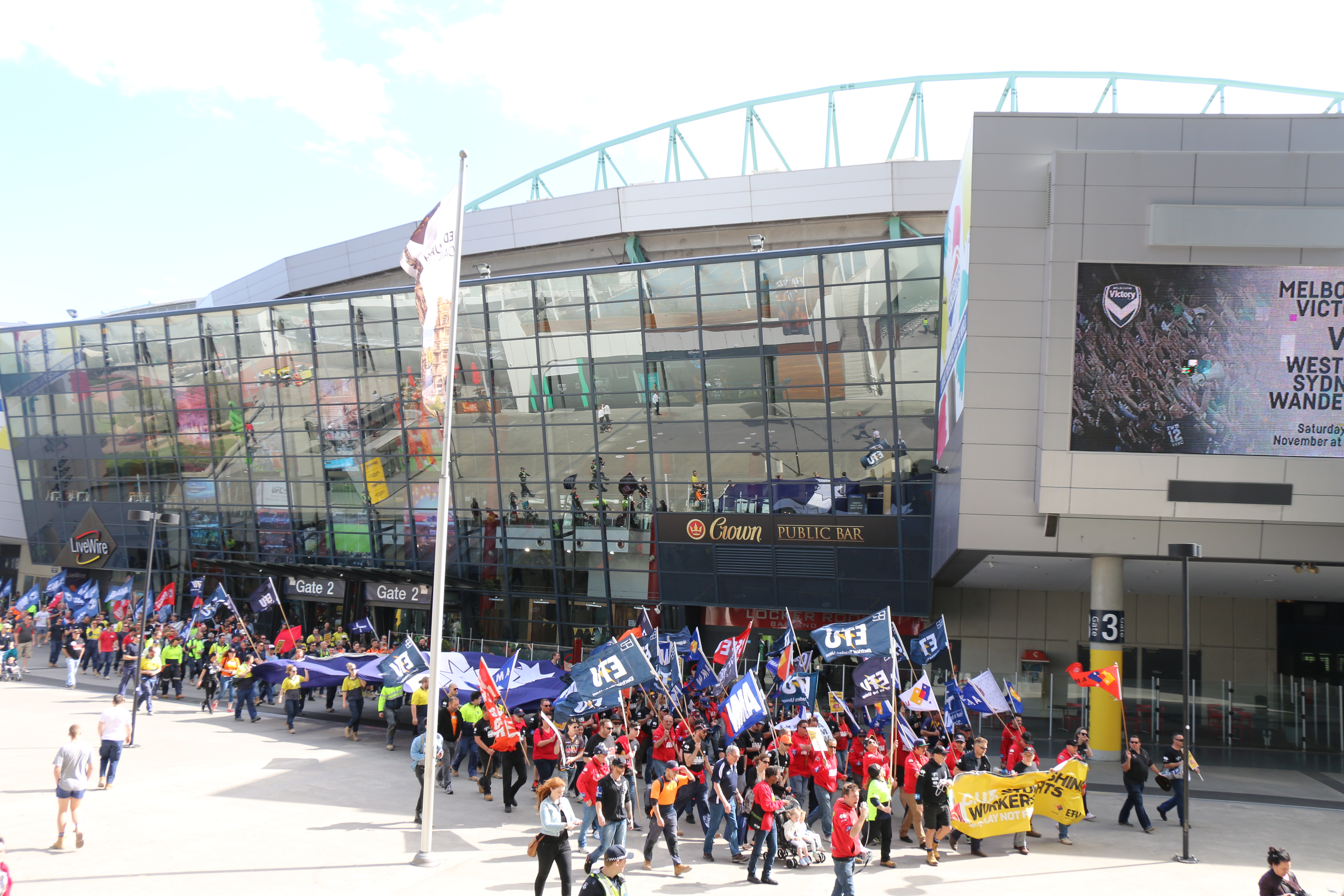 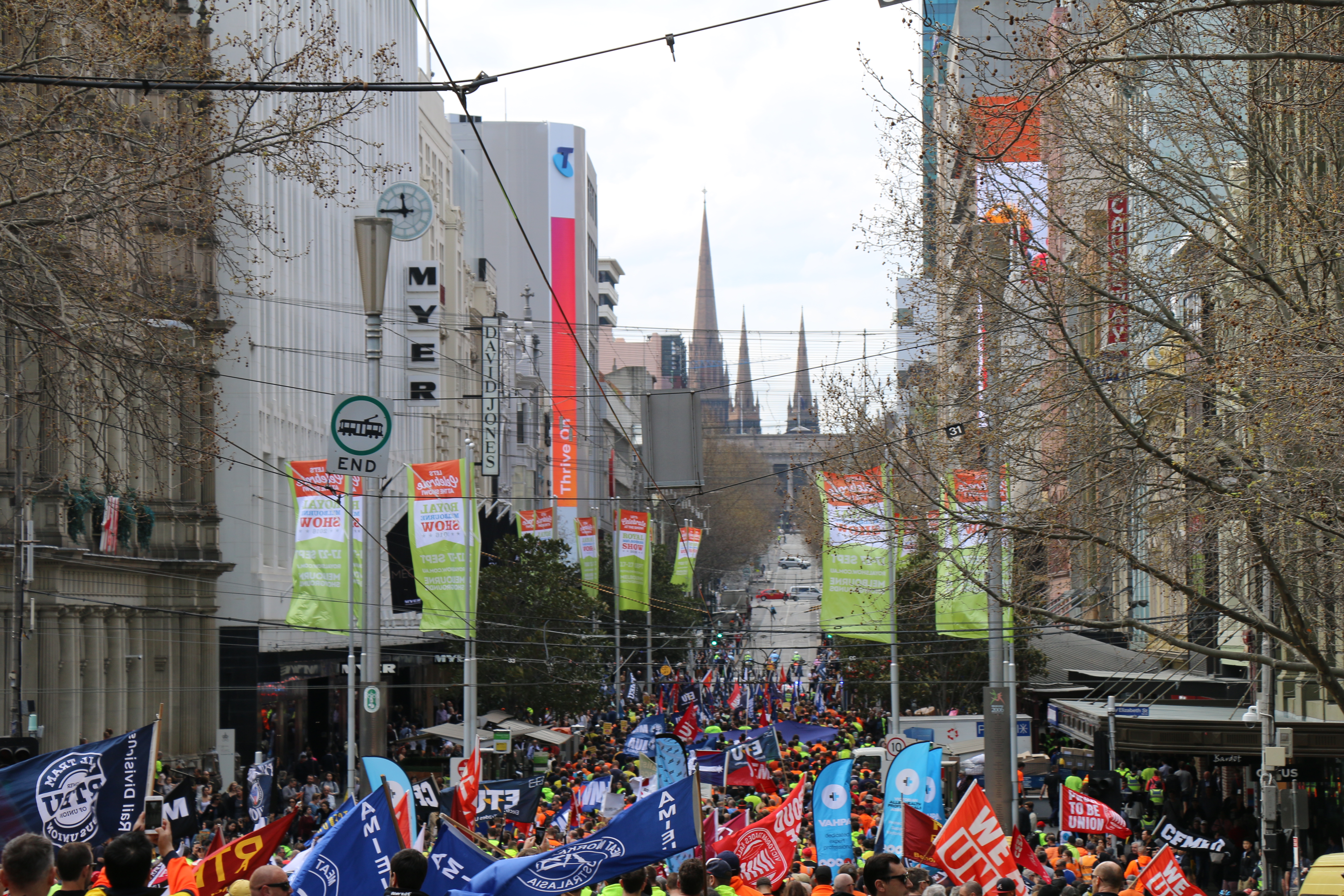 The scourge of insecure work and the role of big employers like CUB exploiting it via labour hire was taken up again on the steps of State Parliament by Andrews Government minister Natalie Hutchins.

She warned CUB of brand damage and said the Andrews Government preferred a “co-operative approach” on industrial relations.

“I know CUB say these technicians and workforce in that area are not theirs, but I also know CUB can’t produce beer without them,” she said, congratulating the protesters supporting the 55.

“To let this company get away with what they’ve done to these workers would be a travesty, a (travesty) for people not to be able to stand up and have their say.”

She said: “This is an extremely important brand to Victoria and if they think they can treat people with such disdain and disrespect and not feel the wrath of the consumer population in Victoria, then they need to think again.

“I say to CUB, have a good look at yourself and what you’re doing to your workers.” 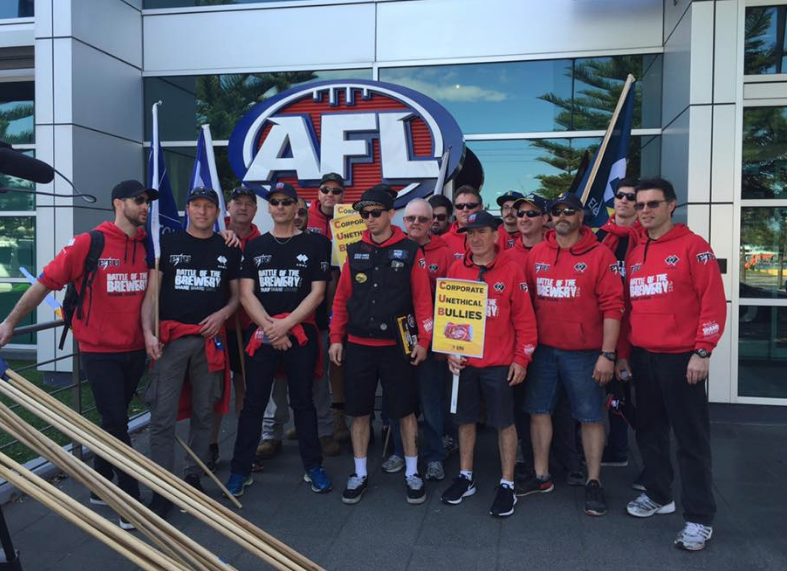 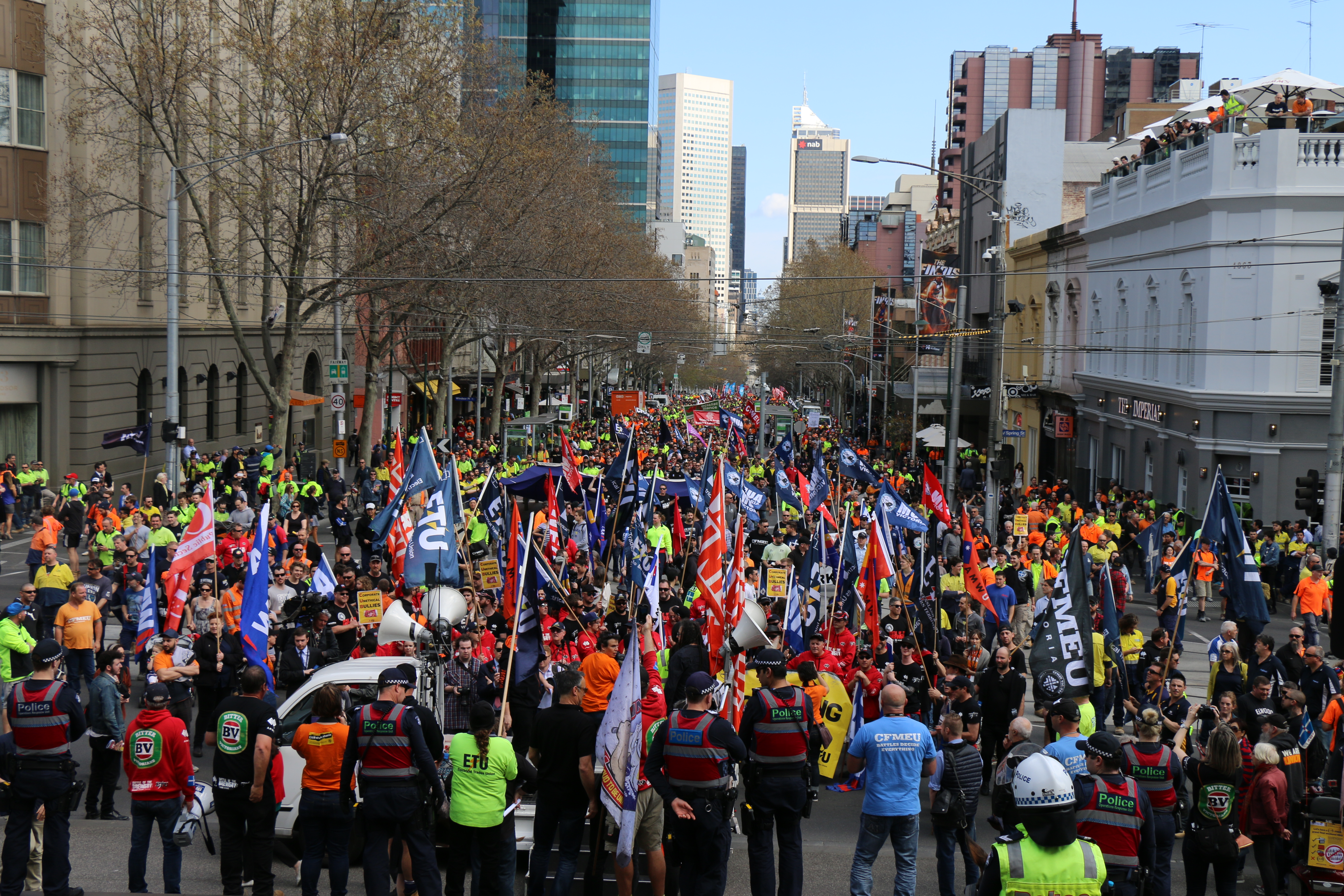 As Industrial Relations Minister, Ms Hutchins this week received the report of a Parliamentary Inquiry into labour hire, with the  AMWU strongly advocating sweeping reforms.

AMWU member, fitter Chris Brown (below), said the 55 were overwhelmed by the massive support from the AMWU, the ETU and all other unions but realised this was a fight which went way beyond them. 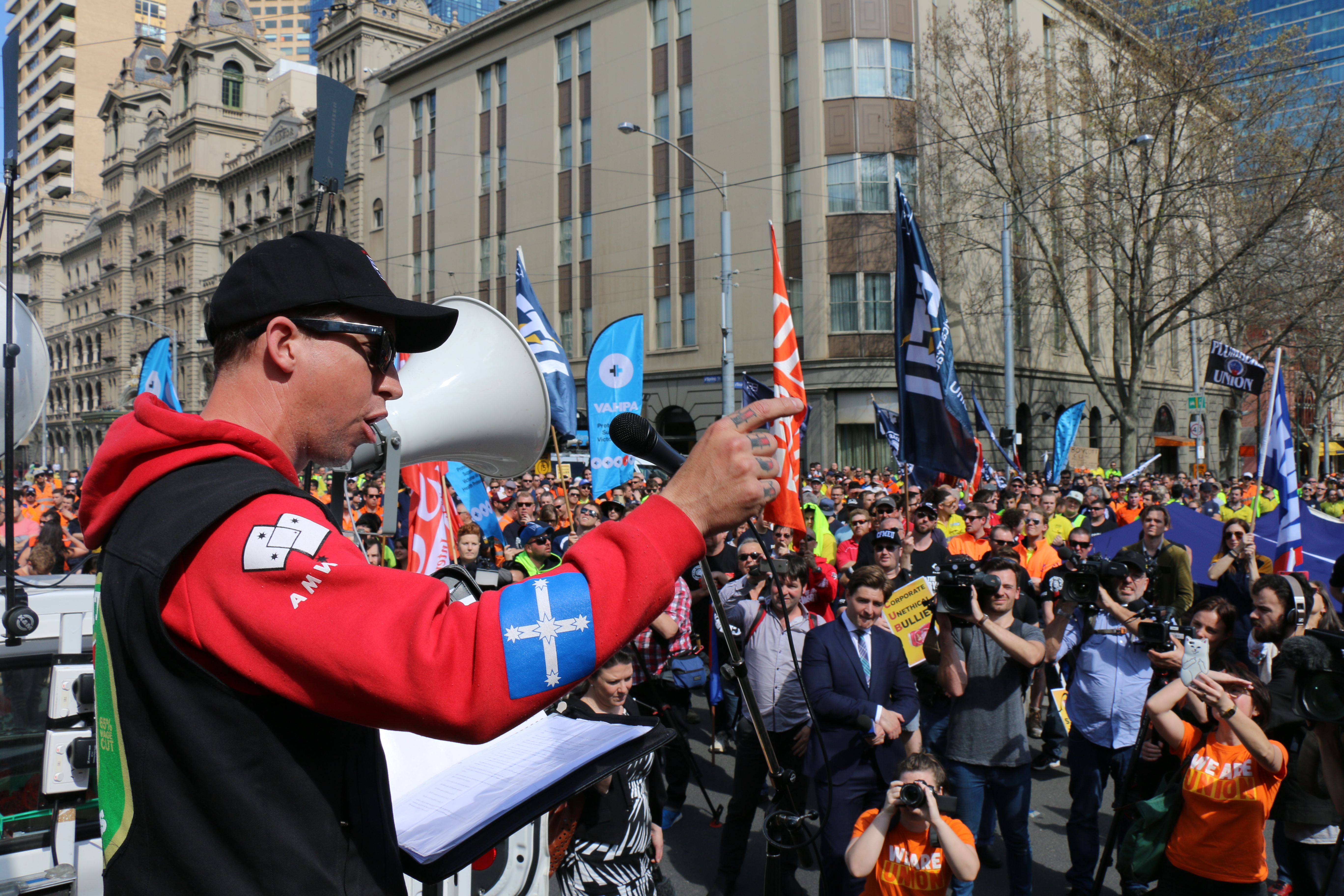 He said CUB’s owner SABMiller made a $4.4 billion profit last year but has paid minimal Australian tax and had no respect for Australian workers.

“Programmed has stated the issue is now between CUB and the unions,” he said. “We’ve won the battle but this war is far from over. We’re dealing with wages-slashing, anti-union, anti-Australian corporate greed,” he told the crowd.

“When I look around our picket line I see hope, I see friendship strengthening, I see militant workers willing to dig the trenches as deep as we can to win this dispute.”