Hundreds of unionists returned to CUB head office today to warn the brewer it has started a long dispute which could wipe out beer supplies beyond the Spring racing carnival unless it reinstates its maintenance workforce on full pay.

Supporters rallied over a barbecue lunch and chanted “shame, shame, shame”, with a small Christmas tree showing CUB management  how long unions will stick it out to win this fight. 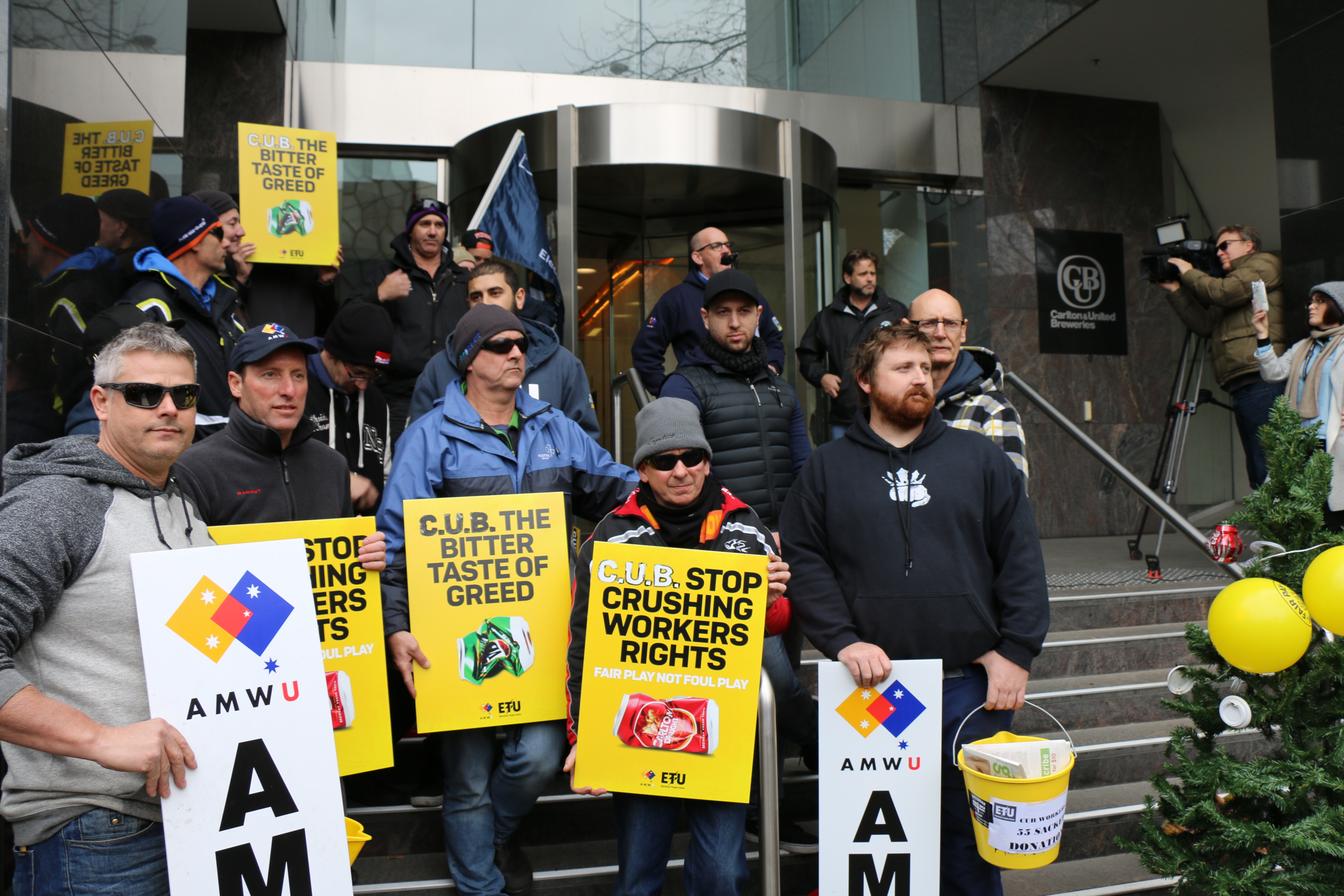 If it takes 'til Christmas: sacked CUB workers stand by the tree as AMWU Assistant State Secretary Craig Kelly talks to the crowd.

The issue will be taken to Canberra, with local Greens MP Adam Bandt telling the rally it was a prime example of the need to reform industrial laws allowing business to use labour hire contractors to drive down wages and sack full-time workforces.

CUB, wholly controlled by world megabrewer SABMiller, is trying to hire a replacement workforce for the 54 metals workers and electricians it sacked by changing maintenance contractors at its Abbotsford brewery, then offering their jobs back with a 65 per cent income cut.

He said there had been messages of solidarity from workers overseas, including from the US, Japan, Europe and Africa.

Sacked worker Chris Pore told the rally he had a mortgage to try to pay like many others - plus a 14-week old baby son and partner to support.

“This brewing site at Abbotsford makes $1 million a week profit,” he said. “We’re just as integral to this company as the marketing and admin in the building behind us, we all deserve the same dignity.”

Sacked AMWU fitter Andrew March said he agreed with claims SAB Miller was bent on de-unionising its workforce to drive down wages to levels in its South American breweries.

“We’re all standing strong together, this is Melbourne, Australia and not Colombia – we’re not one of their breweries in South America or Africa and we won’t be having those wages,” he said.

Father Bob (pictured speaking to the rally, below) said he’s been asked to “turn the beer into water”, though performing miracles wasn’t his role. 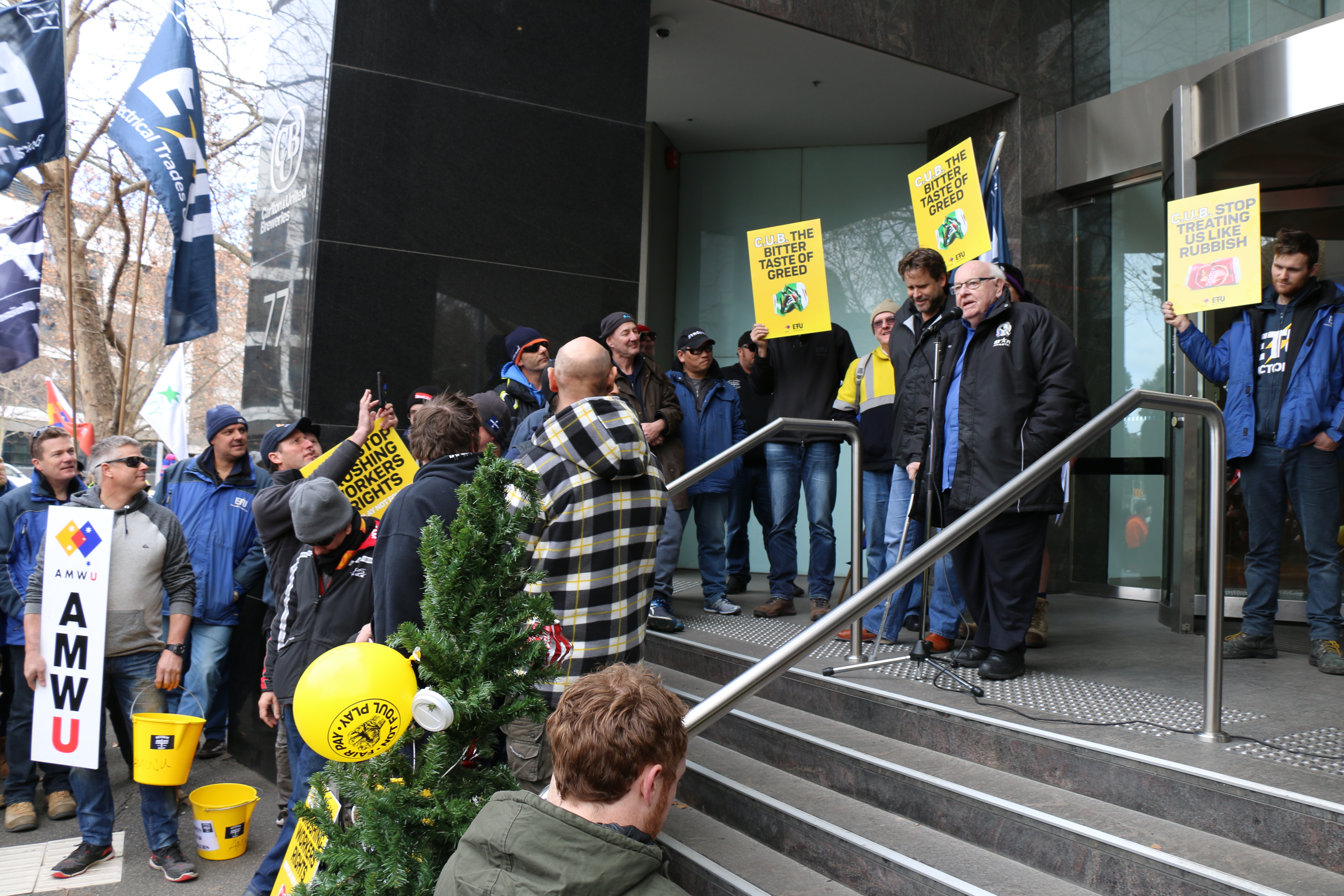