The nationwide campaign to reinstate 55 sacked CUB unionists is continuing as carton production at the brewing giant has fallen from 1.2 million per week to just 385,000.

The reduction in beer production comes as managers from Programmed, the labour hire firm responsible for the employment of CUB maintenance workers, began discussions with representatives for the AMWU and ETU.

AMWU Victorian State Secretary Steve Dargavel said: “We can defeat CUB and its global owner SABMiller from trying to de-unionise and slash conditions but it will take our AMWU members around the country to keep up their magnificent support.”

That added to a stellar fund raising effort last week, capped by a huge rally at our “tower of power” camp outside CUB’s Melbourne brewery and later concert night at the Victorian Trades Hall.

Leaders of the MUA and CFMEU each presented large donations, with generous support from independent Broo Brewing Company enough to keep our campaign going for the 55 workers.

This week AMWU Queensland Secretary Rohan Webb flew to Melbourne to assure the sacked workers their colleagues all over the Sunshine state including CUB’s Yatala brewery in Brisbane were digging deep. 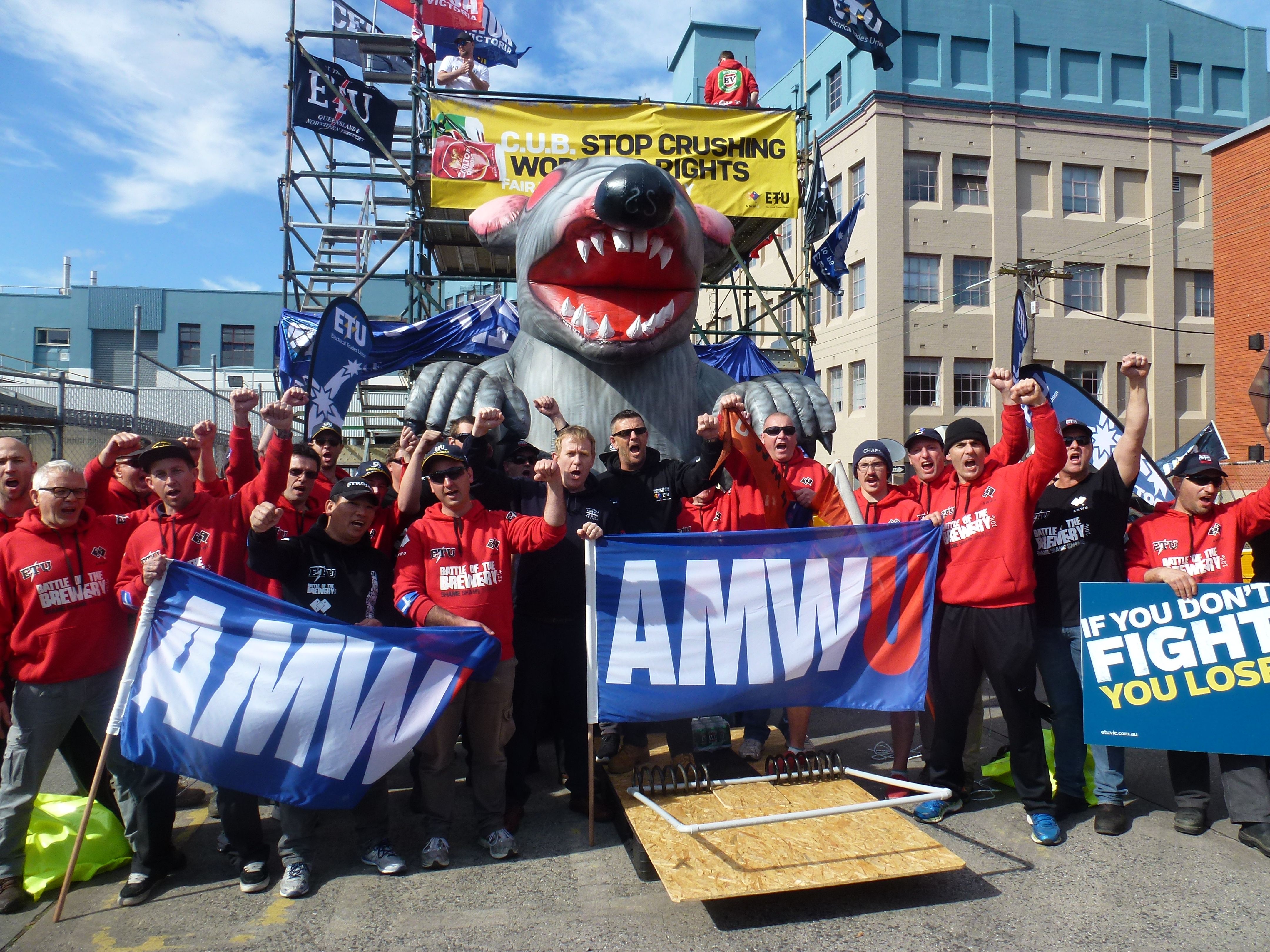 Rat in the ranks: our AMWU members and officials in front of a strange visitor to the union camp - "Scabby" the blow-up rhodent, set to take someone's job inside CUB.

Mr Dargavel said the approach from Programmed was a positive sign for the 55 workers seeking their reinstatement.

“The maintenance situation at  Abbbotsford brewery is unsustainable for CUB, packaged beer production is down from 1.2 million cartons a week when this started to now just 385,000 a week.” 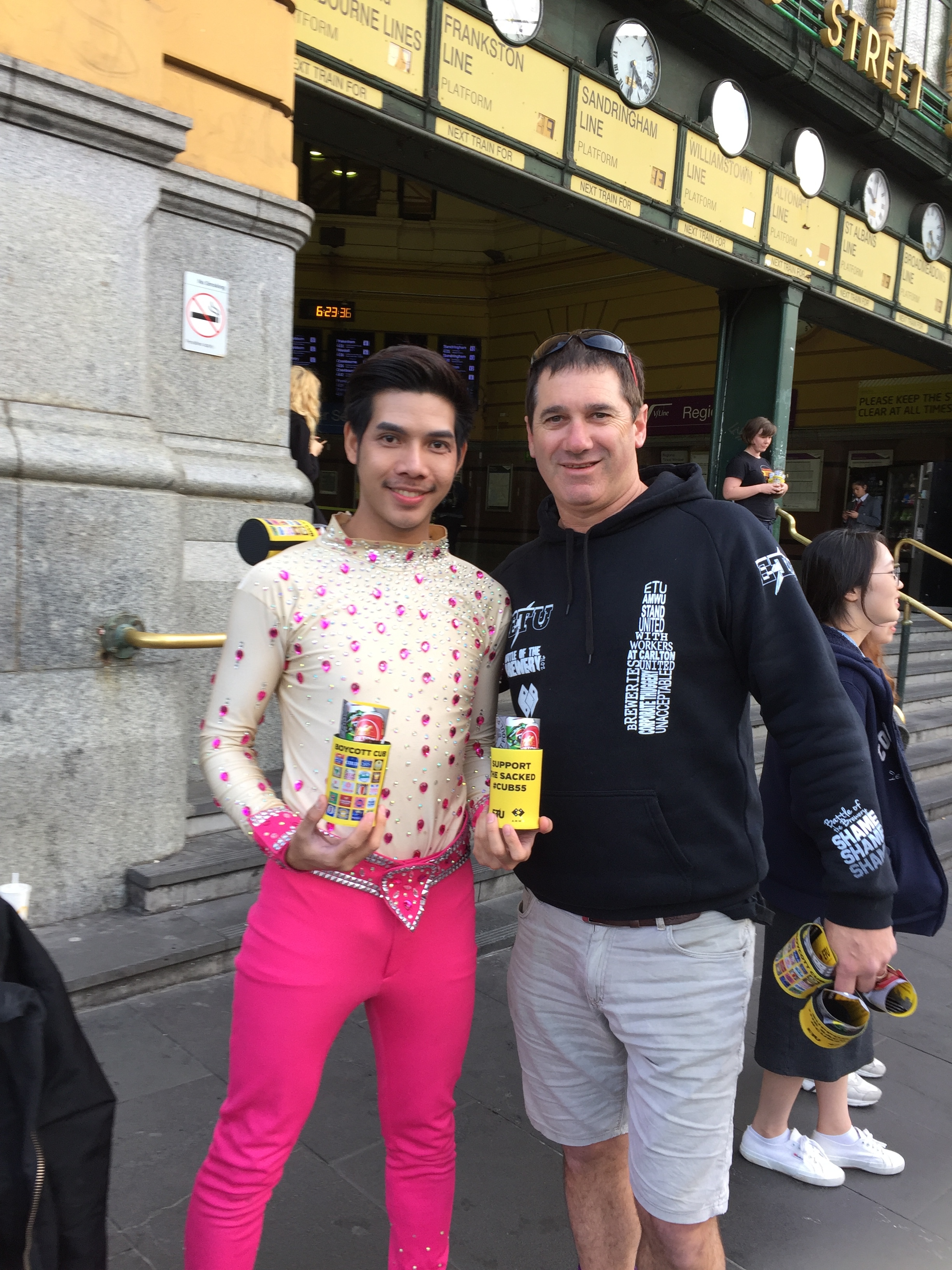 Programmed managers came to the ETU’s office for Tuesday’s meeting with the unions. It included the AMWU’s Mr Dargavel, organiser David Roach with CUB delegates Sam Garro and Chris Brown.

The company stated it was seeking the unions’ assistance to reach an agreement, but then confirmed it still planned to cut wages and conditions in line with the demands of CUB.

The AMWU and ETU made it crystal clear to Programmed there will be no cuts to what our members had under the previous CUB contractor, Quant.

“It’s becoming apparent to Programmed and CUB that they have hit a raw nerve among working people, their own market. People are worried about job security and living standards – the entire labour movement must keep backing these 55 sacked workers,” Mr Dargavel said.