The AMWU has won a big victory in NSW which means that from August 1 injured workers needing prompt, specialised medical attention no longer need pre-approval from their employers' insurance company to access it.

One of our NSW members, Samuel B., knows first-hand what a difference the changes will make.

Last year the former pipefitter at shipbuilder Forgacs was forced to wait over 12 weeks without any income before surgeons operated on his crushed elbow nerves, which part-froze his lower arms and hands.

Sam's strain injuries came on gradually but once incapacitated, he could barely support his family financially. Physically, he couldn’t lift his toddler son or cradle his newborn daughter.

“I’m re-training for a new job in security, but I was set back for months because the insurance company wouldn’t believe me and disagreed with my own doctor. I’d be working by now,” the AMWU member said. 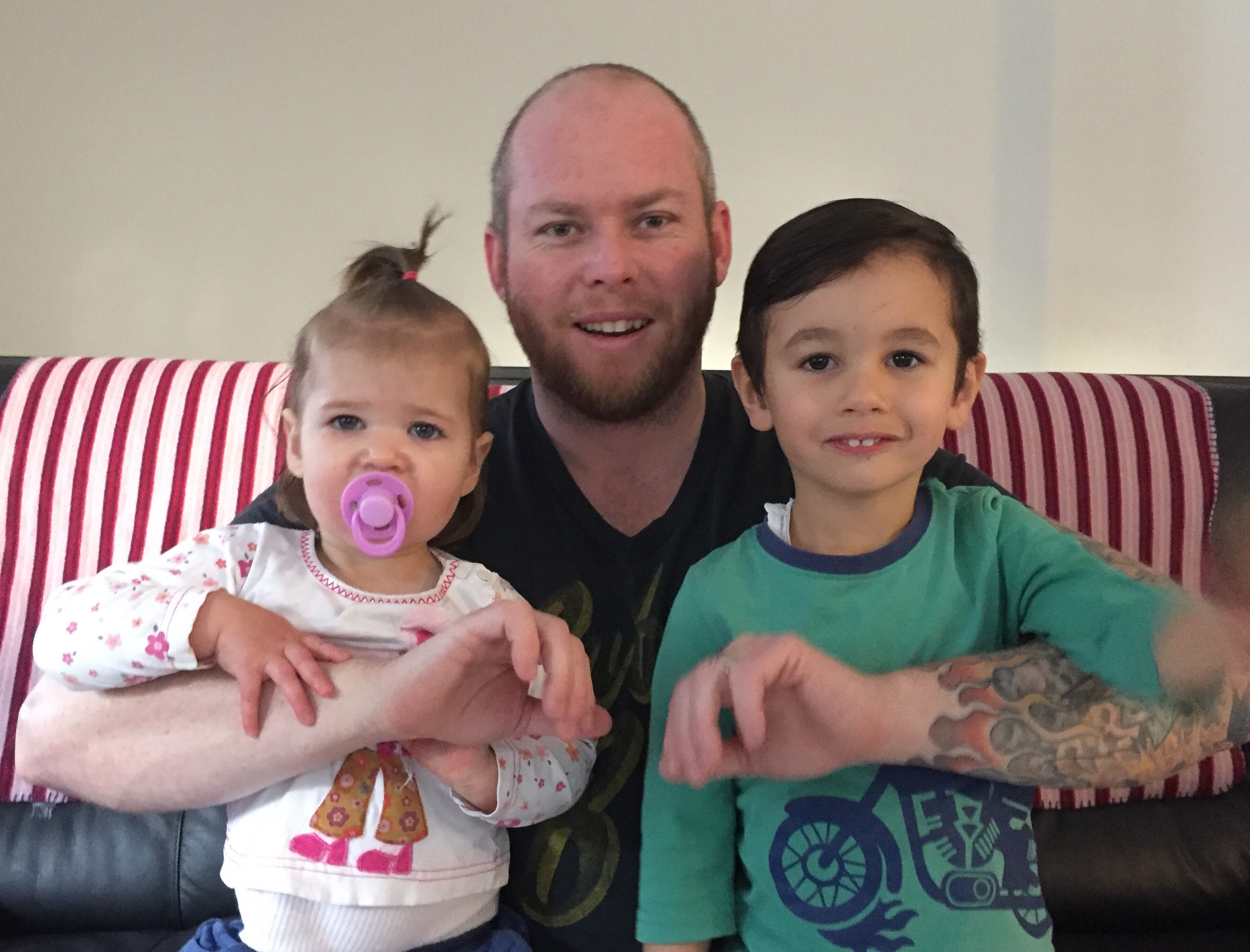 Hope for others: Samuel with his son Fletcher, 2, and baby daughter Charlotte.

The new guidelines cover many services including treatment in the first 48 hours after injury, medical specialists within the first three months, plus ultra-sounds, X-rays, medicines and services of  physiotherapists, osteopaths, chiropractors.

It also includes expenses such as travel. Find a detailed summary HERE.

“I’m happy for those workers who now will be able to get specialist help soon after they’re injured, not get treated like a number rather than a person ,” Sam said.

The AMWU and CFMEU made the breakthrough in talks with the NSW State Insurance Regulatory Authority earlier in 2016 after relentless campaigning for four years.

AMWU NSW Secretary, Tim Ayres, said early specialist treatment would minimise complications and give injured workers the best chance of getting back to work.

“This has come as a result of sustained pressure for change by the AMWU,” he said.

“Having lost the opportunity for early specialist treatment in 2012 as part of the cruel NSW Government workers comp. changes, it meant some workers were never able to return to their pre-injury employment and in some cases lost their livelihood.”

Mr Ayres said until August 1 insurers’ admin officers commonly took the full three weeks allowed before making a decision. A “no” often meant months or even years of litigation.

“The scheme has a long way to go before it can be considered fair, but all of this underlines the importance of workers having their own GP assess their injuries and not see a company doctor unless they have first sought advice from the union,” he said.