The AMWU is vowing to continue support for the WA community of Collie after the Fair Work Commission upheld an earlier decision which gives the employer of the coal mine maintenance workers the power to impose a 43 per cent pay cut.

A Full Bench of the FWC confirmed mine owner Lanco had the right to terminate the workers’ existing union agreement and return to the industry award, rejecting an AMWU appeal.

Yet in a bizarre twist, the Commission also maintained a temporary stay order preventing the company from doing so in recognition of the economic harm it is already causing to Collie and the WA south-west.

That’s estimated to be $13.5 million annually sucked out of local businesses.

The contradictory ruling left the local community in limbo, as it came through just minutes before highly promising talks between the AMWU and Lanco were due to re-start.

Instead, the Indian-owned multinational cancelled those talks and fell back to its previous hardline position that the 43.5 per cent wage cut, drastic loss of conditions and harsh new rosters must be implemented.

Late this week the Commission decided the stay order will be lifted on August 14, giving families a final fortnight to prepare for a sudden, drastic loss of income.

But WA State Secretary Steve McCartney said reverting back to the inflexible Black Coal Mining Industry Award would make any plan Lanco had to improve the operation of the mine and its equipment impossible to implement – and the company knew it.

Delayed talks with the company are scheduled for next Wednesday.

“The Commission pulled the rug from under us and the wider Collie community but Lanco  know they will have to come to a realistic resolution sooner or later,” Mr McCartney said. 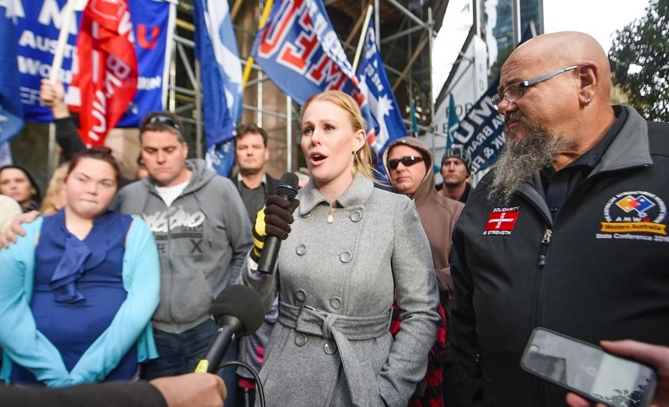 Collie local Carys Golding said she and her husband – an AMWU member - were among many people tightening their budget belts for a weekly income loss of $1000-$1500.

“People are stopping spending, local businesses may have to close but we have to think of keeping paying our mortgage,” said the mother of three young children.

“We’re cutting all other payments to put food on the table.”

The AMWU is still in a bargaining period and our members currently have the right to take protected industrial action.

The AMWU is also looking at the legal possibilities of a remedy in the Federal Court.

Mr McCartney also said outlined his concern at the implications of the FWC decision for every Australian worker, particularly those in mining.

“This will have serious flow on effects to workers everywhere, with the Fair Work Commission effectively opening the door for employers to walk away from their responsibilities and from the obligation to bargain in good faith,” he said.

The FWC had previously approved an application by The Griffin Coal Mining Company to terminate the current enterprise agreement between the company and maintenance workers at the mine after its nominal expiry date on 10 July 2016 in “the public interest”.