Cindy in tune with top-flight women

Cindy Jarvis is an AMWU member whose determination is taking her places in aerospace, the next stop being the country music capital of Nashville, Tennessee.

The Boeing aircraft maintenance engineer in Melbourne was on song as the inaugural  winner of the “Hoss” Beckman scholarship, which encourages women to achieve their dreams in aviation.

Ms Jarvis left on International Women’s Day with all-expenses paid to attend the Women In Aviation International Conference. She was expecting to meet women who have flown through America’s glass ceiling in aerospace, as well as sharing her own story.

“I enjoy the high standard of work in this industry, the tolerances are so exacting, so fine, down to microns – if you get it wrong a plane can fall out of the sky,” she said. 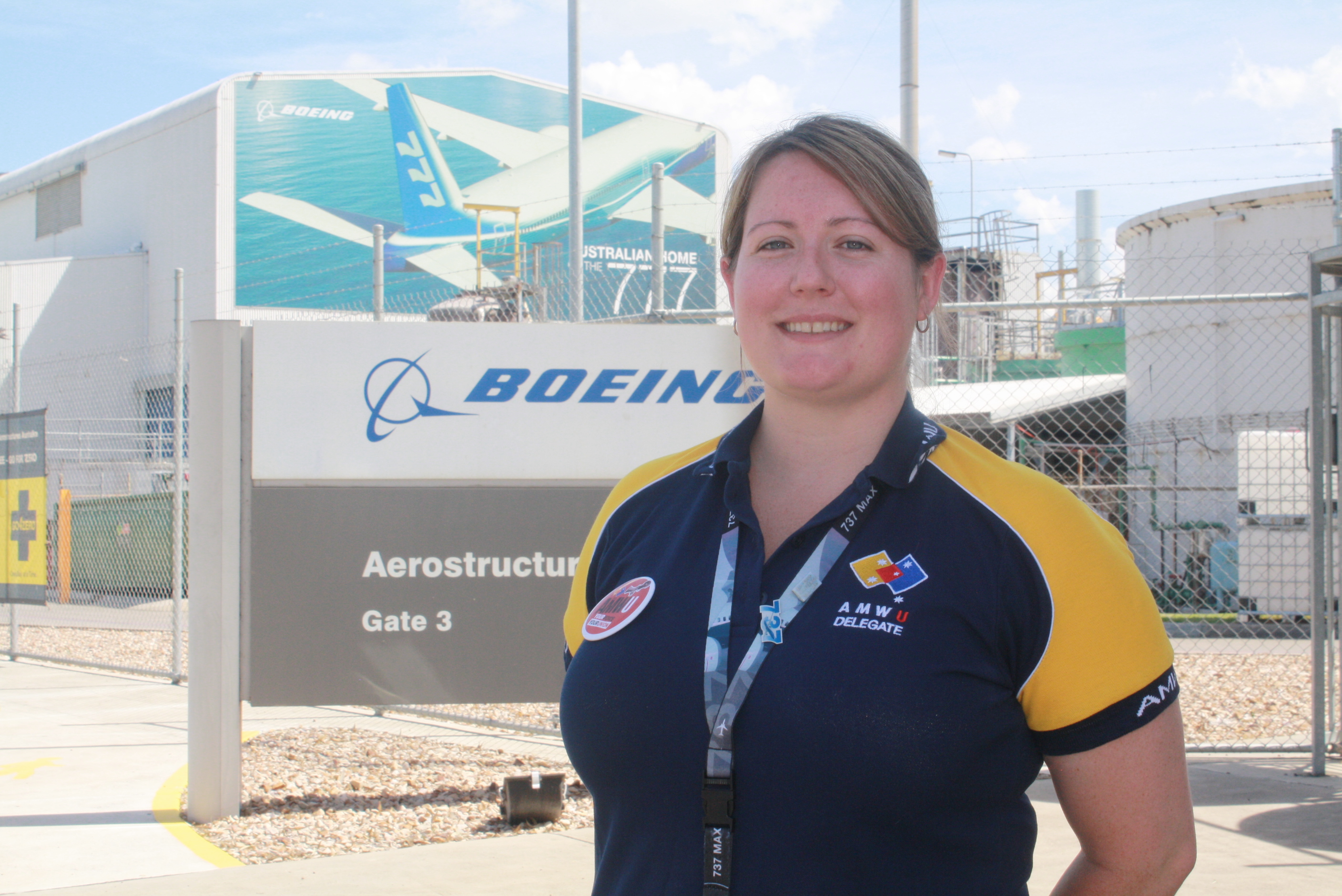 Nashville sky show: Cindy Jarvis has won her way to one of aviation's biggest gigs, the Women in Aviation International Conference.

“It’s kind of interesting to be one of the few women in aviation engineering in Australia, but really we need more coming through.

“I think more women should be able to enjoy the challenge, including the hands-on work and physical labour, but there still seems to be a stigma attached as though women are supposed to be working in the office.

“That mentality is from older times, no woman should feel scared because it’s not like that any more. The majority of people I work with are awesome.”

Ms Jarvis has seen big improvements in the nine years since completing her apprenticeship at a NSW shop maintaining RAAF Hercules C-130Hs, where a couple of managers didn’t show any appreciation of gender tolerances, fine or otherwise.

“There were a lot of ex-military people that didn’t like women being on the shop floor and even some managers made it hard for me,” she said. “But I also made a lot of great friends that taught and guided me to qualifying as an aircraft maintenance engineer.

“The union helped me to ensure things were done fairly during my apprenticeship.”

Ms Jarvis’ enthusiasm for a challenge reflects her mother Jennifer, who was among the first few women in Australia to skipper a prawn trawler.

“I’ve never met anyone as strong and independent,” Ms Jarvis said. “She used to say that women had to work twice as hard as men to get half the praise. Mum passed away in 2008 - she still inspires me to improve and be the best I can be.”

Ms Jarvis gained experience by working on Boeing 777 rudders, then hydraulic components of RAAF P3 Orions  and now is at  Boeing Aerostructures in Melbourne where she helps assemble ailerons for Boeing 737s.

It’s a supersonic pace when you add in her role as an AMWU delegate and her studies at Victoria University, where she is taking on a heavy course load for a Bachelor of Mechanical Engineering.

Ms Jarvis flew out with her the AMWU’s best wishes and her mum’s spirit as she prepared to mix it with the world’s top-flight women. 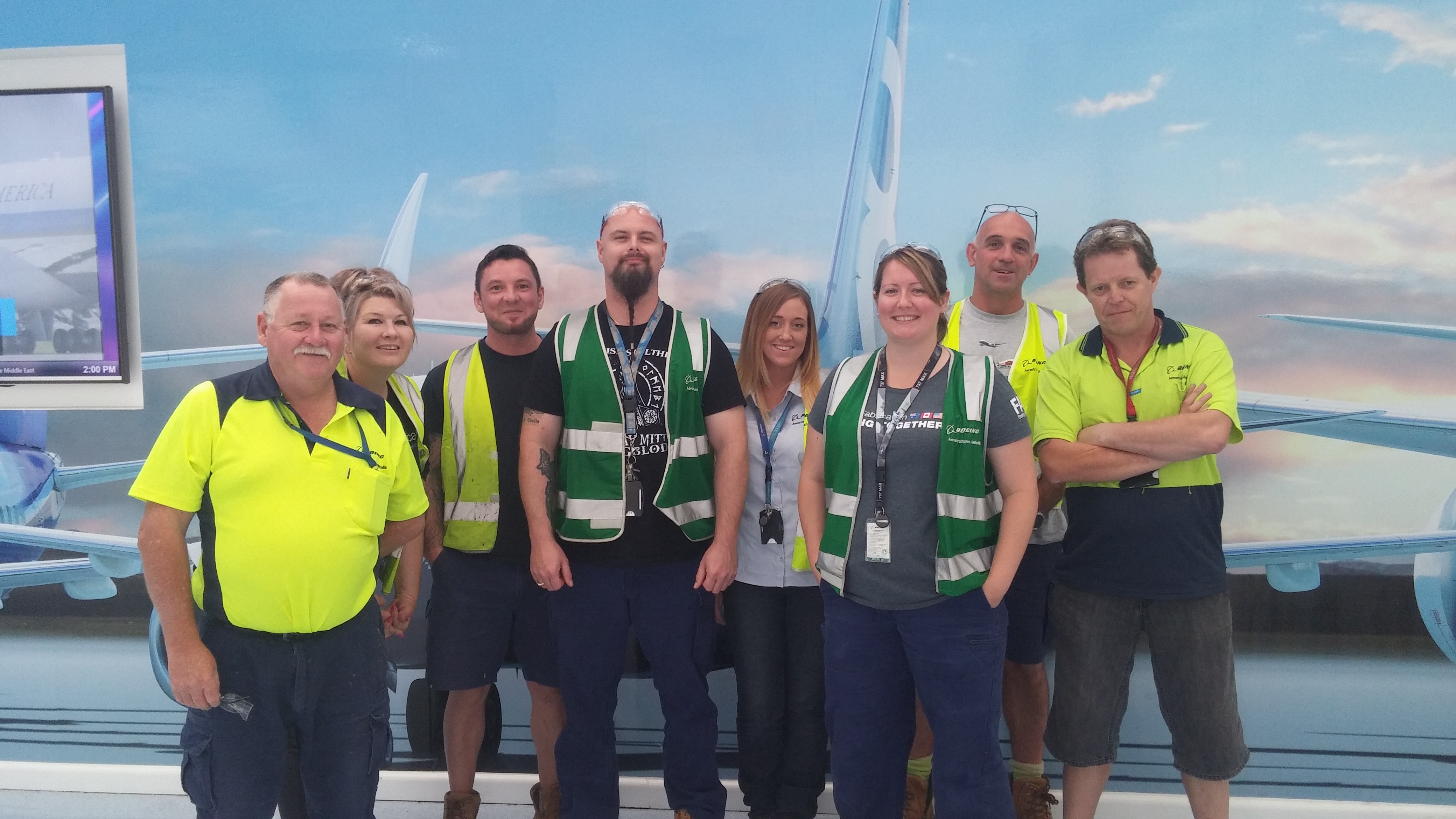 Hi-tech union team: Cindy Jarvis (3rd from right) with some of our other AMWU delegates at Boeing's plant at Fisherman's Bend, Melbourne.