High-profile Federal politician Pauline Hanson was earlier this year left with Easter egg on her face after calling for a boycott on Cadbury chocolate.

Earlier this year, with Easter approaching, Senator Hanson made national headlines when she posted a message on her Facebook page encouraging consumers to bypass Australian Cadbury eggs and to hunt for Swiss-made chocolate instead.

The Senator tried to justify her attack on Aussie jobs because of Cadbury’s use of halal certification, a crucial process in accessing lucrative export markets.

Easter is, of course, peak season for chocolate sales, so her attempted boycott had the potential to jeopardise jobs at Cadbury’s three plants in Victoria and Tasmania

AWMU Tasmania State Secretary John Short struck back, serving Senator Hanson with a glass and a half of full-cream Aussie patriotism.

“I just thought it was outrageous,” John said.  “For someone that’s supposed to be supporting Australians and Australian jobs, she was doing exactly the opposite.”

“And with huge export markets like Indonesia at our doorstep, why wouldn’t Cadbury be getting its products certified, so that it can sell more chocolate and support more local jobs?”

The controversy sparked a national campaign to buy union-made Aussie chocolate, led by the AWMU.  Social media was flooded with pictures of empty shelves from supermarket aisles, as consumers voted with their wallets.

Cadbury has been part of life in Hobart since 1922, when the chocolate factory was first built on a peninsula jutting out in the Derwent River in the city’s northern suburbs.  It has remained a significant local employer, with 400 workers at the site.  The factory also helps support the Tasmanian dairy industry.

John Short said it was important for the AMWU to respond to Senator Hanson’s uninformed comments, and to fly the flag for local workers.

“It is important for the union to stick up for its members, and to make sure people were aware that what Hanson was spruiking could ultimately cost jobs,” he said.

“We’ve had job losses at Cadbury in Hobart over the past two or three years, and we just can’t afford any more.” 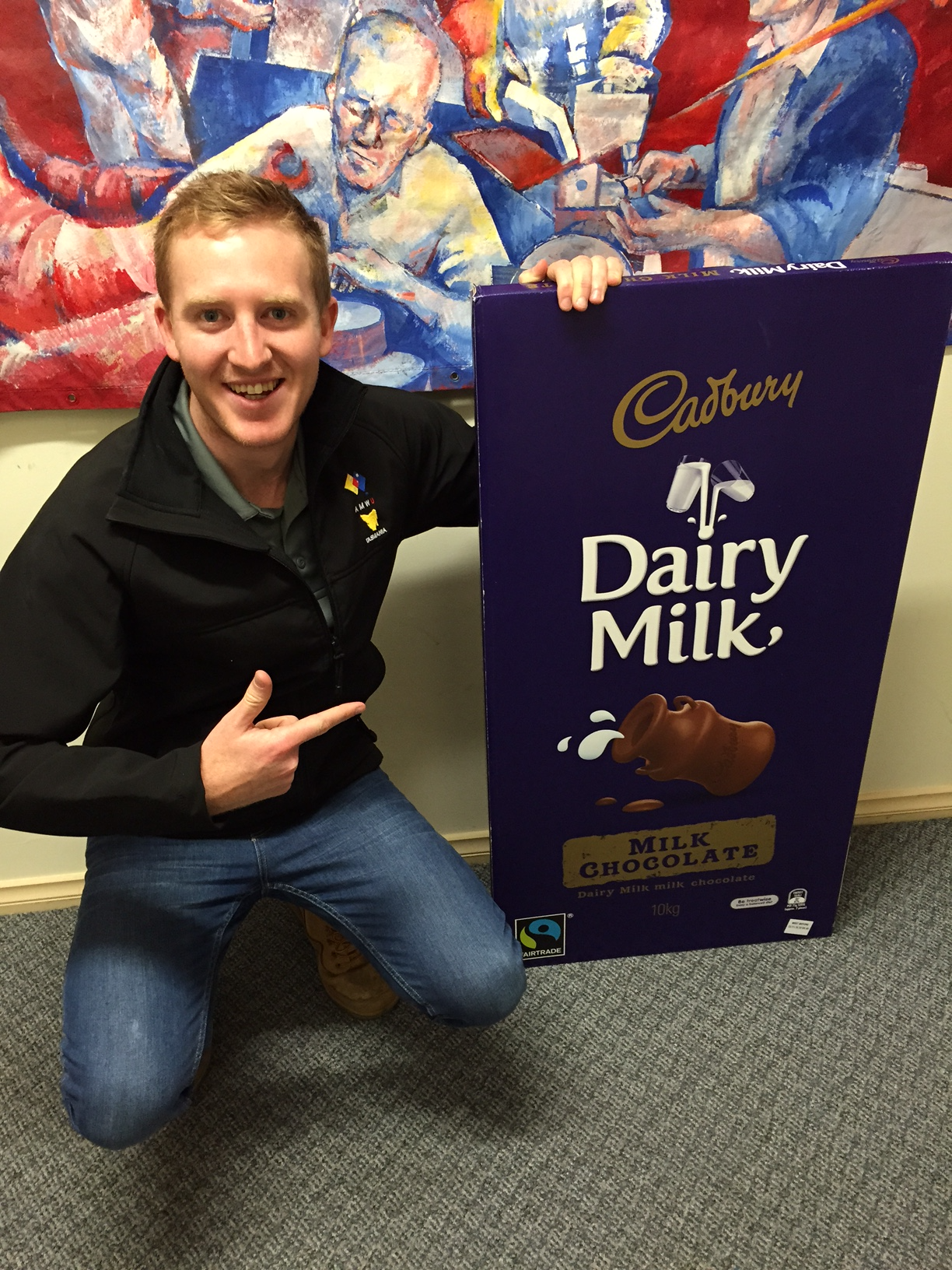 Tasmanian Branch Organiser Jacob Batt shows off the delicious chocolate made by AMWU members at the Cadbury factory outside Hobart.