A new television ad about the threat to jobs from the China free trade agreement hit screens this week as the union campaign against the deal picked up strength.

The ad is paid for by the AMWU, CFMEU and ETU and started screening after the weekend’s  ALP National Conference  agreed to block the China deal in Parliament until it includes a proper package of skills testing and safeguards on bringing in foreign labour.

The TV advertisement backs in radio ads that have already been running.

In addition, AMWU members have taken to the streets in protest against the deal – including at the ALP conference, and in Brisbane and Sydney.

Last weekend’s ALP Conference endorsed a push by unions to re-negotiate the labour chapters of the agreement, which removes local skills testing for Chinese workers.

It also allows entire labour forces to be brought into Australia for projects worth over $150 million which have as little as $22.5 million of Chinese investment.

Unions are concerned the CHAFTA  will unfairly lock out local skilled workers,  undermine Australian sovereignty, drive down wages and conditions,  endanger safety and exploit any foreign employees brought into the country.

“The details finally released by this secretive Government has revealed that manufacturing jobs will be sacrificed in return for dubious gains for agricultural and mining exports.”

“The more the community learns about these secretive trade deals the angrier they become. It’s vital we keep the pressure on the Abbott Government,” Mr Dettmer said.

“Mr. Robb and PM Tony Abbott can set the record straight if they believe our assertions are wrong. They haven’t done so, they just keep criticising and denigrating anyone who speaks out.” 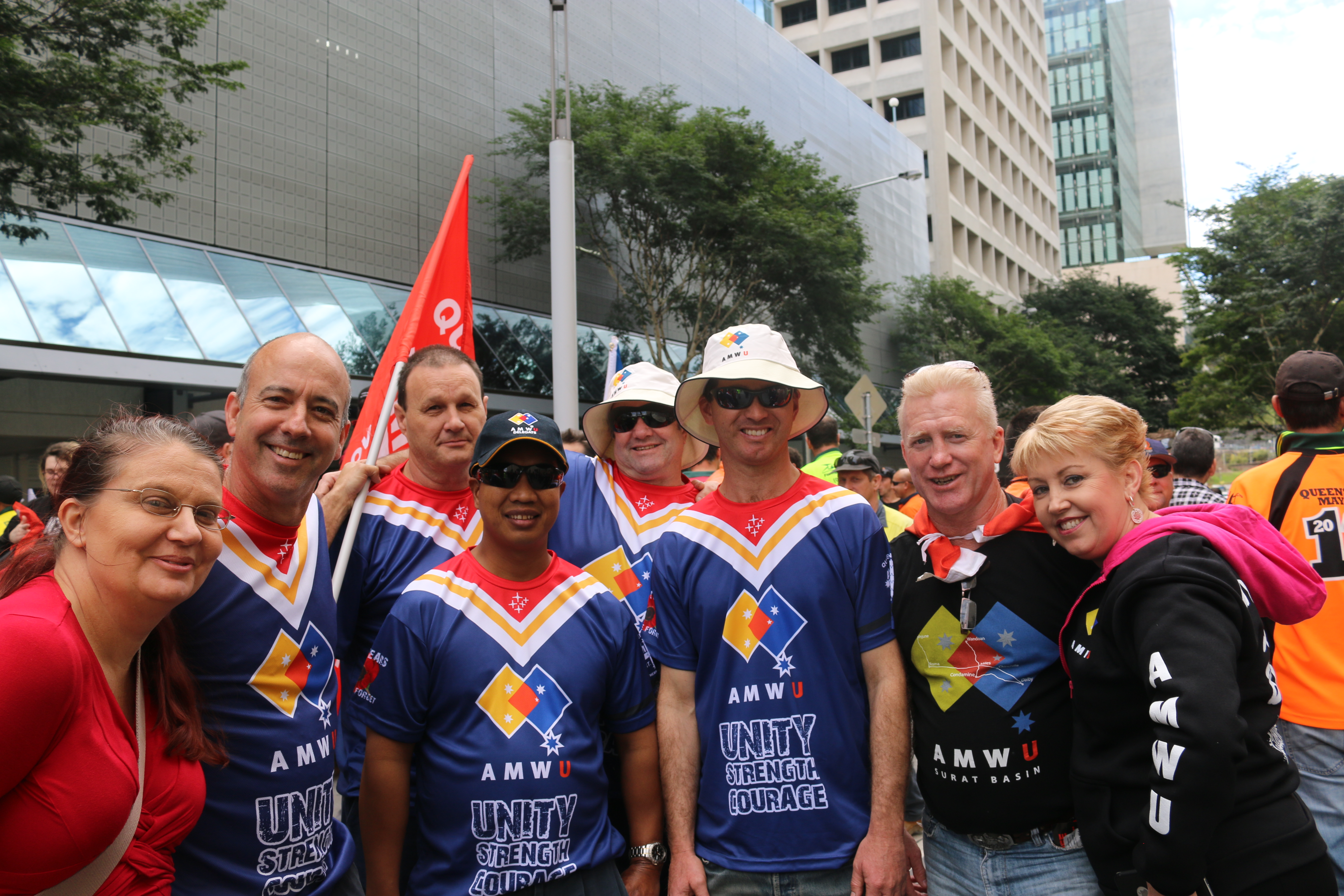 Big turnout: some of the AMWU members among the crowd over over 2000 in Brisbane protesting against the China Free Trade Agreement.