The AMWU is strongly opposed to the signing of the China Free Trade Agreement (FTA) this week, with potentially huge hits to manufacturing jobs and to all workers and taxpayers.

Under the FTA, Chinese corporations can bring in entire workforces if they make a 15% investment on projects worth as little as $150 million, under “Investment Facilitation Agreements. ”  These allow for so-called “increased labour flexibility.”

While PM Tony Abbott is big on back-slapping over reducing trade barriers on beef and wine exports, the Government is coy on its wider impact. 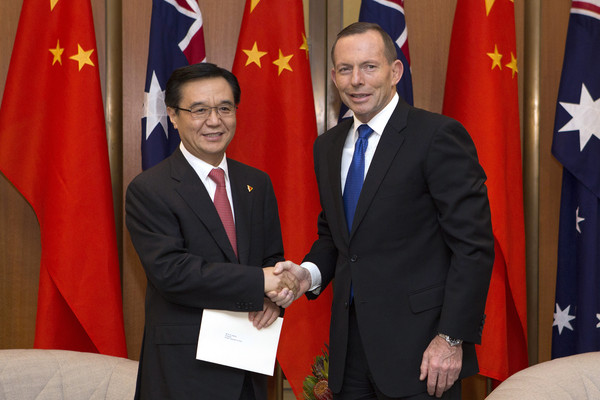 “Jobs for local workers must be guaranteed under any trade agreement signed – a fundamental test that this agreement fails,” said AMWU National President Andrew Dettmer.

“Any major construction project is over $150 million – these agreements could send employment shockwaves through the sector if we see free movement of workers brought in,” warned Mr Dettmer.

“Despite the Government’s claims that labour market testing will apply, rules for these new IFAs will be based on Enterprise Migration Agreements – which do not require employers to advertise jobs locally before recruiting workers from overseas," said Mr Dettmer.

“There also are no safeguards that any workers coming from overseas be employed under Australian standards – thereby undercutting the entire workforce. We know that the public is strongly opposed to this."

Enterprise Migration Agreements were originally set up for projects of more than $2 billion with more than 1500 workers but the figure has been downgraded while the same rules kept.

Mr Dettmer said the export benefits to rural producers from the China agreement would pale compared to the disadvantage to workers from allowing in foreign workforces on wages and conditions which undercut Australian jobs, particularly with unemployment at a record high.

The AMWU is also deeply concerned about the Investor State Dispute Settlement (ISDS) mechanism that will allow Chinese corporations to sue Australia's government in overseas trade tribunals if a change in law can be claimed to have harmed their investments in Australia.

That is already happening in the case of tobacco giant Philip Morris, which is suing Australia over our cigarette plain packaging laws.

It is the same legal loss of sovereignty which will expose Australian governments – and taxpayers – under the pending Trans Pacific Partnership agreement which unions in the US are also fighting.