This year’s Federal Budget is a short-term political fix that does nothing to assist the industries that are the prime drivers of jobs growth and innovation.

The two-year sugar-hit to small business in tax write-offs is nowhere near enough to stimulate longer-term job growth in areas of high unemployment and the Abbott Government again fails to deliver on industry support or reinvigorating the research sector.

“Our unemployment rate already sits at record highs of 6.2 per cent with the Government forecasting an increase up to 6.5 per cent nationally over the next 2. It is a total failure”, said AMWU National Secretary Paul Bastian.

“And we know that the figures are worse in many local areas – like Geelong, the Hunter, parts of South Australia and Kwinana.

“Australia is facing the threat of slipping into long-term structural unemployment.”

“This is a Budget is bankrupt of vision for the future for this country, there’s nothing about sustainable job creation and there’s further cuts to important social services,” Mr Bastian said. 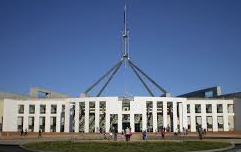 In addition, the Fair Work Ombudsman will lose 25 staff, and a tiny $3.7 million  has been allocated to tighten the 457 visa program over the next 4 years.

The Government has continued to ignore the strategic spending it could have made  to help stimulate jobs growth: –

“This is a Government with no vision, no creative ideas - the only jobs this budget is designed to save are Tony Abbott’s and Joe Hockey’s,” said Mr Bastian.