Bringing leave into the 21st century

The union’s Victorian branch is campaigning hard for workers in transient industries the opportunity to take their leave entitlements with them between jobs.

“More and more workers are employed on short term contracts, labour hire or have to move employers regularly – and these workers deserve the right to accrue the benefits of entitlements like annual leave,” said AMWU Assistant State Secretary Craig Kelly.

The Victorian branch has welcomed a parliamentary inquiry instigated by the Andrews Government into how portable long service leave – accumulated across employers - can be extended and improved. 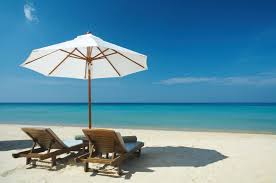 Craig Kelly said it had real potential to spread more widely our union’s past  successes in winning portability of long service leave for some members in the  labour hire industry, particularly maintenance installers on third party sites.

“The AMWU has been among unions in the forefront of introducing portable long  serve leave in labour hire, where the nature of the industry means most workers will move between projects and employers over the years,” he said.

“But the nature of work has radically changed across the whole economy, and  working for the same employer for the 10 years needed to qualify for long  service leave is no longer common.

“Long service leave should be based on years in the workforce, rewarding loyalty to the country by paying taxes and not discriminating against people because changing their employer is a chosen or an imposed part of their working life.”

The right to portable long service leave is generally not covered in agreements, but State Governments have the power to legislate.

The Victorian Parliament will consider the economic and social impacts of extending portability beyond the construction and maintenance  industries, with their report due by May 2016.

Four million Australians work as casuals, fixed term labour or for labour hire firms, which ACTU policy says often “act as little more than conduits by which casual workers are deployed to a host employer as a means of reducing cost.”

The latest official statistics show that only a quarter of the workforce have remained with their present employer for more than 10 years.