Union members this week voted up a $200 million rescue package for the Port Kembla steel works which is set to secure Bluescope’s operations in the Illawarra and the future of the region’s workers and economy.

The package negotiated by unions including AMWU will prevent Bluescope closing the iconic Port Kembla complex, which would  been catastrophic for the region’s businesses and jobs.

The final vote favouring two new agreements, covering the steel works and the Colorbond plant at Spring Hill, showed the worth of months of crisis talks which also secured the employment of about 100 AMWU maintenance members at both facilities.

A recent report predicted that closure of the Bluescope steel works would cause over 10,000 direct and indirect job losses across the Illawarra region.

BlueScope’s board had threatened to shut Port Kembla in view of the plunging world prices for steel and dumping of cheap Chinese steel, unless unions contributed to heavy cost-savings.

“The members worked so hard to rescue the plant not just because they wanted to save their own jobs, but also because they recognised that they had a duty to the Illawarra region to preserve the steel industry,” Mr Ayres said.

“They stood in solidarity with other workers who would have been affected by a closure.”

He was also proud of the way our delegates had negotiated through very difficult issues, including a wage freeze. Job losses planned via voluntary redundancies will largely not affect AMWU members.

“This package has been built over many months of patient and respectful negotiations between the steel unions and BlueScope management,” he said.

“All parties displayed commitment and courage throughout the process. This result is a testament to the strength and intelligence of our union.”

A relieved AMWU delegate, Gavin Bubb, said if either of the agreements, at Spring Hill or the steel works, had of been voted down it would be likely that BlueScope would have closed the steelworks.

“It was an absolute necessity for these agreements to get up if we were going to keep jobs in the Illawarra,” Mr Bubb said.

“Manufacturing and mining in the Wollongong area has taken a hit, so it was our objective to save the Port Kembla jobs – this is a tight-knit community and now people know they have at least three years where they can feel secure.”

“Australian governments must buy Australian steel, the Baird Government should have a local steel procurement policy for government work, as exists in Victoria” he said.

“We will fight for these laws in state and federal parliaments because we want steelmaking to stay in the Illawarra for generations to come.” 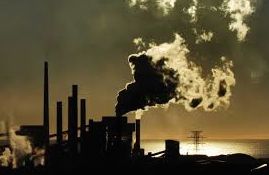