Boxful of gains our Specialty

Members at the national packaging firm in Melbourne’s South have boxed up their first union agreement after joining the AMWU a year ago.

The members at Specialty Packaging Group have won wage rises up to 7.5%, better rosters, and guaranteed full-time employment after six months of working as a casual.

AMWU Victorian Print Secretary Tony Piccolo said Specialty had been a low-profile offshoot of Orora which only came to the union’s attention when we found an existing member had transferred there.

“We looked at the non-union agreement and pointed out the problems to some of the workers in Melbourne,” Mr Piccolo said.

“They readily agreed and were excited about the chance to control their own conditions. There were two great delegates elected who got busy recruiting people.” 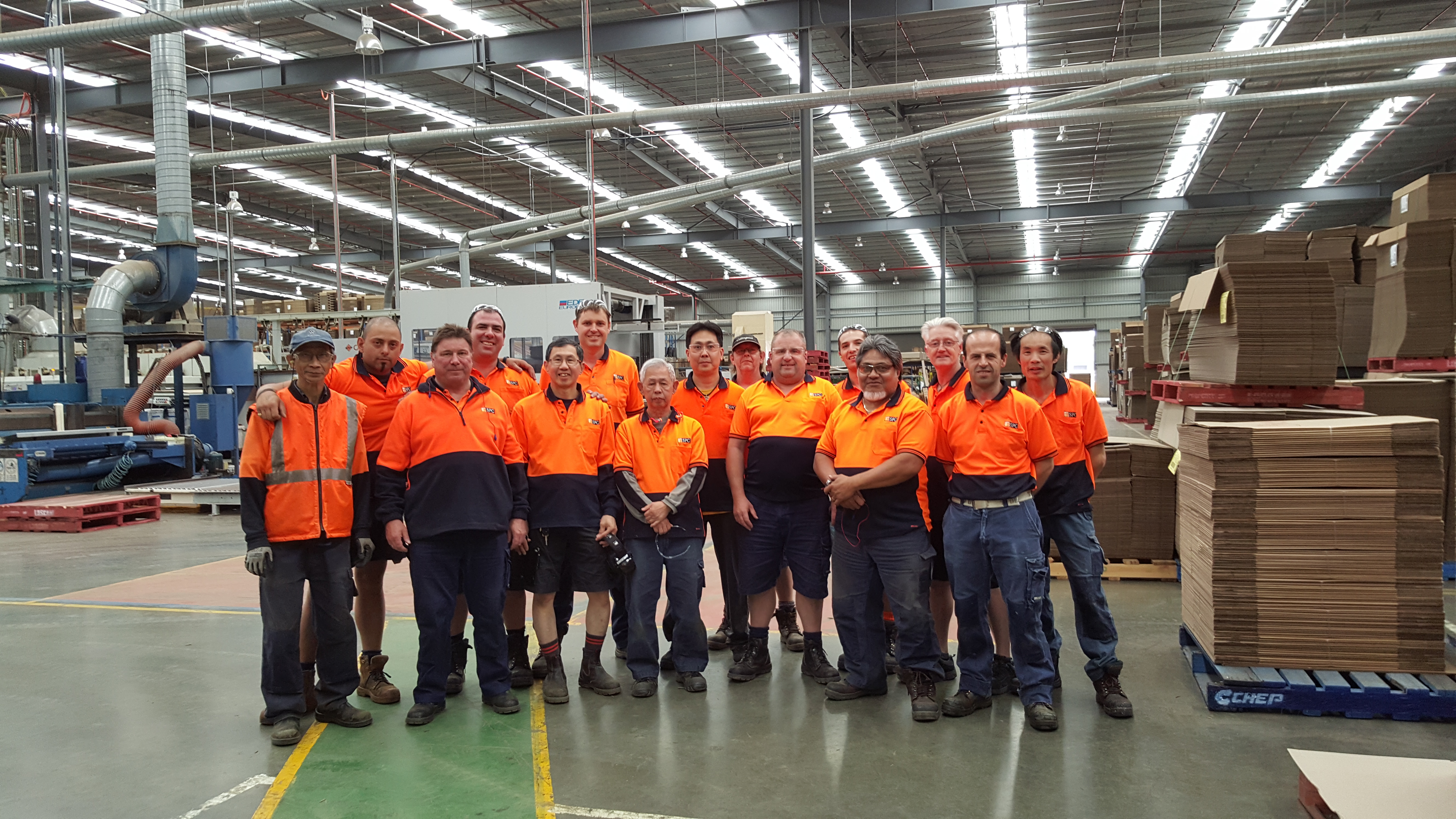 Box of goodies: our AMWU members at Specialty Packaging are set to reap the benefits of their new union agreement.

Employees were sick of the uncertainty of not knowing if they would be compelled to take an annual leave day with only five days shut-down notice, dependent upon daily production.

They could be sacked for what management alone decided was “neglect of duty” and if summarily dismissed would lose all their long-service leave entitlements.

Most of the 29 permanents and nine casuals had joined the AMWU by July when the old agreement expired, finally giving the chance for a better deal.

Father of the Chapel Dave Thomas said shut down days will now be limited to five a year, but there must be a full fortnight’s notice.

They also gained a new classification structure to start recognising their skills, already meaning a skills pay rise of 5 per cent for some on top of the standard 2.5 per cent rise.

“There’s a true incentive now to improve skills and move to the next level,” Mr Thomas said.

But the final sticking point was company’s refusal to consider converting its casual employees to permanent after six months, leaving some who had been casual for years in limbo.

“The guys were sick of training people who would be left as casuals on less pay and then leave. Nearly everyone voted to reject the company’s proposed EBA and instead to authorise protected action,” Mr Thomas said.

That solidarity was a watershed, with management conceding to casual conversion, which was due to lead to full-time work immediately for four people.

“It’s become solid union here, I was a bit uncertain during bargaining but in the end very impressed by the way our guys stood firmly together,” Mr Thomas said.

Mr Piccolo said the new members had discovered their own power to secure an orderly employment future by sticking solid and acting in consultation with AMWU delegates and officials.

“It’s much a better deal which empowers our members - I guess that’s our Speciality,” he said.