Boss sees the light on casualisation

Workers at Thorn Lighting in Sydney are celebrating after forcing their employer to accept a deal on better wages, which also gives improved job security.

The AMWU members took protected industrial action after months of negotiations saw management refuse to come to the table on their key issues.

The heart of the dispute was around casualisation. 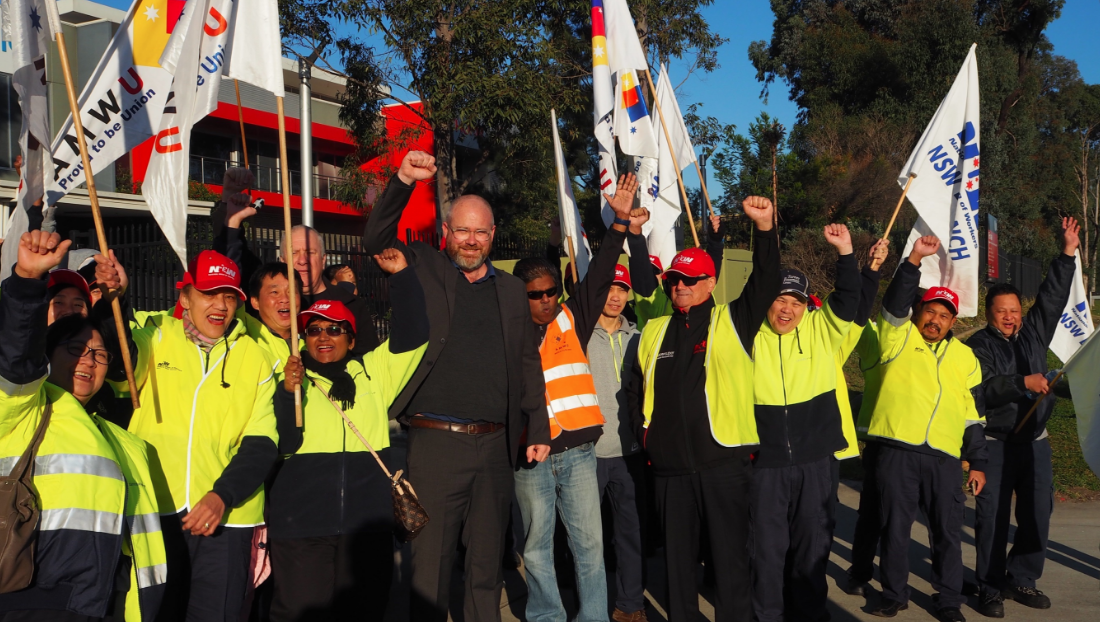 Lightening strike: members of the AMWU and other unions outside Thorn Lighting at Wetherill Park, during a visit from NSW State Secretary Tim Ayres (centre).

Like many workplaces, the Thorn Lighting employees have seen a massive increase in the number of labour hire casuals on-site.

The workers decided they had to make a stand, insisting that their EBA specify that labour hire casuals be paid site rates plus a casual loading rather than the base award rate the company was pushing for.

"There are more benefits like annual leave and sick leave being a permanent employee," said AMWU member Sonia Pomida. "The company wanted to bring in casuals to do our jobs. That's why we went on strike."

When management refused to budge, the workers voted for industrial action.

What was originally intended as a single-day strike was extended when management refused to give ground.

Delivery trucks and couriers refused to cross into the plant, which helped to encourage management to come to the table.

After five days on strike, the workers won all of their demands including an eight per cent pay rise over three years, no grandfathering of conditions and, crucially, labour hire being paid at site rates.

The workers, who assemble high-tech lighting for factories and commercial premises, credit their victory to the strength of their union membership.