The AMWU is extremely concerned about the impact on Fly In – Fly Out workers from Labor’s support of the Abbott Government move to change the Zone Tax Offset.

FIFO workers – and also Drive In–Drive Out workers - who spend more than 183 days a year working in remote areas are currently able to claim the zone tax offset.

Labor has decided to support the Budget’s change of this offset to only be available to permanent residents of remote areas.

“This change is a bipartisan betrayal and will negatively effect thousands of workers around Australia, particularly in WA, QLD and the NT,” said AMWU WA Secretary Steve McCartney.

“It will be felt especially hard in the West.” 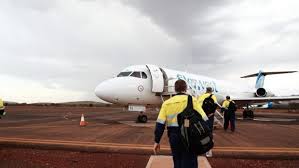 The offset exists in recognition of the high cost of living, including purchasing food, in very remote areas.

“We oppose the removal as it applies a blanket rule to a variety of different work and personal situations,” National Secretary Paul Bastian said.

“Removing the offset assumes that every FIFO or DIDO worker lives in accommodation provided by their employer, and that every worker is provided with food or canteen services.

“This is simply not the case. Many FIFO or DIDO workers have to purchase their own supplies and food in remote areas and organise their own accommodation.

“This will have a huge impact on workers, and cause further stress on what are already challenging work situations.”

Mr Bastian said this would further punish workers already suffering from lengthy separation from family and friends, a cause of mental illness and suicides at a higher rate higher than the general population.

“We agree that people who live in very remote communities need support. But so do FIFO workers,” said Mr Bastian.