The workers who maintain Melbourne Airport's baggage carousels, conveyors and aerobridges have begun to take protected work stoppages after their EBA negotiations stalled with employer BCS.

These hardworking AMWU and ETU members keep the airport running around the clock but their employer, contractor BCS, is refusing to negotiate a fair EBA with the workers. The company wants to reduce the workers' redundancy entitlements and is refusing a fair wage increase in line with inflation, despite the company earning a 20 per cent increase in profits, huge director salaries, and calls from economists for wage rises for workers to keep the economy healthy!

The union members work 24/7, 365 days per year including public holidays. All they are after is a fair go.

If you are travelling through Melbourne Airport, make sure you stop to give the maintenance workers a wave and word of support! 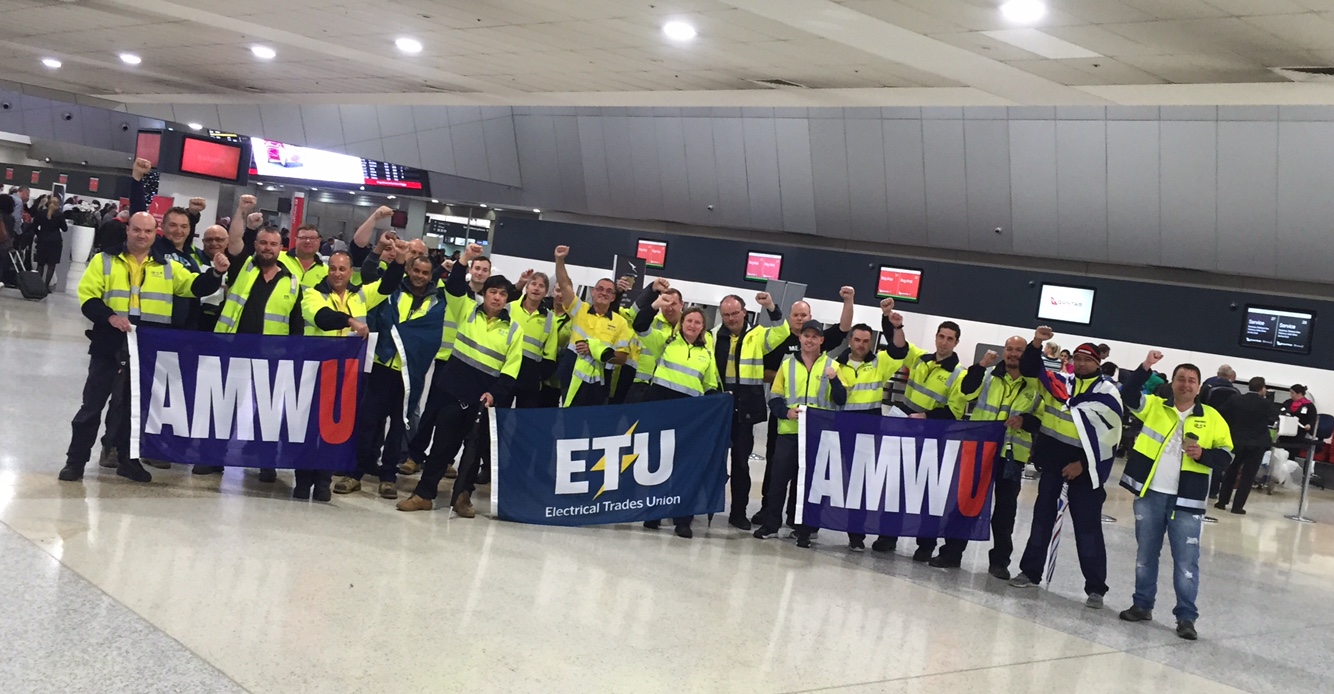 There might be some delays during the protected work stoppages, but let's support the workers to get a good outcome in their EBA so that everyone can have a happy holiday season!