Barnett Government refuses to stand up for Collie coal mine workers

The Australian Manufacturing Workers Union (AMWU) has commended the Member for Collie Mick Murray for his show of support in Parliament yesterday, of workers at the Premier coal mine in Collie, and condemned Treasurer Mike Nahan for refusing to intervene in wage negotiations that will see workers cop pay cuts of up $50,000.

The Barnett Government loaned Yancoal $50 million two years ago, which could ultimately result in Synergy owning 25 per cent of the company.

AMWU State Secretary Steve McCartney agreed with Mr Murray’s statements in Parliament yesterday, and said given that the State Government had loaned the company $50 million dollars it must ensure the company understood its responsibilities to the people of WA.

“This loan could see Synergy, a wholly owned State government entity, take possession of 25 per cent of the company, and its ludicrous to suggest they have nothing to do with it.

“Treasurer Nahan should detail exactly what conditions were attached to that loan, and whether the government is implicated in any way in driving down wages and conditions by proxy.”

“Is the Barnet Government going to just stand by and see these workers, their families and the town of Collie suffer because of the business failings of yet another foreign-owned multi national coal mine owner?

“Its obvious the Barnett Government doesn’t have a transition plan for Collie and the coal mining industry, and they seem determined to sit on their hands and let the town die.

“Like the Member for Collie, the AMWU won’t be deserting these workers or Collie, and we’ll be standing with them as they fight to save their jobs and their town.” he said. 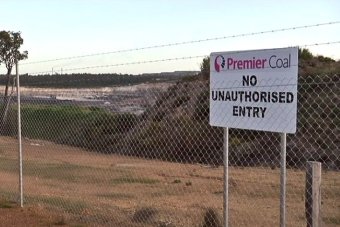