AMWU organiser Colin Muir had his biggest haircut ever this week to show our support for union delegate Russell Phippen, who is fighting serious illness.

The razor was let loose on Colin’s curls  at Victorian auto parts maker FMP as part of a $5000 fund raising effort by our 120 members  at the Ballarat site, where Russell Phippen is conveynor of the union shop committee.

Russell is receiving treatment for cancer and his union mates wanted to show him tangible support by financially helping him and his family, possibly to take a future break away together when he is well enough. (STORY CONTINUES BELOW PICS...)

Below: AMWU organiser Colin Muir was sheepish before being shorn, but went ahead in front of appreciative FMP members. 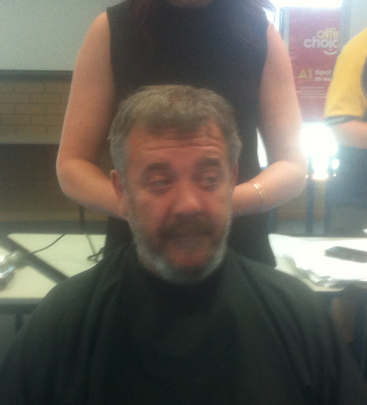 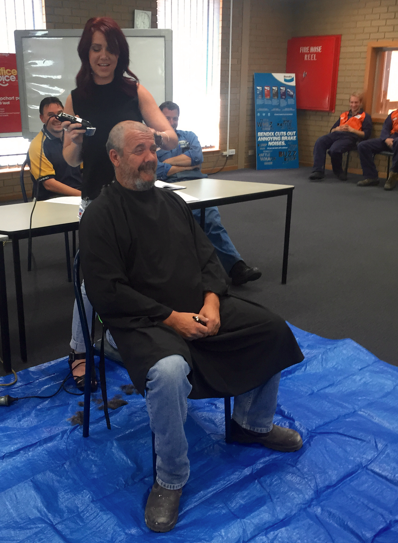 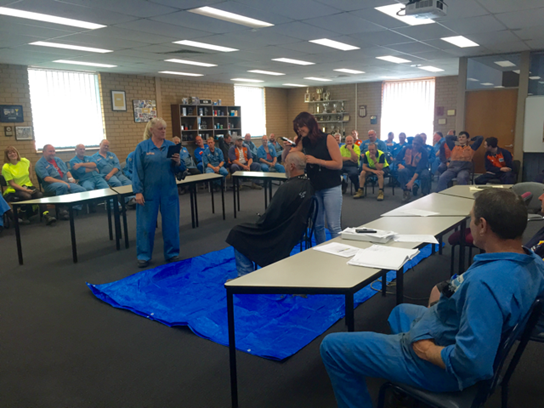 Colin Muir offered to also have his air shaved when Russell needed chemotherapy, to show solidarity and give that extra incentive for the union community to reach the $5000 target.

“I was rather attached to my hair, receding as it was, and hoped to keep it for a few more years at least but helping out Russell was a great reason to test out whether it can ever grow back,” Colin said.

“Russell’s been at FMP for about 30 years, you wouldn’t get a better bloke or union member who has always been prepared to put all his workmates ahead of himself.

“He’s our AMWU delegate on Ballarat Trades Hall, cooks the union barbecue at the Begonia Festival and is held in great affection by all his mates at work.” 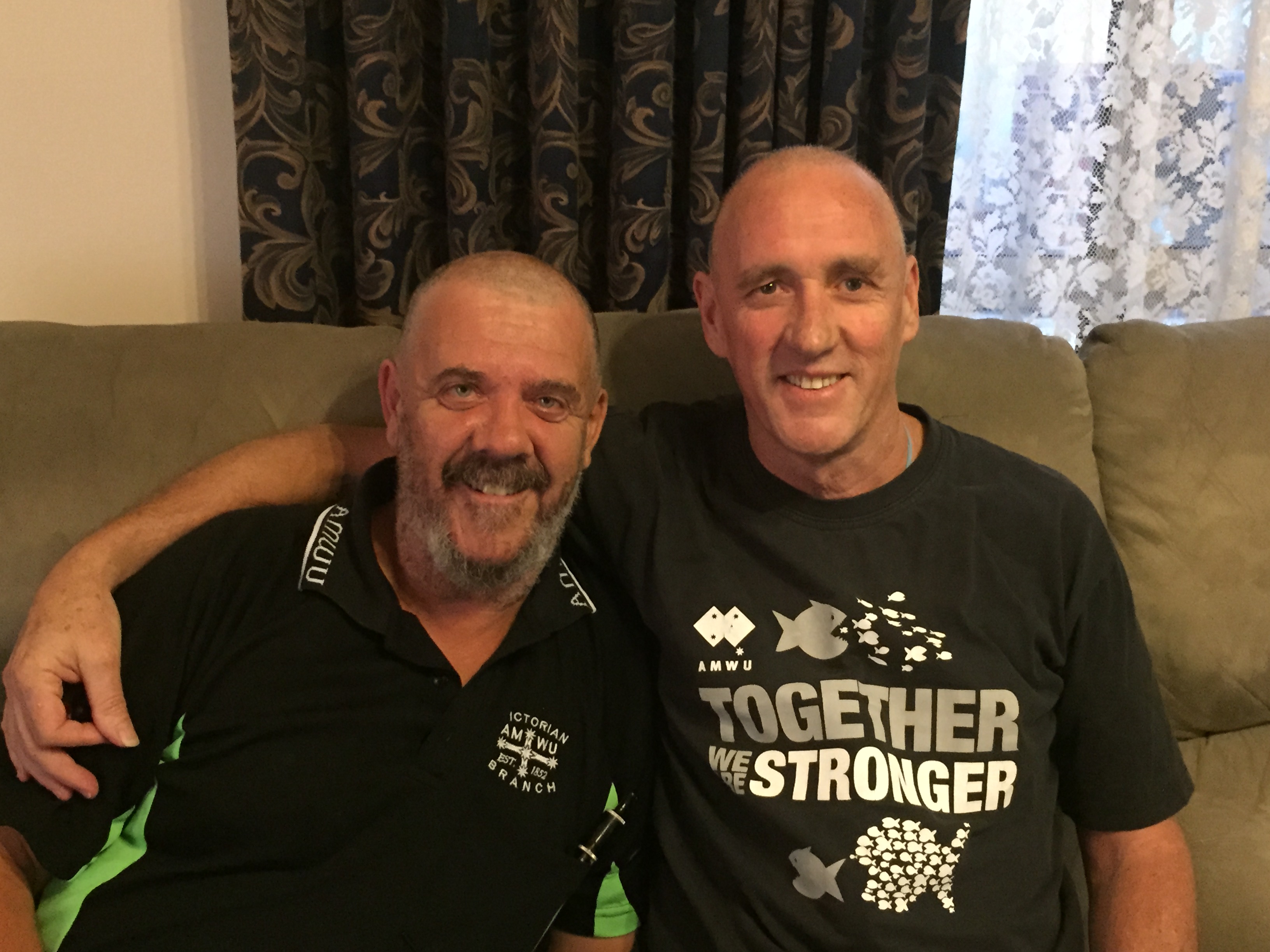 Members at FMP kicked in generously for Russell, as did Ballarat Trades Hall and the AMWU so the total reached  $4200.

WageGuard, which is giving Russell Phippen peace of mind through income protection, readily pitched in an extra $1000.

“I’ve taken over from him and really understand how dedicated he’s been, how much work he does – he’ll do anything for you and we want to see him back, well.”

Russell was unable to attend the shearing, but Colin later visited him at his home.

“He was hanging it a bit on me for my baldness, but was absolutely overwhelmed when I pulled out the donation from the union and WageGuard,” Colin Muir said.