AMWU members at Aspen Pharmaceutical in Dandenong have reached day 9 of their picket line. The workers, along with their NUW colleagues, are taking action to protect their conditions in the negotiation of their enterprise agreement. 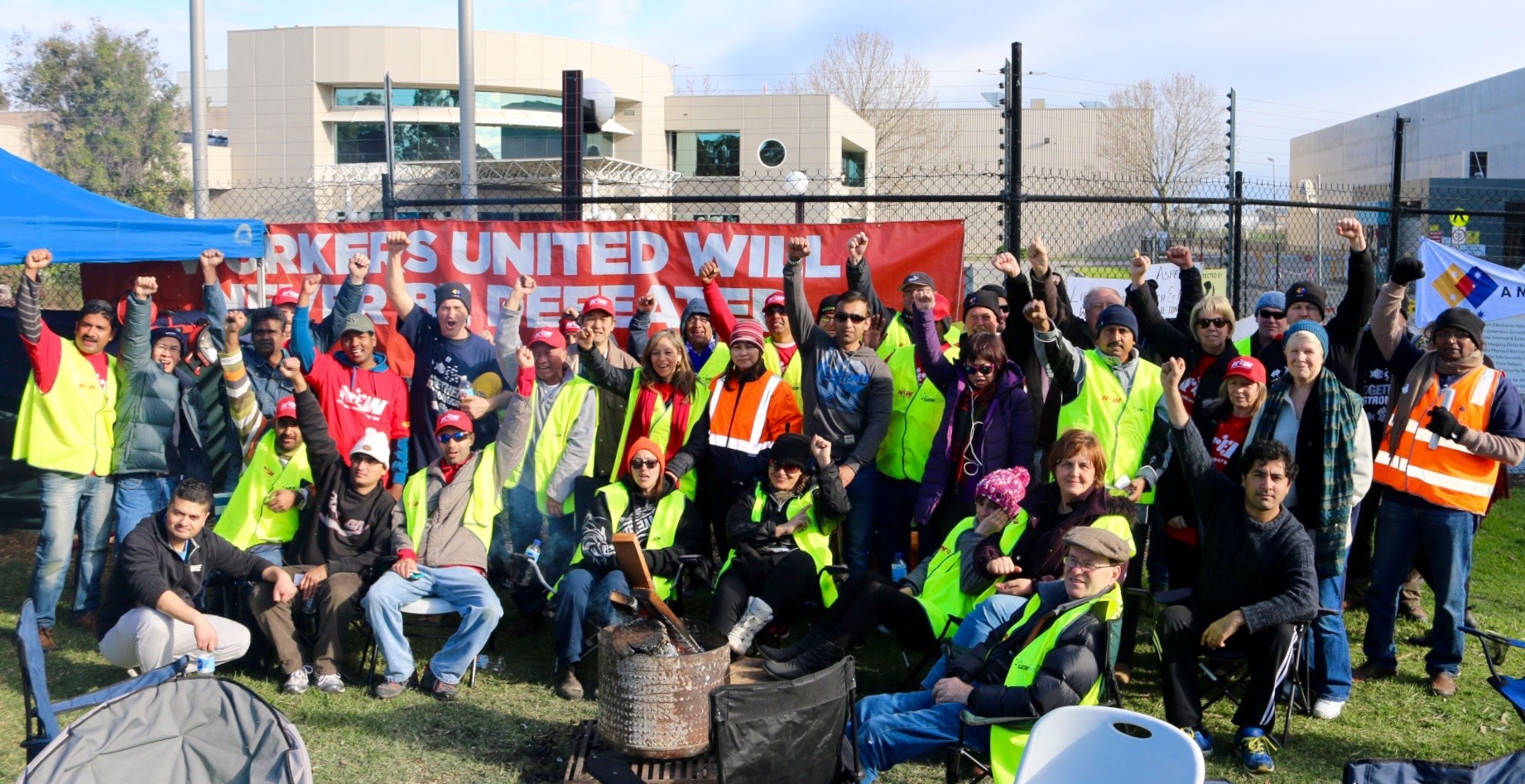 AMWU and NUW members united on the Aspen picket line

The company responded by locking the workers out for 48 hours, and the picket line has continued since then.

Aspen wants to remove half of the workers’ Rostered Days Off (RDO), moving from fortnightly to monthly RDOs, or agree to a below inflation wage raise of 3 per cent over 3 years.

AMWU delegate Bernie Lacey, who has worked at Aspen for 15 years, said that the workers are united in their struggle to maintain their conditions at work, including RDOs that are used to care for children, grandchildren, and elderly parents.

"It's not even about the pay. We work hard at Aspen, and hit all their targets. This is about the conditions that we have fought for and won over a long time. We're not giving them up without a fight!" he said. 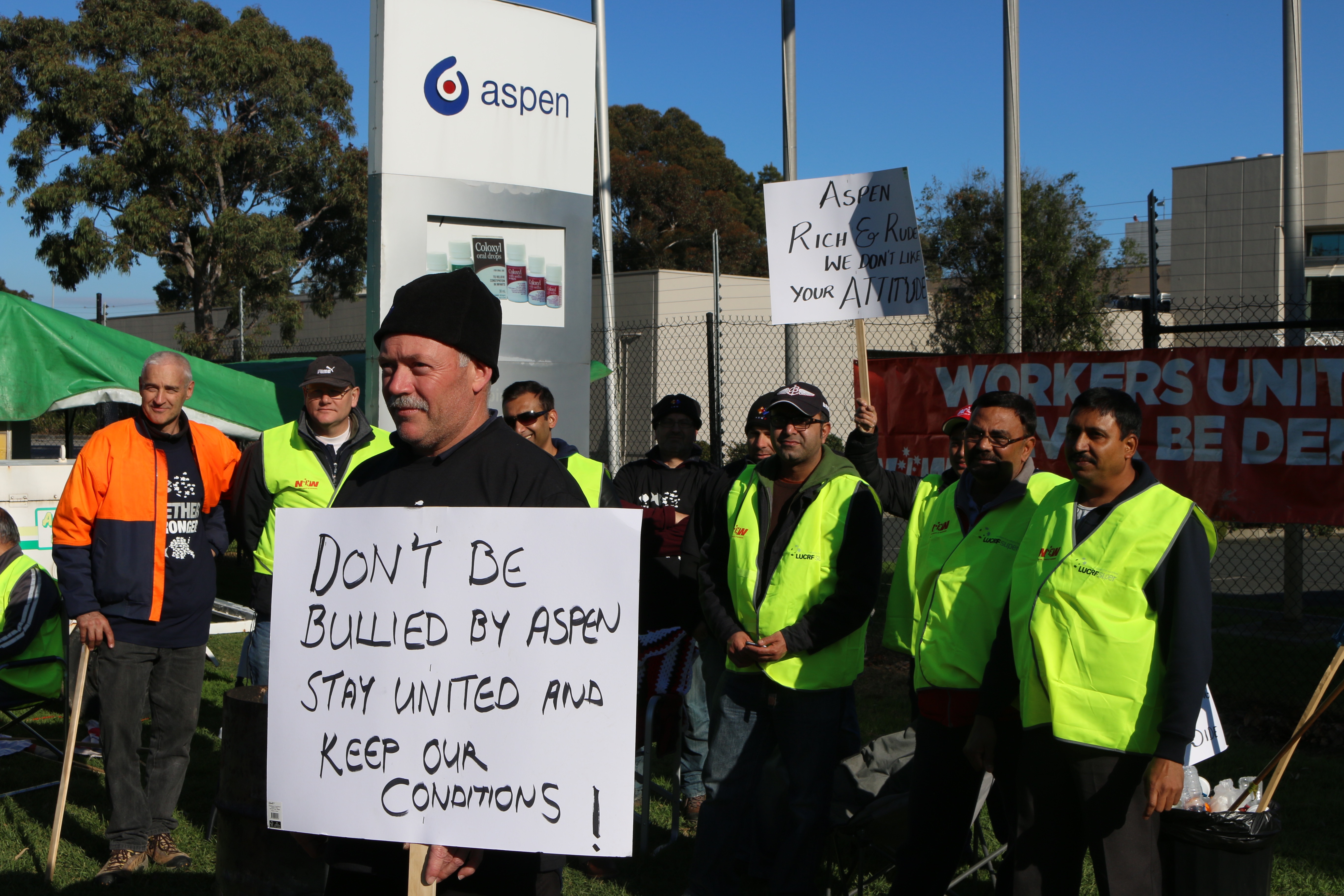 AMWU Organiser Toby Paterson said that Aspen are threatening workers with offshoring their jobs if they do not agree to the cuts to their conditions.

“These workers are hard-working and highly skilled, and achieve great outcomes for Aspen day in, day out,” he said.

“It’s absolutely outrageous that this multinational pharmaceutical company is scaring the workers by telling them that their jobs will be lost to South Africa, purely to cut away their pay and conditions” said Mr Paterson.

Mr Paterson highlighted the challenges facing workers in the Dandenong region, as this work stoppage follows the announcement earlier this week that 58 workers at the neighbouring Nissan parts warehouse will shortly be losing their jobs.

“The Dandenong region needs investment and support from the Government and business, not threats to their jobs and livelihoods,” said Mr Paterson.

See more photos of the Aspen picket line below 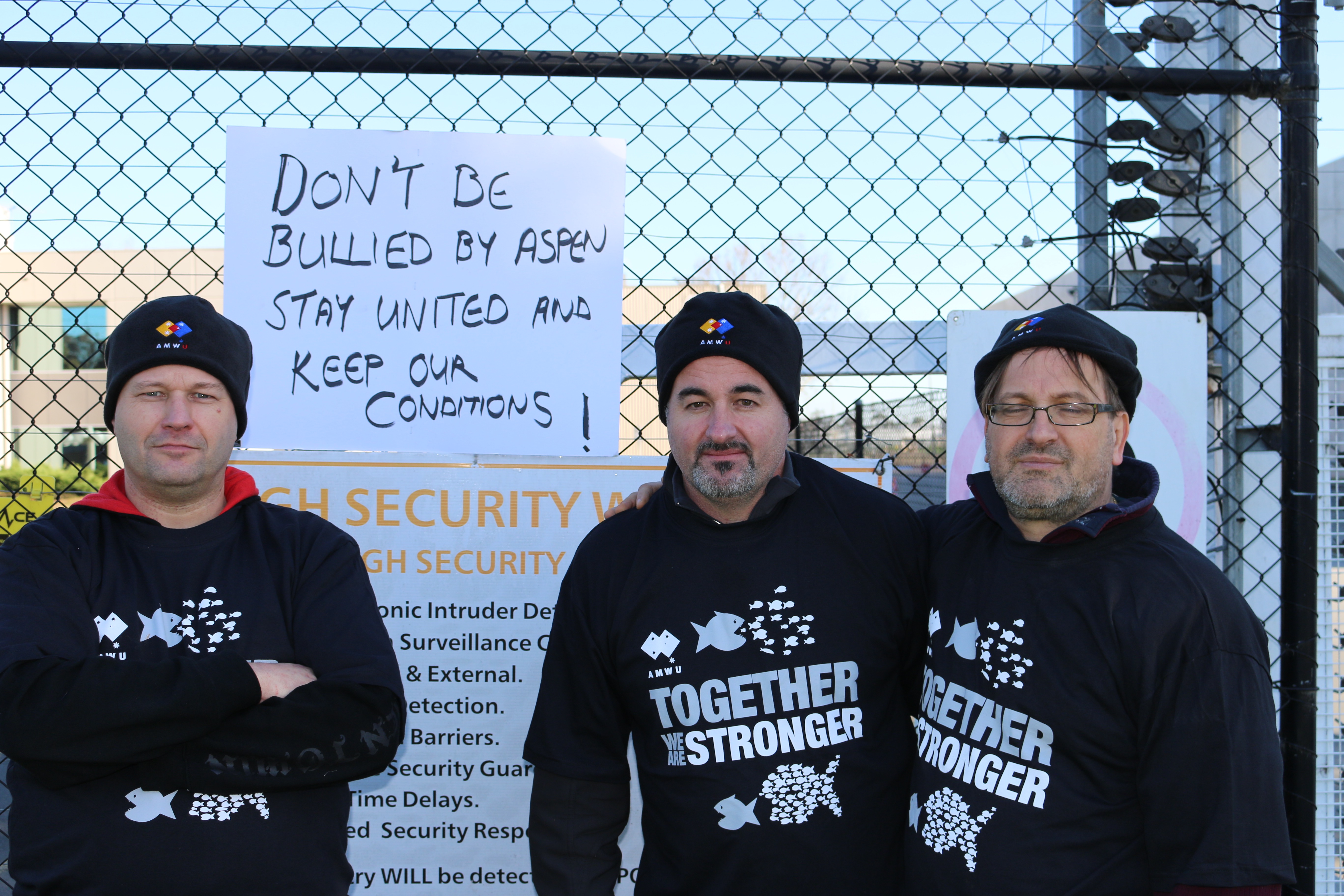 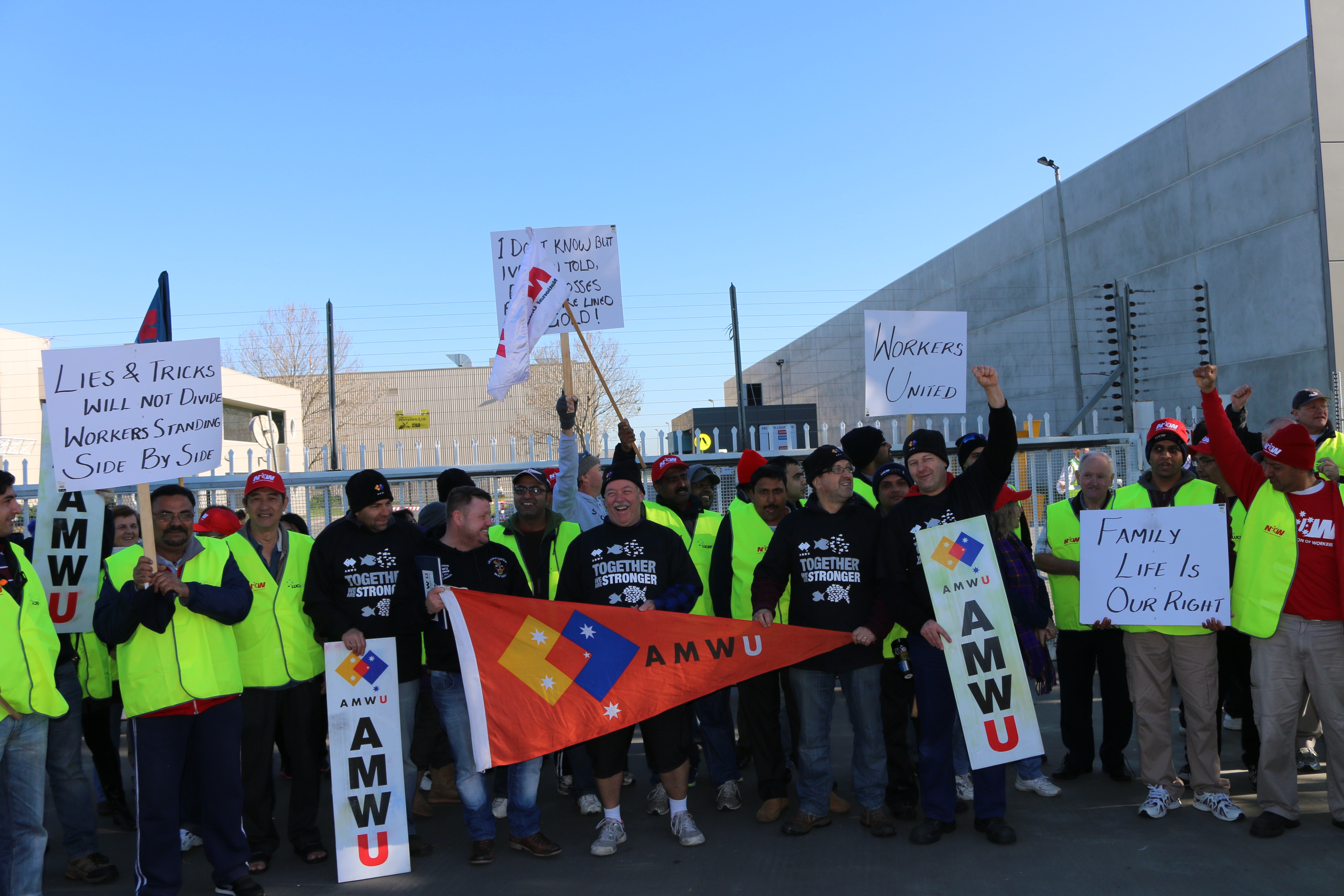 The workers united will never be defeated! 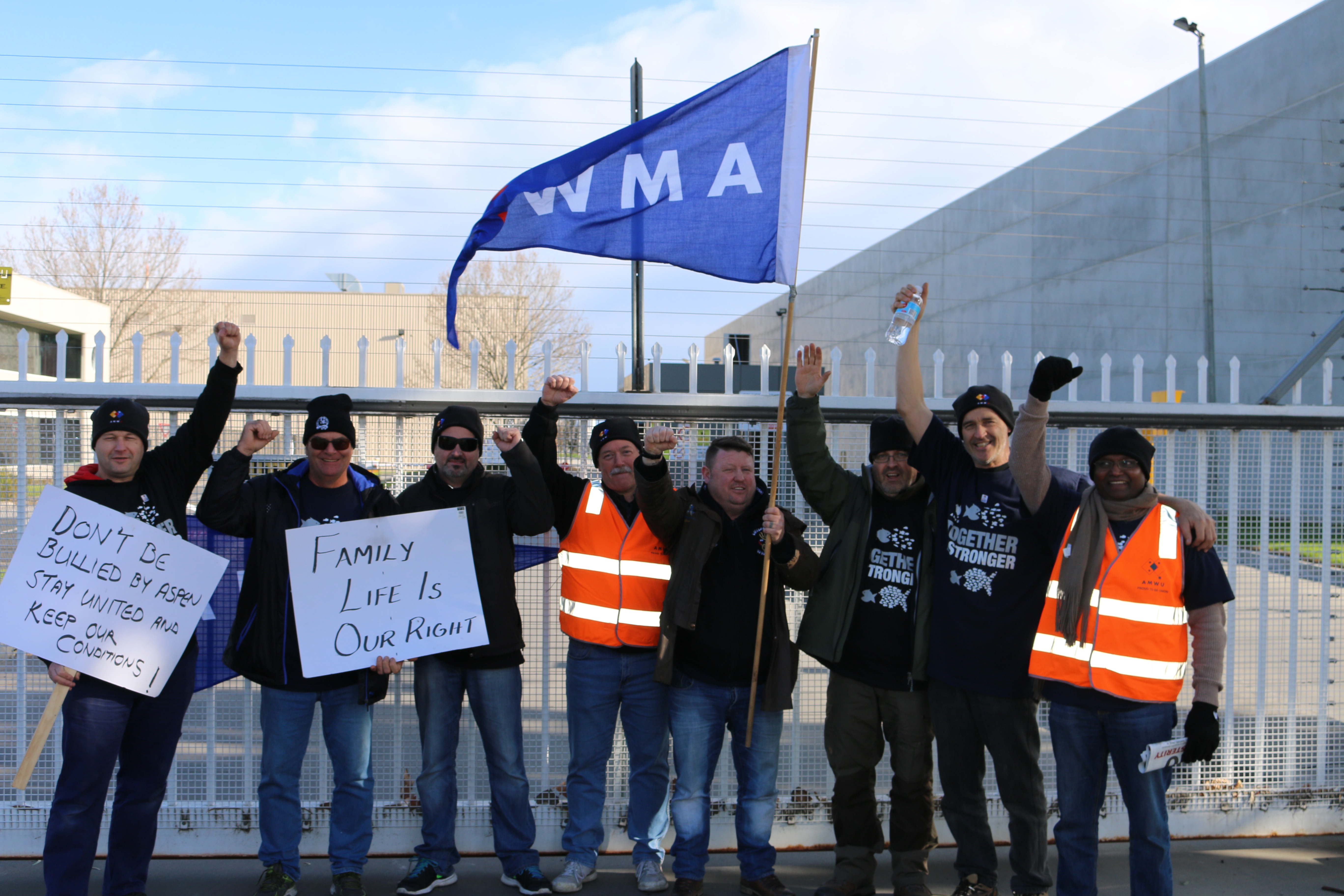 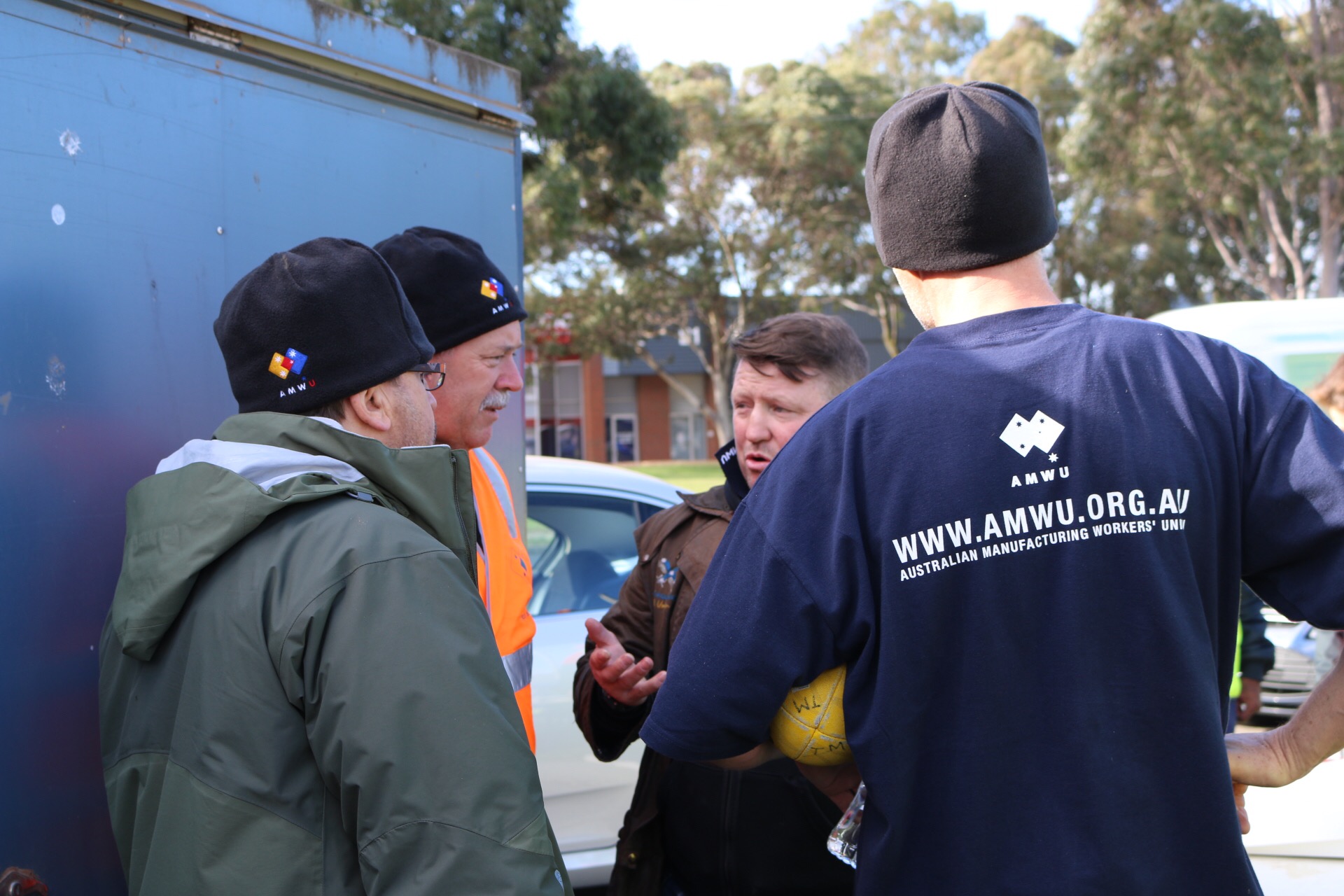 AMWU organiser Toby Paterson with some of the AMWU members 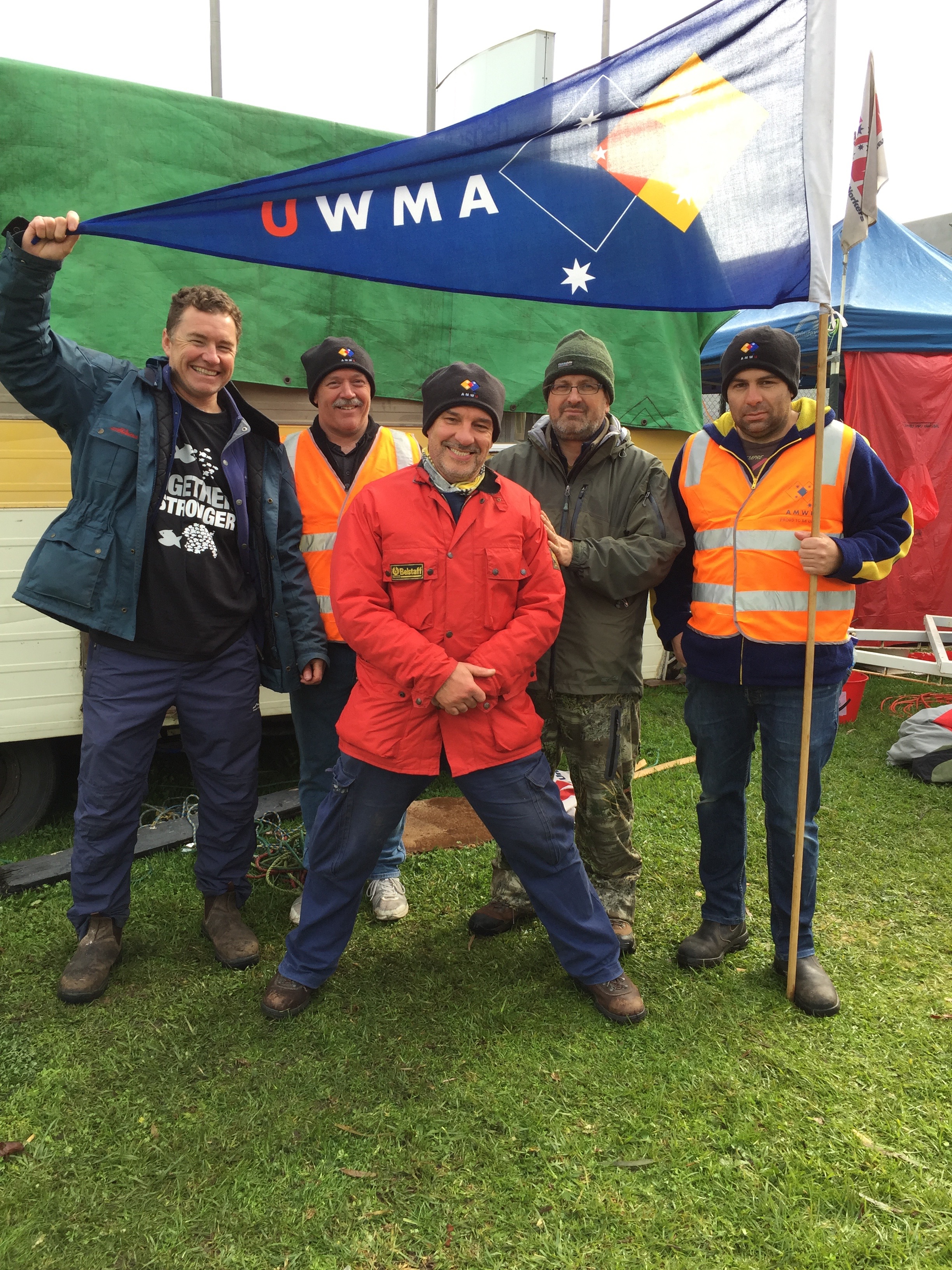 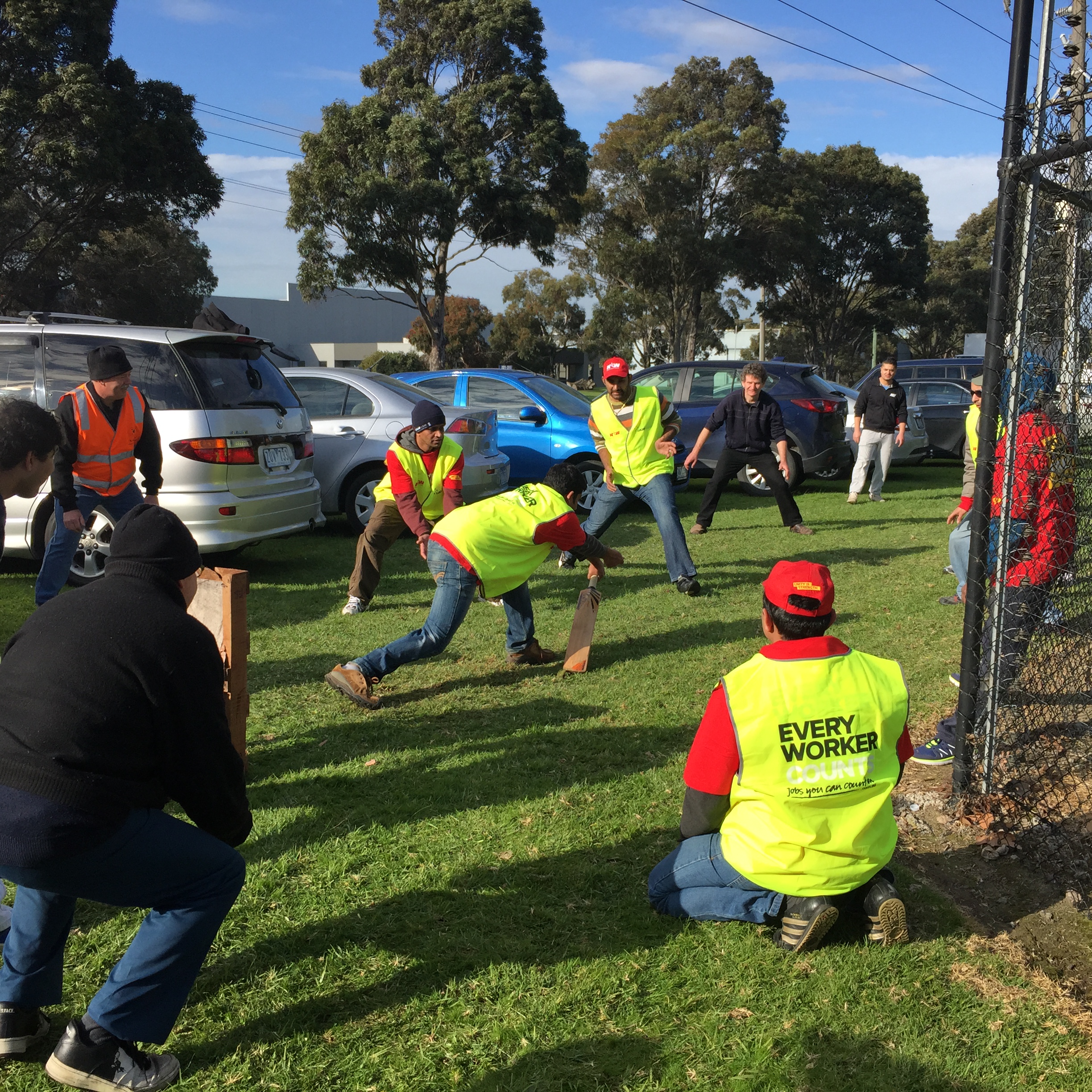 It's not a picket line without a game of cricket! 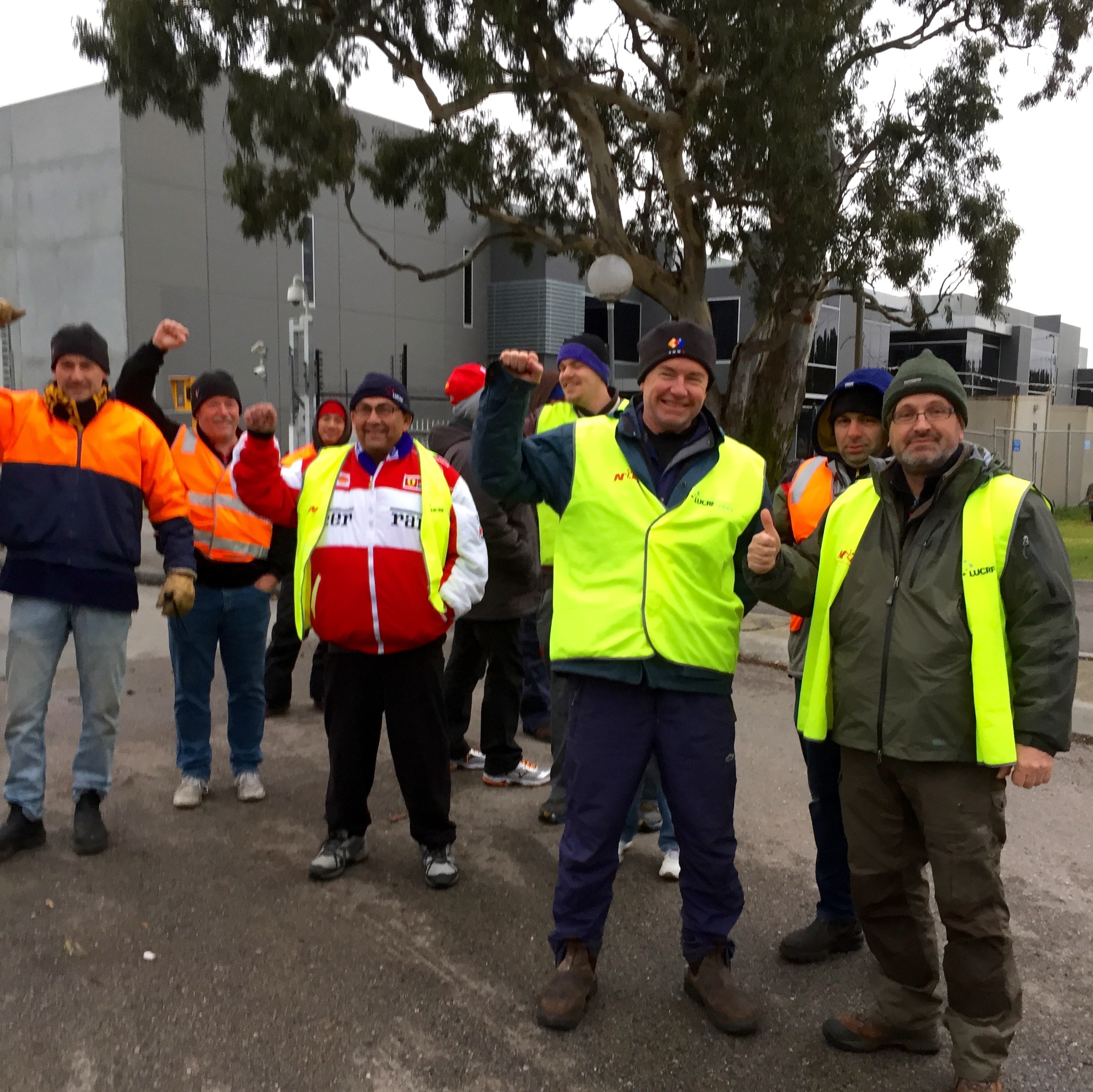 Day 8, and the workers are strong & united!