The AMWU has urgently alerted our automotive members in workshops and garages which service Toyota utes and vans to be on the lookout for counterfeit brake pads made with deadly asbestos.

Our union has emailed a warning to members, particularly auto technicians, not to use or handle the cheap  brake pads which are feared to have been imported with fake Toyota packaging in their thousands after being advertised on the internet.

The brake scandal follows safety concerns about Chinese-made wheels, with the AMWU demanding  the Turnbull Government explain how it’s new Border Force could have allowed  potentially lethal automotive parts to get through customs.

Recently, our Vehicle Division National Secretary, Dave Smith, wrote to Toyota offering to work together on implementing precautions to ensure automotive workers are not exposed, with those most at risk understood to be outside the official Toyota dealership network.

This could number up to 100,000 auto technicians at independent workshops who service HiLux utes and Hiace delivery vans sold in the past decade. 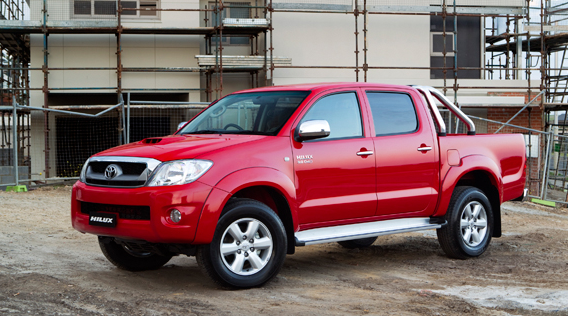 Hilux: more than 400,000 of the rugged Toyota vehicles purchased in the last decade in Australia could be effected.

The company has already instigated Federal Court action to try and combat distribution of the fake parts and is working with the Australian Competition and Consumer Commission and Border Force.

Mr Smith advised members to double check the brake pads they were expected to install were genuine Toyota parts rather than the counterfeits imported by unscrupulous dealers then sold cheaply online.

“Talk about it with your workmates, ask your boss about suppliers to make sure that the parts you are being given to install and test do not contain asbestos,” he said.

Workers in the industry are being encouraged to provide tip offs and feedback using the Toyota Asbesto Brakes Feedback Page. 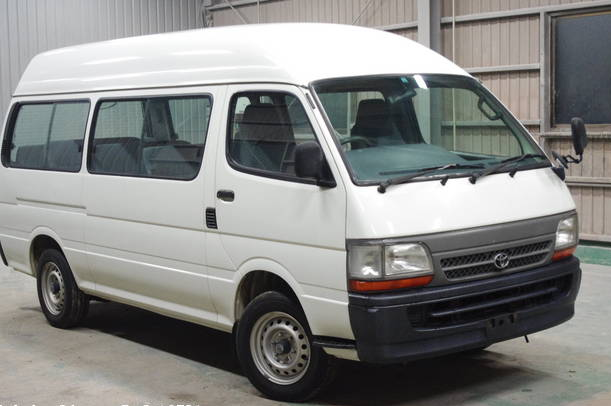 Hiace: over 100,000 of the the workhorse vans have been sold in Australia in the past decade.

AMWU National Secretary Paul Bastian said it was appalling that our members were again potentially exposed to imported auto products containing asbestos, after the carcinogen was found in more than 21,000 Great Wall cars imported from China in 2012.

He feared that Government cuts in customs inspections could see more unsafe products making their way into Australia.

Last month it was revealed that the 500,000 wheels imported from China each year are not tested to meet Australian Design Rules, with testing at Holden’s research site showing many alloy wheels cracked after hitting bumps at low speeds.

“Asbestos has been banned in Australia since 2004 but we keep seeing cases of that material getting through customs, into the country,” Mr Bastian said.

“It’s likely to be another consequence of Government cost-cutting, which puts our members at risk. Our priority now is to make sure that unsuspecting auto workers aren’t exposed to this dangerous substance”

Do you know more about the Toyota counterfeit brakes? CLICK HERE TO TIP US OFF.