The AMWU this week clawed back gains on two fronts in the auto industry with a final enterprise deal for Toyota workers and a back down by the Abbott Government. 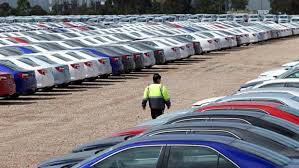 The AMWU this week clawed back gains on two fronts in the auto industry with a final enterprise deal for Toyota workers and a back down by the Abbott Government.

More than 90 per cent of Toyota workers nationally voted to approve two final enterprise agreements for manufacturing and warehousing, which give certainty and outstanding packages to members when the carmaker departs.

Sustained union and community pressure also led to the Government abandoning its $900 million cuts to the Automotive Transformation Scheme.

It gave hope that parts makers would continue to 2017, but was “too little, too late” according to National Vehicles Secretary Dave Smith.

“The Government will likely only spend $100 million of this money, all they’ve done is recognise they will never get the ATS cuts through the Senate,” he said.

“It’s a cynical political exercise to dress up their back down.”

The money is tied to Australian car manufacturing rather than helping more components makers to diversify into export markets.

“If the Government had chosen to support the industry and its 50,000 workers 18 months ago, the falling dollar would have resulted in the industry being export competitive again, “Mr Smith noted.

“The industry would be employing again, not winding down.”

The AMWU wants all the ATS $500 million – plus $400 million which had been earmarked for after the car maker’s closures - re-directed back into component  makers, after-market services, the truck industry and other auto area which can grow and create jobs.

This reform would help make them more viable and able to absorb a bigger portion of the thousands of jobs likely to be lost when the carmakers close.

On Toyota, Mr Smith said he was confident the AMWU had secured 2000 members certainty to 2017 with a package giving them the best possible chance to plan and train for their employment future.

“Now that the union has secured certainty over the closure arrangements, we will be putting all our efforts into working with governments and industry to create alternative jobs,” he said.

“Jobs mean everything to our members and we won’t let them down.”