Cowan is an electorate in the middle and outer Northern suburbs of Western Australia. The recent redistributions in the seat saw the loss of typically Liberal suburbs and the gain of strong Labor suburbs in Perth, which saw the margin fall sharply from 7.5% to 4.5%. Cowan has previously been referred to as a ‘reverse’ bellweather seat as the electorateis normally won by the party that loses the election. Further no Liberal or Labor MP has held the seat for more than three terms.

The sitting member for Cowan Luke Simpkins has been the member since the 2007 Federal election. Prior to election Simpkins was in the Military Police unit of the Australian Army. Simpkins is an outspoken social conservative: he was one of few Liberal MPs that walked out during the apology to the Stolen Generations, has supported the anti-worker Australian Building and Construction Commission, supports restricitons on the right of working people to organise in unions, has voted very strongly for 457 visas and does not believe in marriage equality.

The candidate differentiation between Anne Aly, the Labor candidate and Luke Simpkins could not have been more stark. Prof Anne Aly is a world-renowned counter-terrorism at Edith Cowan University. Whilst raising her children as a single mother she worked in a minimum wage job teaching English as a second language. She is a National Tertiary Education Union member, understands the need for respect at work and a health care and education system that works for all.

As usual the four pillars of Labor’s policy, education, health, jobs and public transport were popular with the electorate. Although, due to the population and housing growth in Cowan, one of the most popular issues that continued to arise was infrastructure investment including roads, public transport and NBN. The Save our Weekend campaign ran by United Voice and the Shop, Distributive and Allied Employees Association had the most commonly shared, commented and liked posts by residents of Cowan. This showed how crucial popular penalty rates and respect at work was at this election. Despite Cowan being a multicultural electorate, another issue that was continually raised was immigration.

A number of people raised fears over refugees and ‘immigrants taking their jobs’. Although once volunteers talked to people about these fears they found that there concerns were about job security rather immigration. These fears were usually overcome by talking through Labor’s apprenticeship plans, revised 457 visas and WA Labor’s ‘Plan For Jobs’.

As the Field Organiser for Cowan, it was my role to recruit and coordinate volunteers in order to persuade as many potential volunteers as possible. In a three month period the campaign recruited 212 volunteers and held over 100 volunteer recruitment meetings. Cowan volunteers were either progressive community members, Labor party members or members of WA Young Labor.
Volunteers took part in a number of activities in order to reach Cowan voters and persuade them to vote Labor.

The most effective of these activities was door knocking. Door knocking gives volunteers an opportunity to have a face-to-face conversation with residents, as well as giving voters an opportunity to put a face to the campaign. We focused our efforts on highly persuadable suburbs such as Landsdale, Ballajura and Wanneroo. Overall the Cowan campaign knocked on over 10 000 doors.

Another popular technique was phone banking. Volunteers would call undecided voters whom we deemed to be highly persuadable; this targeting ensured that we were reaching out from voters that needed to hear from us the most. Phone banks occurred roughly three times a week from our Malaga office. As the campaign grew so did our call sessions, by the end we had 15 volunteers each night turning out to our tiny office. I was very proud of our calling effort, we made over 25 000 calls and had nearly 7000 conversations.

To add to our field effort we were also highly visible in the electorate. Volunteers also took part in ‘honk and waves’; train station handouts and shopping centre walk-throughs.

I’d like to thank the Australian Manufacturing Workers Union for giving me the opportunity to be a Field Organiser in the Federal Election. 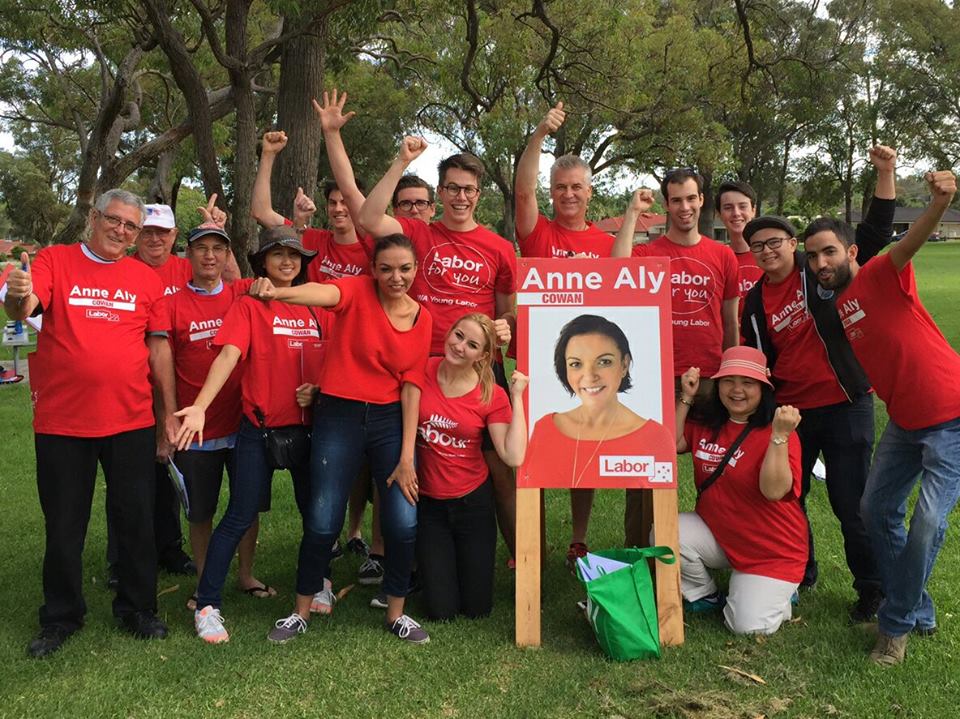