Meritor are a global supplier of heavy vehicle drivetrains but our AMWU members there are giving local schoolkids the drive to learn by fuelling them up in the morning.

Every Wednesday two of our members arrive down at the Sunshine North Primary School ready to serve bread, milk, toast and cereal to make sure children who might not get a breakfast at home have a full feed before the day’s classes.

AMWU delegate at Meritor Jerry Brown said the workers happily volunteered to take turns for the “Best Start” breakfast club run, which they finance through every dollar they feed into the coffee machine in the canteen during their daily breaks.

Sunshine is located in Melbourne’s industrial west and when the school did a survey some years ago, it found that up to 140 of its 300 pupils were arriving at school each morning without any breakfast.

“There’s children from a lot of different cultural backgrounds, it’s a low socio-economic area and sometimes there’s no breakfast in the mornings. Parents may have to rush off to work very early, the kids get up and come straight to school,” Mr Brown said.

“Knowing a breakfast is there encourages them to get to school early. The kids get to know you after a while, we have our names on our jumpers and we form a good relationship – they’re good kids.”

Mr Brown said it was deeply fulfilling for the workers to be able to participate in ensuring the coffee funds they donated had a truly beneficial local community impact. 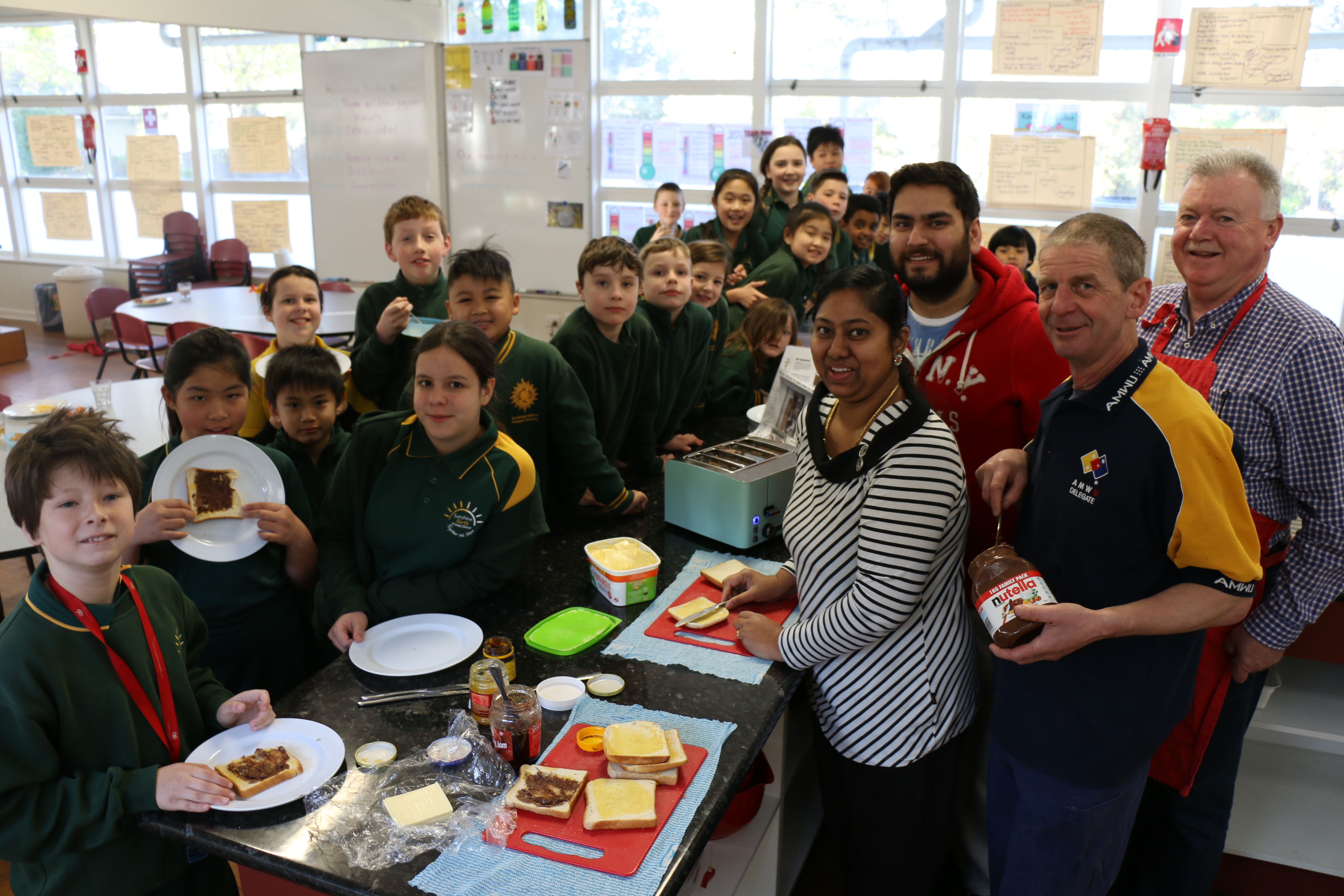 AMWU members and Meritor managers struck up the relationship with the school through their “Great Place To Work Committee” , which has extended from the breakfast club to also helping fund sports uniforms for disadvantaged children from Sunshine North.

“We were at a point where nearly half the school weren’t eating before classes and  it had an impact on childrens’ learning – Meritor and its workers have been very generous in improving that situation,” he said.

“Our kids can see that other adults beside their parents and teachers can help them in their lives.

“It’s a healthy thing, the Meritor guys give more than money, they volunteer their time for these kids and maybe come away feeling pretty good, which might mean they have a more productive day at work.”