Allwater under the pump over time off

Workers who keep Adelaide’s water drinkable have taken action against Allwater’s efforts to turn off the tap on their annual leave rights and other precious family time.

On Tuesday AMWU members went with the flow of about 170 unionists down Wakefield Street to rally outside Allwater’s city headquarters, the second time recently it has been deluged by workers on strike for the day.

About 200 employees who treat the water and maintain filtration plants, tanks and valves across Adelaide took protected industrial action after eight months of frustration as the company tries to cut conditions in its enterprise agreements. 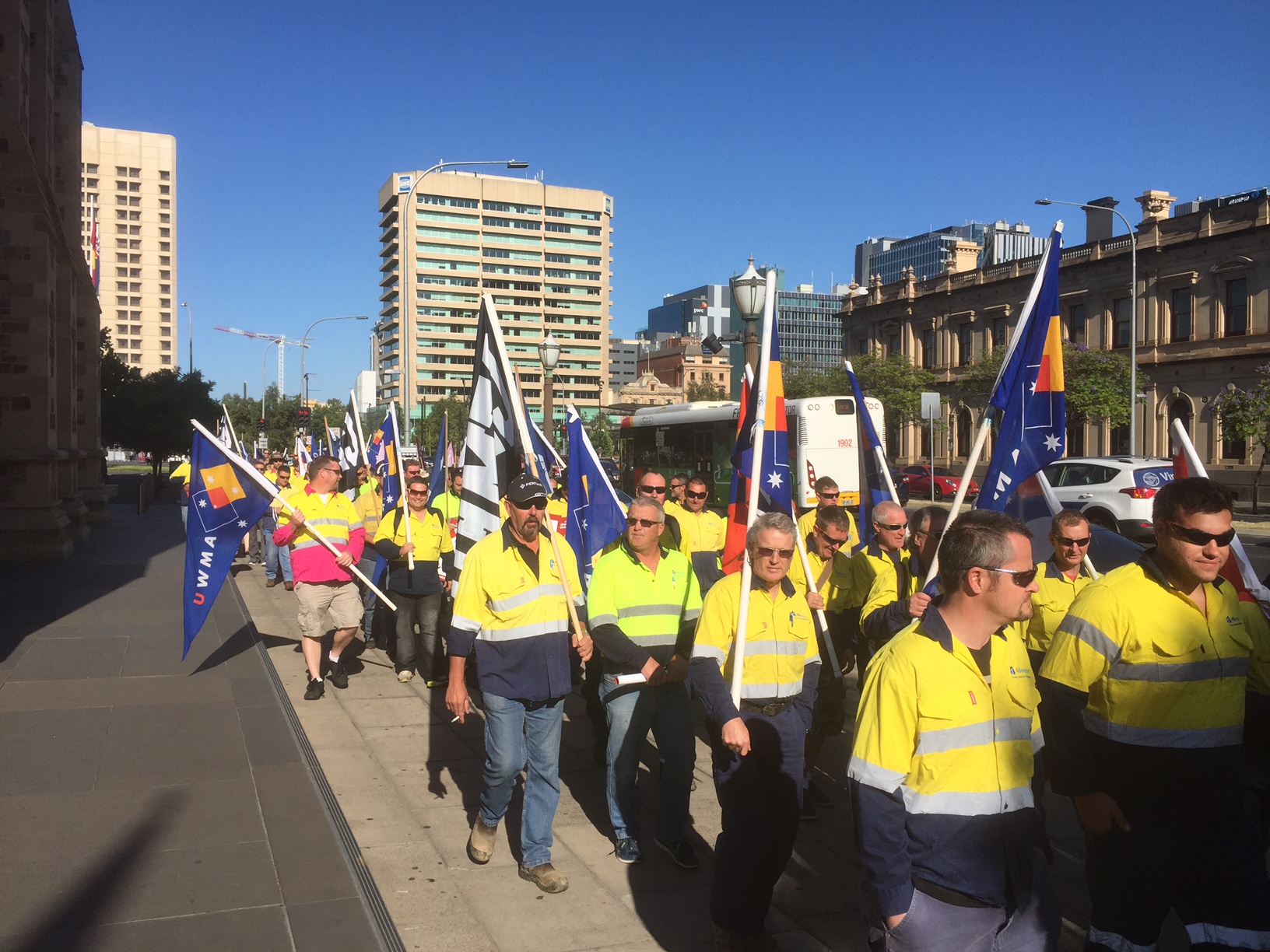 Their vital work covering potable water hygiene, sewerage and recycling requires a rotating emergency on-call roster outside work time, everyone taking a turn at least once every 4-7 weeks.

Allwater wanted to cut out monthly RDOs but still expected them to remain on-call during nights and weekends without any proper compensation.

Members from three site unions sent that plan down the drain, but now want their agreement re-worded to lock in the RDO so the company can’t undermine it for future workers as well as existing employees.

Members also voted to take protected industrial action because Allwater wants to reduce the amount of leave a worker can accrue before being forced to take a fortnight’s holidays down from eight weeks to six.

The AMWU represents almost 100 maintenance fitters, operators, and supervisors at the site.

Fitter Jim Love said Allwater was trying to exploit the EBAs handed down from when the government-owned SA Water ran the system to water down conditions members had for 20 years.

“They’re finding any leakages in these old, loose agreements to attack us,” he said.

“It really disappoints us because we know the same company has water contracts interstate where guys are on far better conditions.”

AMWU organiser Stuart Gordon said:  “What our members are most upset about is management seeking to impose on their family time, both through trying to water down their paid day off and attacking their annual leave rights.

“We won’t tolerate them attacking established conditions, to dilute our members’ quality of life.”

Demanding answers (below): Allwater employees from across Adelaide gather outside the company HQ in the CBD. 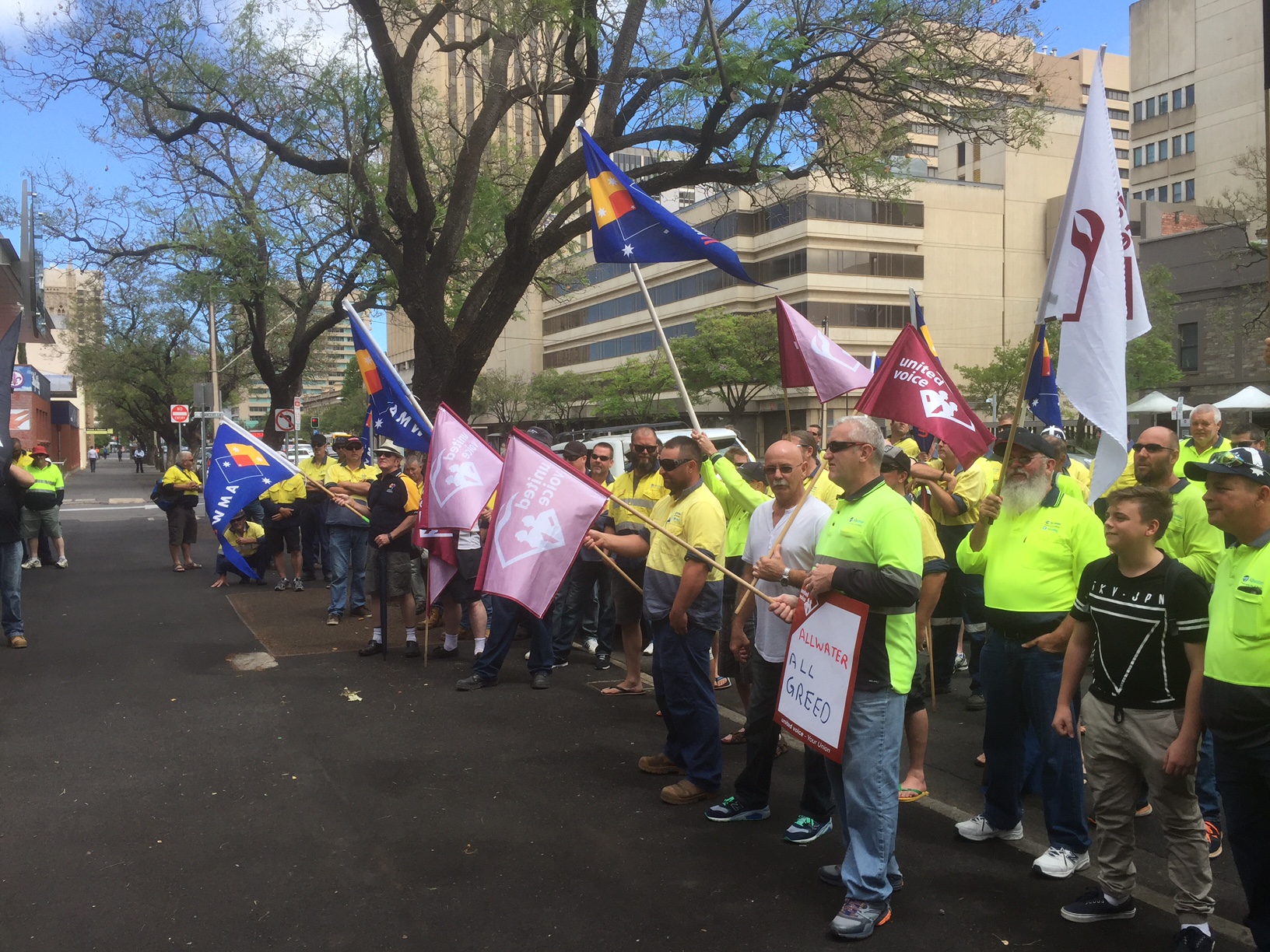