Union members working on mega-projects at Sydney’s Barangaroo and Darling Harbour are poised to take protected industrial action after employers strung out talks on a new contractors’ agreement for months.

The AMWU sheet metal workers could bring construction sites across greater Sydney to a near-standstill, including the $6 billion Barangaroo Point precinct plus the new Exhibition and Convention centres at Darling Harbour.

The way was cleared for protected action - including an indefinite strike -  after the union gained Fair Work Commission approval  on the back on an overwhelming vote by 400 members.

The sheet metal workers install the air-conditioning systems for buildings under construction and any industrial action would stop fit-out, plastering and all internal building work.

A final vote to decide on what industrial action to take will be held next Tuesday (July 14) at UnionsNSW Trades Hall in Sydney. 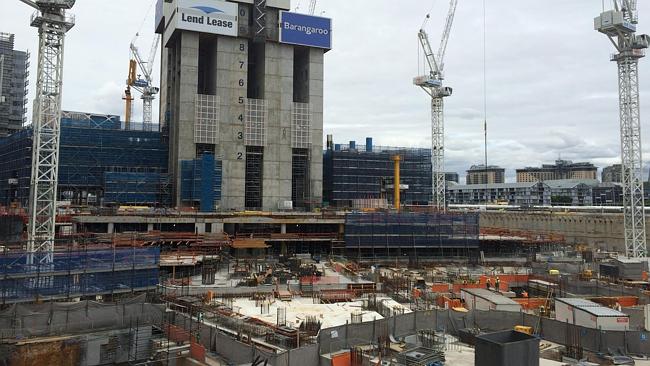 The AMWU has been trying to negotiate a new contractors agreement for the past three months with the Australian Mechanical Contractors Association, which represents seven large sheet metal companies.

The workers want an hourly site allowance matching the building industry scale, the existing award incorporated into the new agreement and wage rises of five per cent yearly over a three-year agreement.

They rejected an employer offer of 5,3,3 and are determined to take industrial action on projects across NSW unless they get pay justice and award inclusion granted.

“These NSW metal workers  are on an hourly rate way behind that of Victoria and Queensland so they feel there’s a very strong case for wage justice here,” said AMWU organiser Fergal Eiffe

“Our members are prepared to take protected industrial action, which would have a huge impact on  the sheet metal companies, with implications for  project  builders including Lend Lease and Grocon.”

Steve Isberg, on the AMWU Consultative Committee, said indications were that members would vote at mass meetings next week to go out indefinitely.

He predicted the project builders, including lend Lease at Barangaroo, would put intense pressure on the contractors to settle with the AMWU.

“Without the air-conditioning going in they can’t progress, they can’t put the ceilings up without the services,” he said. “The Contractors Association said ‘do what you have to do’, they’ve tried to back us into a corner and this is really the only option we have now to get a fair outcome.”

Listen to our our radio ad here