The AMWU’s shipbuilding membership this week turned the spotlight on the Abbott Government’s  strategy  to abandon its election pledge that Australians will build our next generation of submarines.

National Secretary Paul Bastian called out the Government for quietly moving towards building the 12 submarines offshore instead of at the Australian Submarine Corporation in Adelaide as it promised.

An AMWU “telephone mass meeting” hook-up of over 250 shipbuilding members was told that only intense campaigning across Australia would force the Government to stop exporting thousands of skilled jobs. 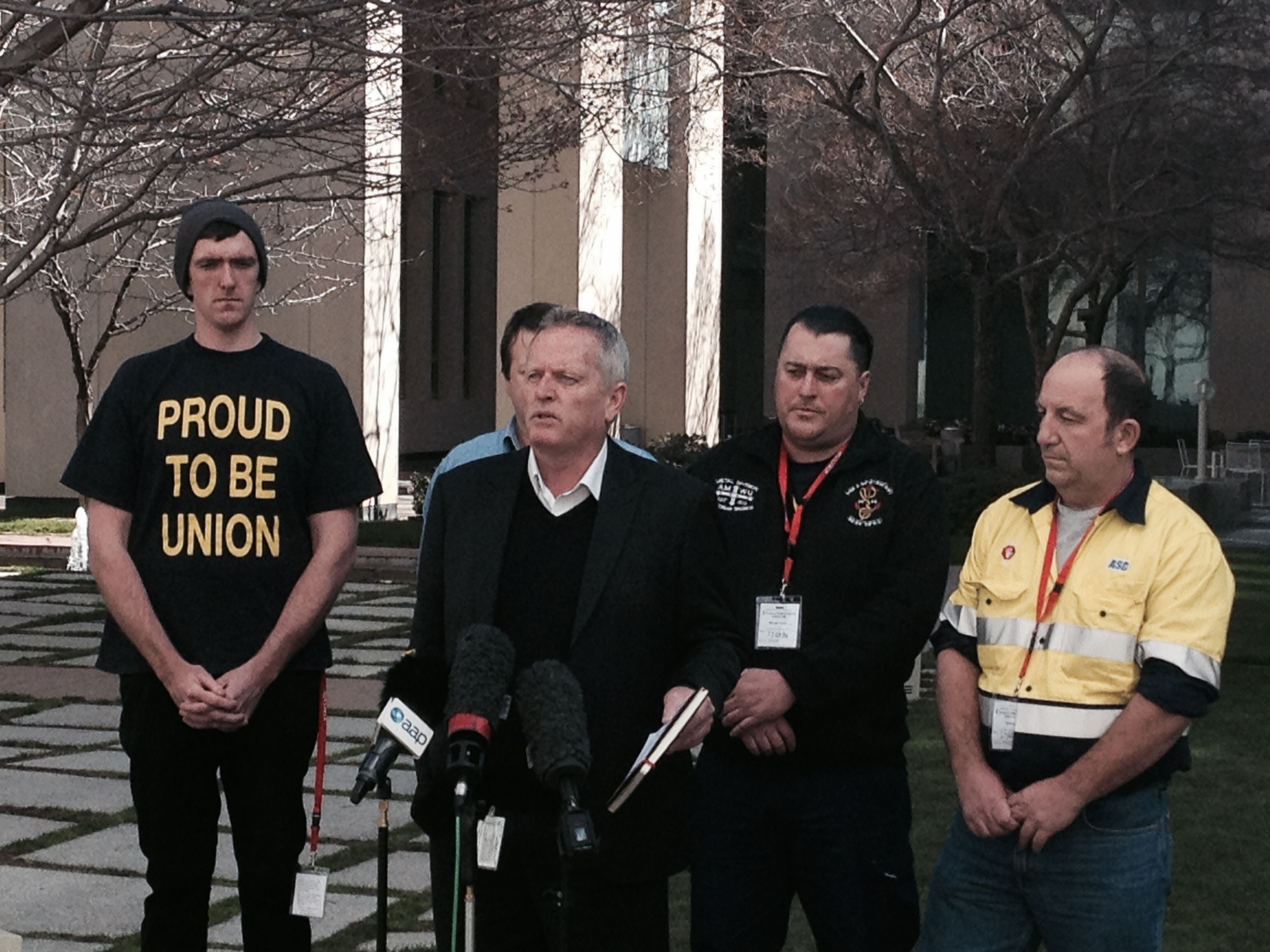 Mr Bastian also urged members to get active in lobbying their state MPs to get  every State Government to sign  on to the South Australian Government’s initiative committing to Australian shipbuilding.

It came the same day as:

Mr Bastian said the Government’s “reckless move” to hand our $36 billion submarine project to Japan also risked the nation’s defence, with Navy and defence bureaucrats both wanting an Australian design and build rather than Japan’s Soryu-class.

“PM Tony Abbott and Defence Minister David Johnston have embarked on a stealth mission with the Japanese defence industry to sink Australia’s  potential  to design and build the biggest maritime project in the nation’s history,” Mr Bastian said at Parliament House.

AMWU concerns were validated by the visit of 16 Japanese submarine experts from Kawasaki Shipbuilding to ASC in Adelaide and Perth this week, which the Abbott Government kept secret from the SA Weatherill Government.

Defence Minister Johnston defended it as “simply business as usual."

Assistant National  Secretary Glenn Thompson said the Senate Committee’s report into the offshoring of replacements for HMAS Supply and HMAS Sirius had vindicated the AMWU’s push to get the tenders re-opened.

The report showed Australian shipyards could still upgrade to complete new or hybrid builds, giving lie to Senator Johnston’s claims they didn’t have that capacity.

The Committee also found that all future navy acquisitions should be an open tender process and they should prioritise high-value Australian content.