Hundreds of concerned workers from across the mailing, print and postal industries rallied outside Australia Post Headquarters in Melbourne’s CBD on Wednesday.

Workers made sure their message was heard with frequent choruses of high-pitched whistling coming from whistles that were handed out to each rally-goer on arrival.

Workers are angry at the proposed changes to slash Australia Post services and double prices. This will see an inevitable cycle of price rises, service cuts and steeper mail volume declines, all of which puts at risk tens of thousands of mailing industry jobs.

The AMWU along with CWU, CPSU, NUW and CFMEU have joined forces and have been fighting hard to get members’ message to Canberra.

The campaign has successfully gathered thousands of signatures in a petition against the proposed changes and this coming Saturday a convoy of ‘posties’ on their much loved red motorbikes will depart Melbourne for Canberra to deliver the petition in person.

AMWU, National Print Secretary Lorraine Cassin, speaking at the rally said that “it was not up to CEO Ahmed Fahour to destroy an Aussie icon” and that he needed to consult with Australia Post workers and the wider community.

Ms Cassin also urged the Communications Minister Malcolm Turnbull to implement all recommendations from a recent Senate Inquiry, which would see a strategic industry roundtable established with a mandate to work through the opportunities and challenges facing the industry.

“One thing’s for sure,” Ms Cassin said to the sea of workers and supporters, “we fight to win and we won’t stop until we do!” 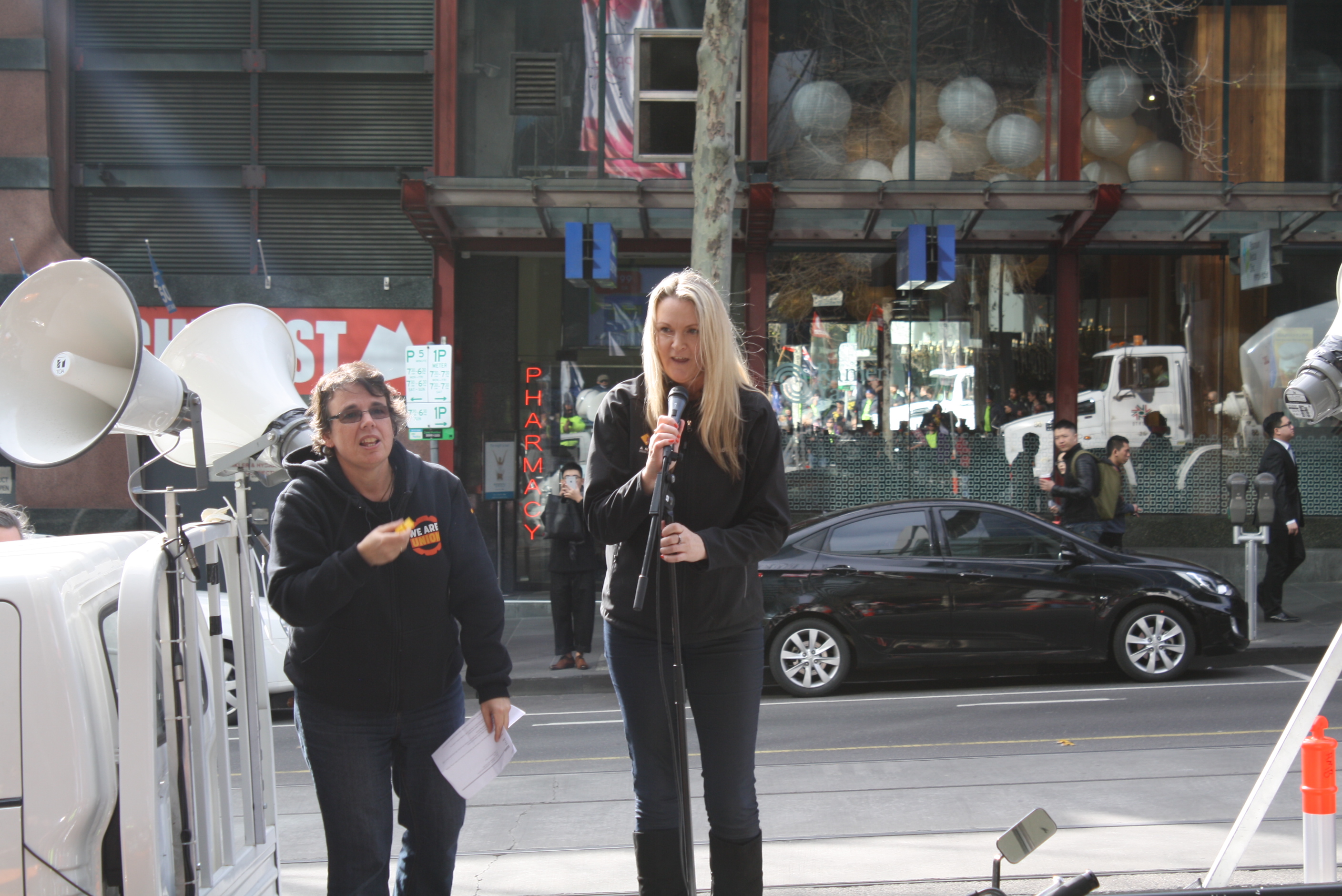 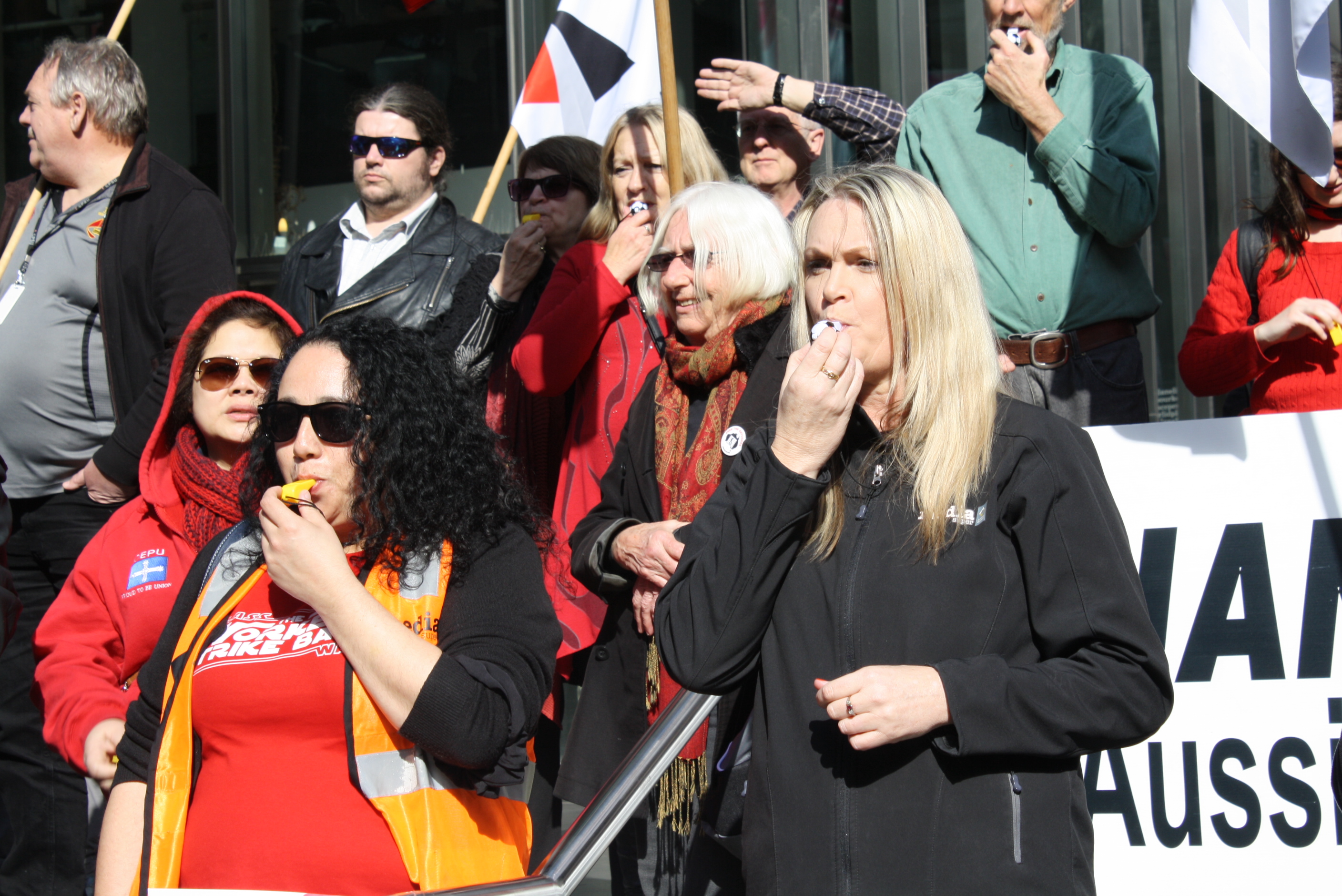 The rally ended with a resounding cacophony of applause and whistles, which could be heard throughout the entire Melbourne CBD.