IT’S been a long time between drinks but AMWU members at Zooper Dooper maker Daily Drinks are set to finally have their skills recognised as part of their new enterprise agreement.

Over 100 members at Daily Drinks recently voted up the new agreement with the extra taste of nearly a year of backpay on top of an annual wage rise of 2.75 per cent.

But their biggest concern is getting their production skills formally recognised, which will give  workers a clear career path and incentive to work for higher wage levels.

“For now we’ve maintained our current classification structure but we’ve given them a grace period for the life of this agreement to work with us to get it restructured and improved,” said delegate Glen Cardilini.

“If they don’t move on it properly with us, we’ll make them bring in a registered training organisation as we have the right to do.”

Daily Drinks, a subsidiary of Nathan Lyon in Smithfield, makes ice treats and juices including Zooper Doopers and Prima. 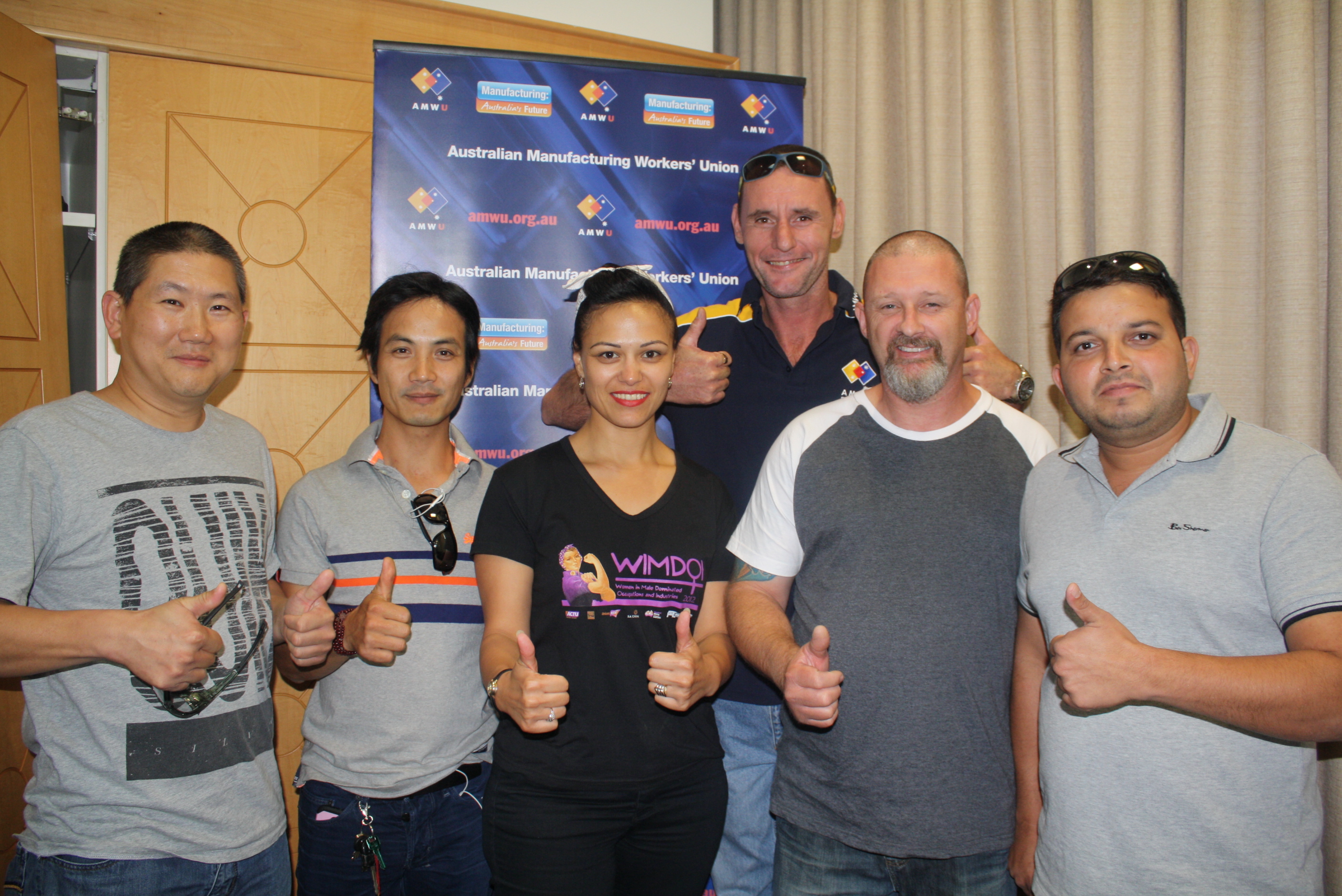 Mr Cardilini said negotiations were at a stalemate late last year but the company caved after workers rejected an inferior company offer  111 votes to five and then approved a Protected Action Ballot to take industrial action.

“Soon after a new boss was appointed and he said they would ‘re-consider’ the offer, which ultimately led to the new agreement,” said  delegate Brett Hinde.

“We held our ground by sticking together and we were able to achieve what we wanted.”

Union meetings will be permitted in paid time and Daily Drinks also agreed to automatic payroll deductions of union fees.

“That’s a small step forward, but this agreement has put down a foundation for the future because our members showed such solidarity and determination,” she said.

“Daily Drinks management have been put on notice, our members won’t take ‘no’ for an answer.”