Win for casuals in Launceston

Casual workers at Orora Packaging in Launceston have a welcome opportunity for improved job security after the AMWU last week successfully put the case for conversion to new full-time positions.

Orora agreed  to the change after our Father of the Chapel, Neil Berne, pointed out that a delay in implementing production changes at the plant meant four  workers had been employed as casuals far longer than originally intended – more than 18 months.

He said this had contravened the award and “enough was enough” for people deprived of job security and full-time entitlements.

“The guys are stoked, they are free to apply for full-time positons now,” Mr Berne said. 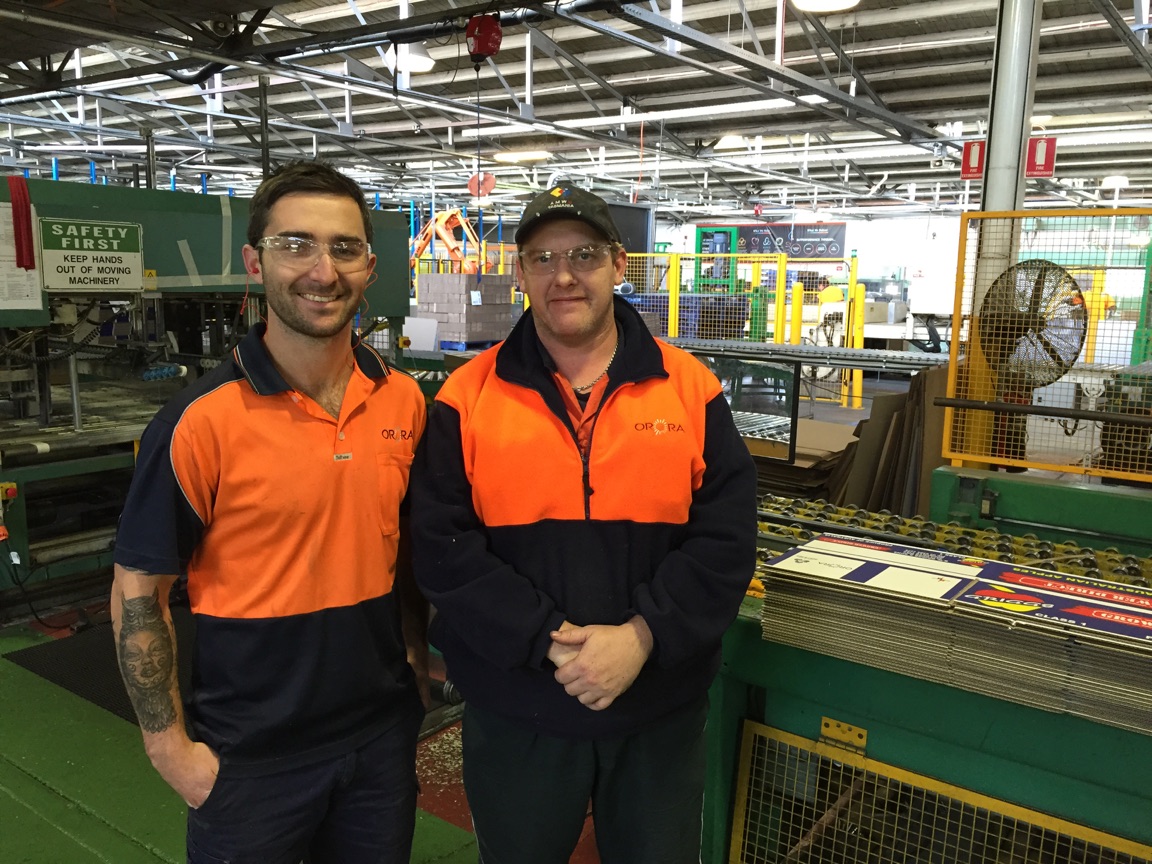 Winning duo: the casuals outcome came as Neil Berne (right) was joined by a new Deputy Father of the Chapel, Anthony Viney.

Modernising production at Launceston was part of the national collaborative process that the AMWU has undertaken with Orora since 2013.The plant produces fibre packaging for customers including James Boags, Cadbury Mondelez, Lyon Dairy and Simplot.

AMWU national organiser Katrina Ford and delegates resolved the matter promptly in a meeting with management in Launceston, with managers at national, regional and local level all approving.

“It was good that management readily agreed to make the change. It’s a sign that the collaborative process with the union is alive and well from a national level down,” Ms Ford said.

The jobs bonus came as our 45 members at the plant voted their approval for machine operator Anthony Viney to become Deputy FOC.

Mr Berne said: “I’ve been a delegate for over two years, but there has been a period when I’ve been sick so it’s good that Anthony will be there now to give some support.”